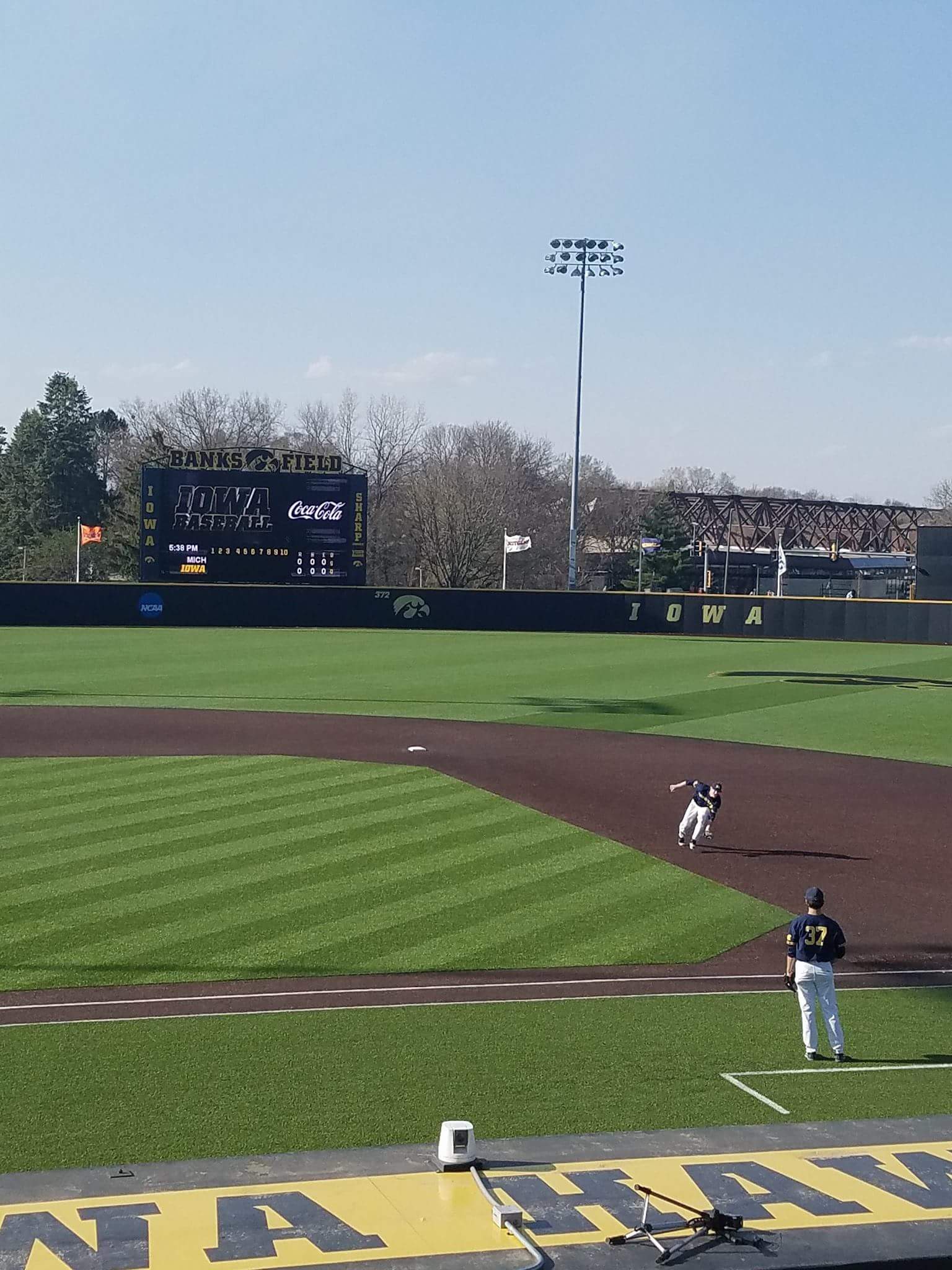 Iowa City, IA – 7th ranked Michigan evened the series with Iowa with a dominating 10-2 victory. Iowa came out strong with a two-run homer in the first inning by Robert Neustrom but failed to score for the rest of the game. Michigan took the lead with a home run in the third and never looked back.

The Hawkeyes were held to 8 hits by 8 different players. Robert Neustrom was 1-4 with the two-run homer. Tyler Cropley was 1-2 with 1 run scored, and he also walked twice. Trenton Wallace was 1-1 with a pinch-hit single in the 9th, his first hit as a Hawkeye.

Iowa struggled to get anything going on the mound. It was another rough start for Brady Schanuel, who only lasted 3 1/3 innings, allowing 5 runs (3 earned) on five hits and one walk while striking out three. He was tagged with the loss as he fell to 5-6 on the season. Nick Nelsen got two outs without allowing a run. Grant Judkins pitched 3 innings allowing 4 runs on 6 hits and while striking out four and allowing no walks. Ben Probst did a nice job wrapping up the game, pitching two shutout innings while allowing 2 hits and 2 walks and tallying 3 strikeouts.

The Hawks will go for a series win over 7th ranked Michigan tomorrow with first pitch at 11am.