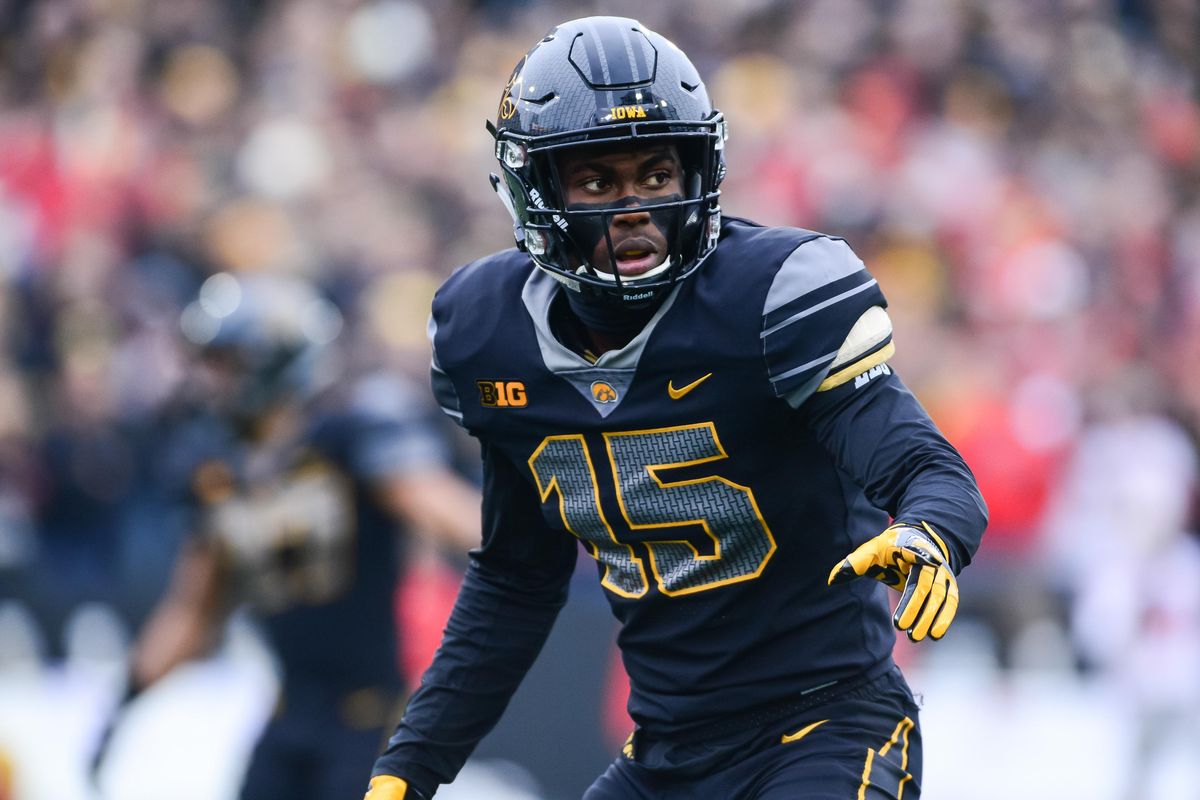 After every season some of our favorite Hawkeye players move on for the next stages in their lives. With several Hawkeyes leaving for the NFL draft, it begs the question “how did last years Hawkeye rookies fare in their first seasons?”

It was a mixed bag for several former hawks in their first season. Beginning with James Daniels of the Chicago Bears. Daniels played in 37 games at several offensive line spots for the Hawkeyes, a number which would have been higher had he not chosen to forego his senior season and enter the 2018 NFL Draft.

Daniels was drafted in the second round with the 39th selection by Chicago. With several predicting Daniels to come off the board in the mid-late first, the Bears got phenomenal value on their new guard. The Bears coaching staff chose to take their time integrating Daniels into their lineup. Daniel shared the guard duties early with Eric Rush, before taking over and starting 10 games as a rookie.

Selected just six spots after Daniels was cornerback Josh Jackson. The 2017 unanimous All-American and Jim Thorpe award winner was selected with the 45th pick by the Green Bay Packers.

Jackson began his NFL career with a battle for playing time. Jackson was the third highly rated cornerback selected by the Packers in the last two seasons, Kevin King in 2017 and Jaire Alexander in 2018. Jackson entered training camp listed as the fifth cornerback on the roster.

Knowing it was going to be difficult to see the field Jackson began working his way up the depth chart. The Packers coaching staff saw the potential in Jackson, naming him the opening day starter at cornerback.  He went on to start nine more games, finishing with 49 tackles, 10 passes defensed, and one forced and recovered fumble. Jackson’s inconsistency and vulnerability to penalties, caused not to see the field on a regular basis early on.

The final player who heard his name called on draft night was linebacker Josey Jewell. The Broncos selected the former 2-star recruit in the fourth round with pick 106. The 2017 Big Ten Defensive Player of the Year, found himself backup to two quality NFL linebackers, Todd Davis and Brandon Marshall.

Jewell has often found himself flying under the radar. Beginning as a 2-star recruit, receiving only two offers, he chose to attend Iowa and battle for playing time. He found much of the same doubt in his preparation for the NFL Draft. The negativity surrounding Jewell’s game stems from his lack of size and athleticism, but as Hawkeye fans know, he is always finds the football. Something Broncos fans came to realize quickly. Jewell found his way on the field in all sixteen games, starting nine and finished 7th on the team in tackles. Setting the groundwork for a long career Jewell looks like he could be a staple in the Denver defense for years to come.

The first undrafted rookie is linebacker Ben Neiman. Neiman signed with the Chiefs after appearing in 53 games for Iowa. Neiman recorded 10 tackles in his rookie season, appearing in 14 games, making one start. Neiman’s only start came on November 11th in place of another former Hawkeye, Anthony Hitchens.

The Tennessee Titans snatched up one of the most prolific runners in Iowa history. Akrum Wadley signed with Tennessee as an undrafted free agent. Wadley finished his career at Iowa 4th all time in rushing with nearly 3,000 yards and 28 touchdowns. Wadley’s college production and physical traits left many scratching their heads when he went undrafted. Even more head scratching was being cut from the Titans after the preseason. Wadley is currently the running back for the Atlanta Legends in the new American Alliance Football League. Wadley joined the AAF with hoping to prove he belongs on and NFL roster.

Offensive lineman Ike Boettger also went undrafted and signed with the Bills in May of 2018. He was cut after the preseason, to be later claimed and released by the Chiefs 12 days later. After being cut by the Chiefs, the Bills claimed him off waivers. Boettger appeared in four games for the Bills in 2018

Another prospect to somewhat surprisingly go undrafted was guard Sean Welsh. Welsh signed with the Washington Redskins as an undrafted free agent. On May 11th Welsh retired from football citing his lack of desire and passion for the game.

For most of these former Hawkeyes not everything went according to plan in their rookie seasons. But what separates Hawkeyes from some other universities out there, is they know what it takes to fight through adversity in order to succeed. With guys like Desmond King, Marshall Yanda, George Kittle, and Bryan Bulaga the blueprint is out there. It’s now up to these guys to keep working and prove they belong in the league.