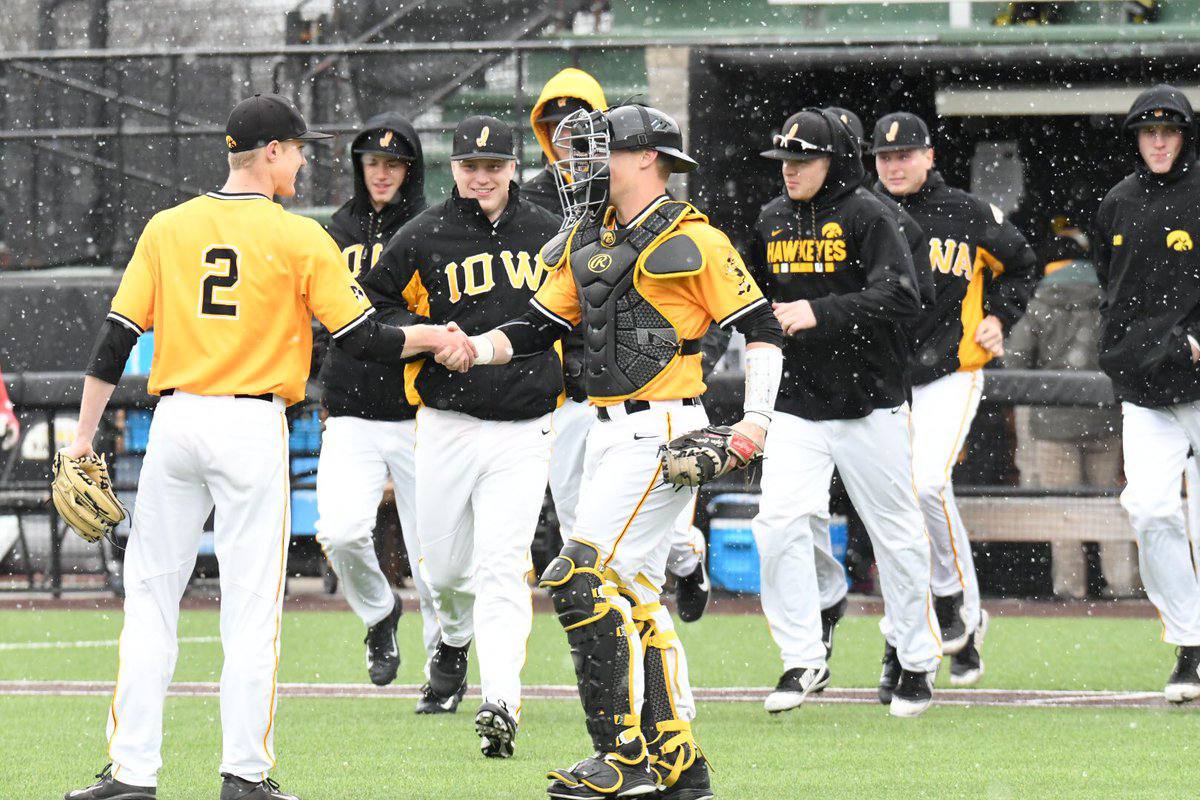 The offensive star was Lorenzo Elion, going 4-5 with 2 RBIs and 1 run scored. Tanner Wetrich was 2-4 with 2 RBIs and 3 runs scored, while Tyler Cropley also had two hits in five at bats, scoring two runs and driving in one.

Iowa improves to 24-13 before an all important conference series against 1st place Michigan. The Wolverines have won 20 games in a row and are 11-0 in the Big Ten. Iowa is currently tied for seventh in the Big Ten, so securing a series victory here would be crucial. First game starts Friday at 6pm.

With a Chip on Their Shoulder