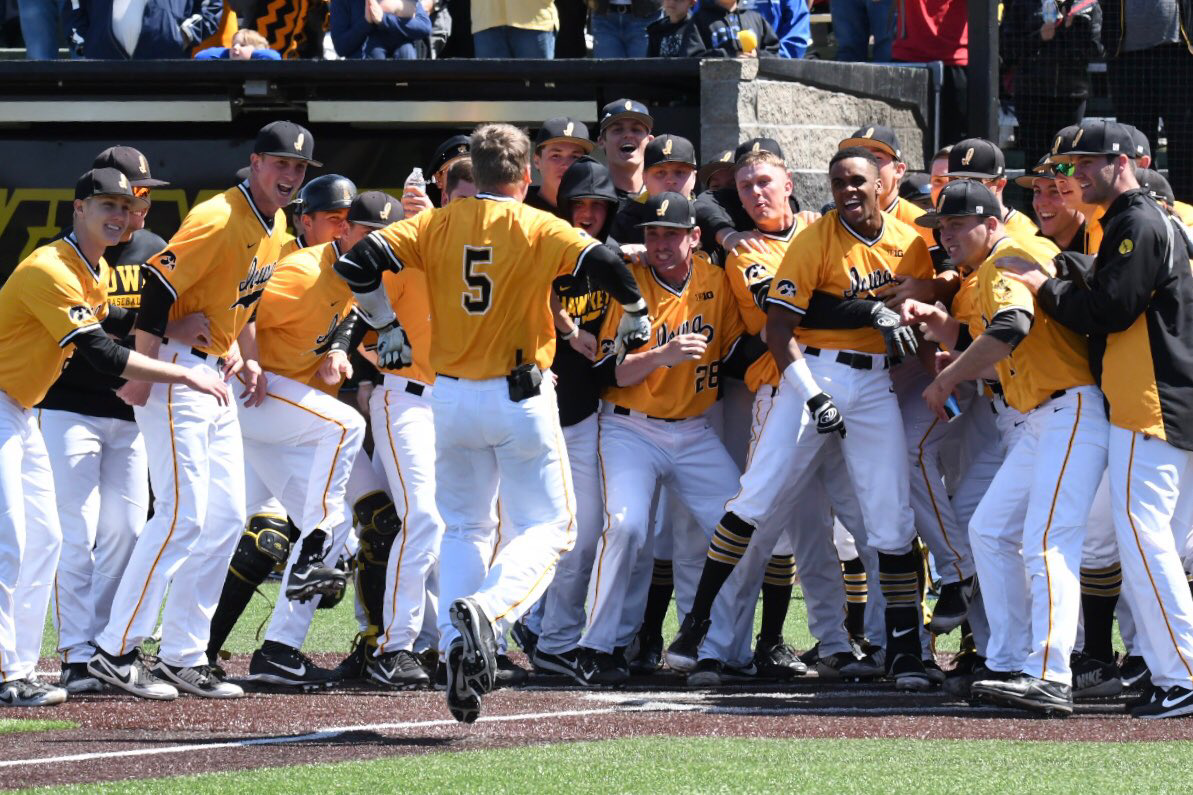 Iowa City, IA – Iowa dug out of a 5-0 hole in the second inning and ended with a bang to earn a series victory over 7th ranked Michigan. A two run homer by Austin Guzzo woke the bats up, cutting the lead to 5-3. In the 7th inning Chris Whelan’s solo shot tied the game at 5. A Wolverine error in the 9th allowed Ben Norman to reach second with two outs. That put Tyler Cropley at the plate, where his two run homer sent the Hawks to a 7-5 victory.

Iowa had a strong performance at the plate. The star was Tyler Cropley, going 3-5 with the walkoff homer. Chris Whelan was 2-5 with a solo homer, Austin Guzzo was 1-2 with a two run homer, and Matt Hoeg was 2-4 with an RBI double.

This win brings the Hawks to 25-14 and 9-7 in conference play. The Hawks have a busy week, with 5 home games in 6 days, starting with Missouri on Tuesday at 3pm.

Hawks Fall to Wolverines, Look For Series Win In Game 3

Hawkeyes Prevail In A Wild One With Okie State