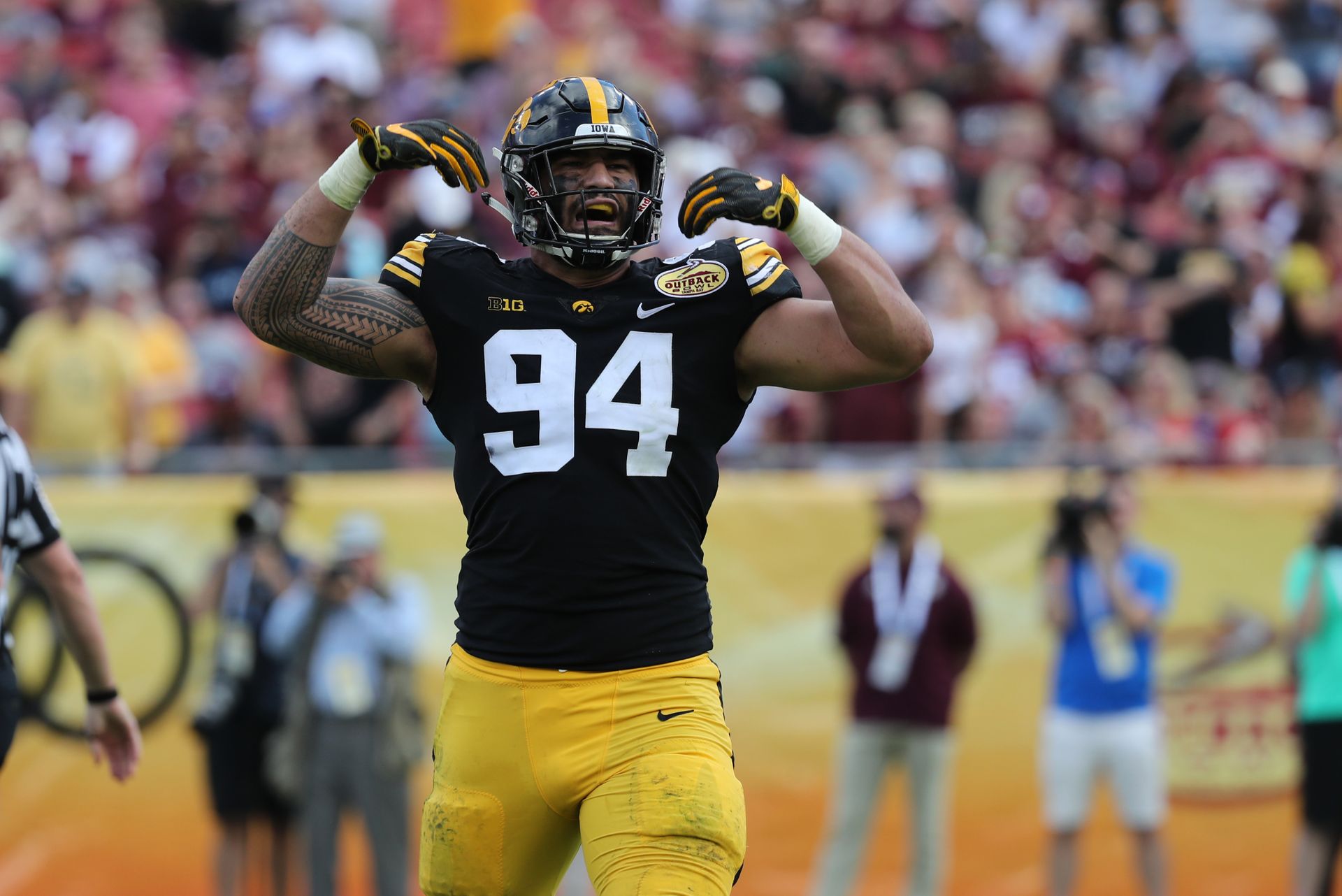 From Edwardsville Illinois to Iowa City, AJ Epenesa, a five-star recruit, received offers to play football at power house football programs around the country such as Oklahoma, Michigan, Notre Dame, and even Alabama.

But Epenesa chose to follow in his father’s footsteps and attend the University of Iowa. His father “Eppy” was a letterman at Iowa in the 90s. AJ is the second highest rated recruit in program history, behind Kyle Williams in 2001, and the first five-star player at Iowa since Tony Moeaki in 2009.

Epenesa chose Iowa knowing that playing time may be difficult to come by right away. With players like Parker Hesse and Anthony Nelson listed at the top of the depth chart, Epenesa knew he was going to have to be patient. As a true freshman Epenesa appeared in 11 games and registered 15 tackles. He also finished tied for second on the team with 4.5 sacks. It became clear early on that Epenesa was a freakish athlete who had a bright future in college football.

Epenesa continued to be patient with his playing time into his sophomore season. With both Hesse and Nelson returning for the 2018 season and a rumored snap count for Epenesa, he had to make the most of his opportunities. As a sophomore Epenesa was even more impressive, finishing with 37 tackles and 10.5 sacks. Epenesa led the Big ten in sacks and forced fumbles (4) in 2018. His 10.5 sacks were also enough to tie for 13th in the NCAA.

With Anthony Nelson declaring early for the NFL Draft and Parker Hesse graduating, Epenesa enters 2019 with a chance to truly shine. As a junior Epenesa will be a leader on a defense losing playmakers at every level. It will be in large part up to him to prevent the Hawkeyes from taking a step back in 2019.

After the 2019 season he has will undoubtedly have an important choice to make, return to school for his senior season or declare for his senior season. As Hawkeye fans of course we want to see one of the most gifted players the program has ever seen return for the 2020 season.

However, the NFL will be calling. Walterfootball.com even now has Epenesa being selected 11th in their 2020 NFL mock draft. Of course, it is way to early for these things to hold much weight, but he is already on the national radar as a potential top pick. Another stellar season with considerably more snaps leaves Epenesa a chance to climb into the top-5 or even the first overall selection.

After patiently waiting for his opportunity, it appears Epenesa’s time has come.

Sizing Up Hawkeye Basketball in the NCAA Tourney