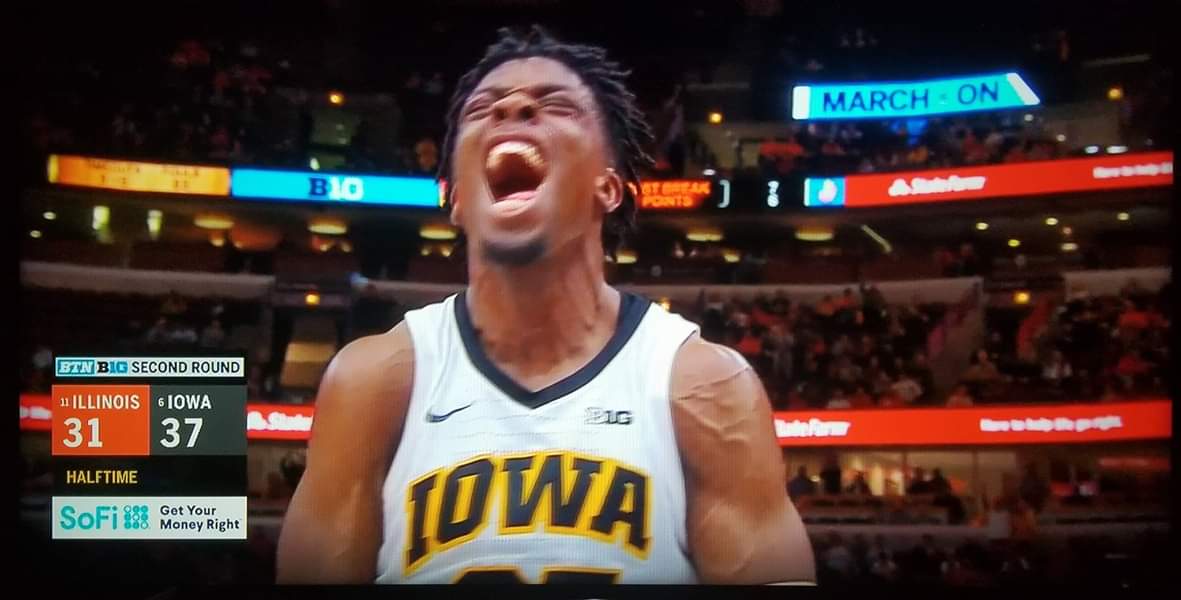 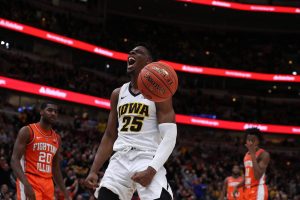 The Iowa Hawkeyes came into the 2019 Big Ten Tournament riding a 4 game losing streak.  They found themselves matched up against an Illinois team, coming off an overtime victory the night before in their first round match up against Northwestern.  The same Illinois team that Iowa dominated in Iowa City back in January 95-71.  It was exactly what the doctor ordered for the scuffling Hawks, as they rode a very spirited defensive effort, solid team basketball, and timely three point shooting, on their way to another one sided victory over the Fighting Illini.

In the first meeting between these two programs, Iowa came out on fire, hitting their first 10 three pointers.  Freshman Joe Weiskamp had a perfect game.  He was perfect from the field and free throw line, leading Iowa with 24 points.  Iowa needed to put the last couple of weeks behind them and take control early on.  That’s exactly what they did, by setting the tone defensively.  Iowa bolted to a 7-0 lead and forced Illinois into two shot clock violations.  By the first TV timeout, Iowa was ahead 10-5.  Illinois quickly fought their way back, and took the lead 13-10.  Then the Hawks went on a 11-0 run, taking a 21-13 lead, with 11:00 left in the first half.  The game started to get a little sloppy, and Iowa found it’s lead cut down to 30-29 at the 3:31 timeout.  But the Hawks finished the half almost like they started it.  Junior Tyler Cook had a monster dunk, that seemed to just let all the frustrations of the last couple of weeks out of his system, and the Iowa went on a 7-2 run to finish the first half and go into the locker room up 37-31.  Iowa had balanced scoring, led by junior Jordan Bohannon with 8 points.  Cook, senior Nicholas Baer and Weiskamp each had 6 points.  Illinois was led by freshman phenom Ayo Dosunmu with 8 points.  Iowa forced 7 Illinois turnovers, but converted that into 16 points.  The Hawks shot 6-13 from three point land.  This had the makings of another Big Ten Tournament nail biter.  The first 5 games of this year’s Tournament were all decided by 8 points or less, the first time that had happened in this Conference.

The second half started by Illinois being called for 5 fouls in the first 1:30.  Iowa was definitely being the aggressor and set the tone.  Iowa consistently played great team defense throughout the game.  Iowa built on their halftime lead and took control, going up 47-37 at the 15:48 timeout.  Junior Ryan Kriener and Nicholas Baer hit three pointers, and Baer lobbed one up for Tyler Cook and the Hawks were cruising, up 63-45.  Seven different Hawkeyes hit three pointers tonight, and surprisingly one of them was not named Isaiah Moss.  Iowa would take their biggest lead at 73-47 with 6:44 remaining and this game was over.  Iowa would cruise to a 83-62 victory and advanced to play #3 seeded Michigan on Friday night.  This victory propels the Hawks into the Quarterfinals of the Big Ten Tournament, something they haven’t done since 2013.  Iowa had a very balanced scoresheet, led by Nicholas Baer who drained 5-6 three’s and scored a team high 17 points.  The Hawks (22-10) as a team shot 12-23 from long range.  Weiskamp added 13, Cook had 12 points and tied a career high 6 assists, and Kriener punched in 11 off the bench.  Illinois (12-21) was led by freshman big man Giorgi Bezhanishvili who had 12 points, but he was held in check most of the night, and he fouled out.  He scored a team high 26 in the first round against Northwestern.  Sophomore Trent Frazier and freshman Tevian Jones each added 11 points.  “It was Iowa being the better team tonight, and causing us problems,” said Illinois Coach Brad Underwood.

Iowa played a complete game last night, very balanced scoring, hit their free throws, played spirited defense throughout, and played under control for the most part.  They had 16 assists in the 2nd half, and had a very impressive 25 assists on 31 made field goals for the game. “It’s a coaches dream, we really moved it, we made great decisions, we established Tyler Cook and Luka (Garza), we mixed it.  We got a little bit out of transition, but when we’re sharing the ball, that’s when we are at our best,” Head Coach Fran McCaffrey said.  Iowa will look to keep this momentum going as they face off against Michigan (26-5) on Friday night.  In their only match up this season, Iowa cruised to a 74-59 victory in Iowa City.

During their 4 game losing streak, I believe the Hawks played their way into an 8 or 9 seed in the NCAA Tournament.  With last night’s dominating victory, I still think the Hawks need to win one more to get to a 7th seed.  Keep up the defensive tenacity, and knock down open shots and the Hawks can play with any team in this conference.  Tip off tonight is approx 8:30 p.m.  Go Hawks!