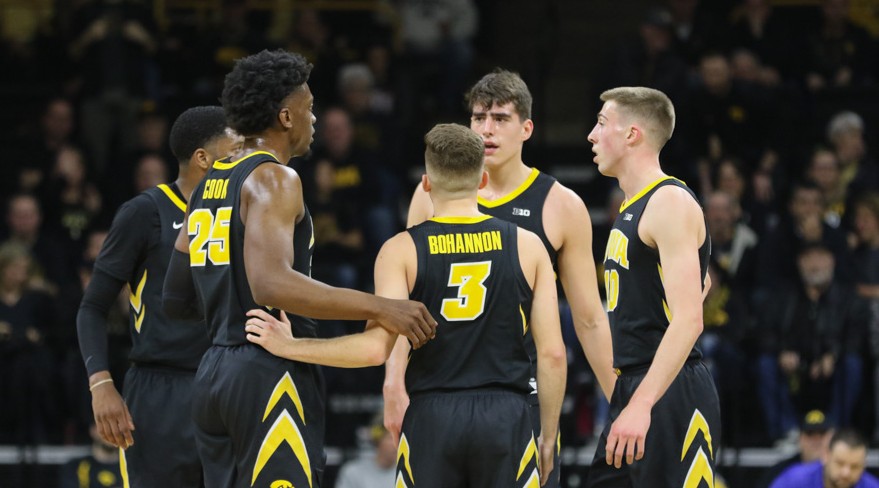 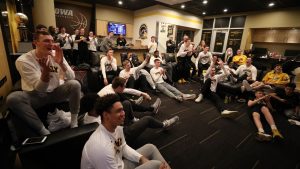 Ahh March. Basketball fever is here and so is some sunshine, warmer weather, and the sound of birds chirping. The only question is, will the sun be shining on the Hawks this Friday (and perhaps beyond) as they face the AAC Conference Tournament champion Cincinnati Bearcats at 11:15 a.m. (CT) on Friday in the round of 64 of the NCAA Tournament?

At first glance, most indicators suggest the Bearcats will prevail, just as they did back in 2005 when the two teams met in the opening round of the Big Dance. 14 years ago, it was the 10th seeded Bearcats beating the 7th seeded Hawkeyes 76-64. Oddly enough, this year the two teams meet as respective 10 and 7 seeds once again. The only difference is the location. 2005’s game was played in Indianapolis. This year’s game will be played in Columbus, Ohio—a mere 90 minutes from Cincinnati’s campus.

Although officially a neutral site game, being just 107 miles away, chances are that the arena will be filled with more Cincinnati red than Iowa gold. An eight-hour drive and $100 tickets aren’t exactly a tantalizing draw for Hawkeye fans. Especially considering the team’s end-of-the-season freefall. In fact, this year’s freefall is eerily reminiscent of the tumble that the Aaron White led 2013-14 Hawks took, losing six of their final seven games to draw a ‘first four’ game with Tennessee in Dayton. In comparison this year’s Hawks have lost five of their last six, with 4 of those loses coming by double digits (three by 20+).

Now, there’s no denying that this season’s Hawks are not the same as the 2013-14 team. After all, none of the players are the same. But there are certainly parallels with the way the seasons have ended; at least thus far. Both teams probably deserved the seeds they got considering their late-season falters. The ‘13-’14 team didn’t even officially make it to the round of 64, dropping their first four game to Tennessee in overtime. And this year’s team landed a 10 seed after being mentioned as a potential top four seed and likely Des Moines placement when they dismantled Michigan back on February 1st. However, avoiding the dreaded Tuesday/Wednesday night first four game on TruTV, this year’s team is already one step ahead. Instead, this year’s team will get a CBS television crew with Brian Anderson and Chris Webber on the call for their round of 64 matchup.

To get another step ahead by reaching ‘the weekend’ of the NCAA tournament, the Hawks will have their work cut out for them. On Sunday Cincinnati (28-6) notched their ninth straight NCAA tournament appearance under Coach Mick Cronin by taking down AAC regular season champ Houston to win the American Athletic Conference Tournament championship. Cincinnati–known as a stingy, defensively minded team with a slow pace of play–comes into the game with the nation’s #46 adjusted offense and #28 adjusted defense. Meanwhile, Iowa’s #35 in adjusted offense and #202 (out of 353 division 1 teams) in adjusted defense. Therefore, on paper, this game should come down to whether the Hawks play good defense; something that has been lacking as of late.

Guard play will also be key in this game. If you’ve heard the cliched phrase, ‘ball don’t lie’ when a player misses a free throw after a controversial foul call, then you’ve also likely heard the phrase ‘guards win games in March’. While the first phrase is wholly speculatory and unscientific, for the Hawks at least, good guard play does equate to winning. In the 22 B10 conference games this season the Hawks three starting guards (Bohannon, Moss, Wieskamp) average 36.7ppg in wins and just 27ppg in losses.

As further evidence of how integral guard play is, let’s look at the Hawks’ last game, against Michigan. Against the Wolverines JoBo was held scoreless while Moss and Wieskamp combined for just 11 points. In comparison, Cincinnati’s three starting guards average 37.1ppg (Jarron Cumberland 18.8ppg, Keith Williams 10.1ppg, and Justin Jenifer 8.2ppg). For the Hawks to win the guards will have to step up. Cook and Garza, while great in their own right, can’t do it all.

Moreover, for the Hawks to have a fighting chance they’ll have to shore up the three-point field goal woes, both offensively and defensively. At the B10 conference tournament the Hawks won one game by 21 and lost one game by 21. In one of those games they went 12-23 from three. In the other game they went a woeful 1-16. It doesn’t take a rocket science to guess which game the Hawks lost and which game they won.

From the other side of the coin, the Hawks success also hinges highly on how their opponent shoots the three. Unsurprisingly, when opponents hit threes, the Hawks struggle. During their last eight games, the Hawks have allowed their opponents to make 10+ three-pointers five times. The Hawks have also lost six of their last eight games. Now correlation doesn’t always imply causation. But it does imply that the Hawks are far more likely to win when they 1) shoot the three well, and 2) don’t allow the opponent to shoot the three well.

How does Cincinnati fare from behind the arc, you ask? To put it simply, they’re competent. As a team they shoot 35% from three. Yet, there are two players in particular that the Hawks will have to key-in on: Cumberland and Jenifer. Cumberland shoots 39% from three while Jenifer shoots a whopping 44.5%. So, even if Bohannon breaks Iowa all-time three-point record (he’s currently two back of Jeff Horner), the Hawks will have to contain Cumberland and Jenifer.

And last, but not least, the fourth and final key to the game will be experience. Cincinnati is a veteran-heavy team with a wealth of NCAA experience, and success under Coach Cronin. In contrast, while Iowa is a fairly veteran team, senior Nicholas Baer has played in an NCAA tournament game (his freshman year). 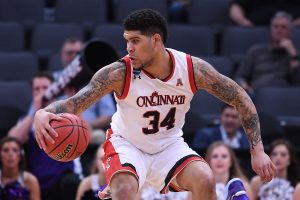 Thus, in my estimation, the Hawks will have to checkoff each of the four keys to success I’ve mentioned if they want to make March more memorable (Four keys to success: 1. Play good defense, 2. Get good guard play, 3. Positive three-pointer margin, 4. Overcoming inexperience in postseason play).

Unfortunately, the Hawks couldn’t sustain the momentum from the exhilarating Illinois win in the second round of the B10 Conference Tournament. They couldn’t exercise their Big Ten Conference Tournament demons this past week. With the shellacking to Michigan at the Big Ten Conference Tournament on Friday, it’s now been 13 straight years since the Hawks reached a Saturday semifinal in the Big Ten Tournament. Yet, for the first time in three seasons and the fourth time in Coach McCaffery’s nine seasons at the helm, the Hawks are back in the NCAA tournament, even if they’re limping in. Iowa netted 22 wins (so far) this year, 8 better than last year’s abysmal 14-19 campaign. So, regardless of what happens in the NCAA tourney, this season could be looked at as a success.

Still, after being ranked for most of the season, an opening round loss would push Coach McCaffery’s NCAA tournament record at Iowa to just 2-4 with no appearances beyond the round of 32 (in 2015 Iowa beat Davidson as a 7 seed then got crushed by Gonzaga in the second round; and in 2016 Iowa defeated Temple as a 7 seed before getting eviscerated by eventual national champion Villanova).

This time around, as a 10 seed maybe the Hawkeyes can flip the script and make it to the Sweet 16 for the first time in 20 years. But to do so, they’ll first have to get by a tough, physical Cincinnati Bearcat team. And then likely knock out a heavyweight in #2 seed Tennessee to make it to the Sweet 16, played in Louisville.

So, Garza might be on to something. The Hawks have the potential to beat nearly anyone if they bring their A-game. They’re more than capable of doing so. The tough thing will be stringing together a few good games in a row to go on a magical March run. It’s possible, just not very probable given how the team (and teams under Coach McCaffery) are trending. Then again, it wasn’t all that probable for the Hawks to come back from 15 down against Northwestern or for Weez to kiss a three off the glass for the walk-off win at Rutgers. In the NCAA tournament dreams can be realized or crushed. And this year, maybe more so than other years, there’s just no telling whether the Hawks will break our hearts or elevate us to ecstatic highs. 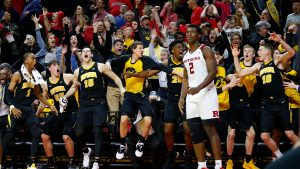