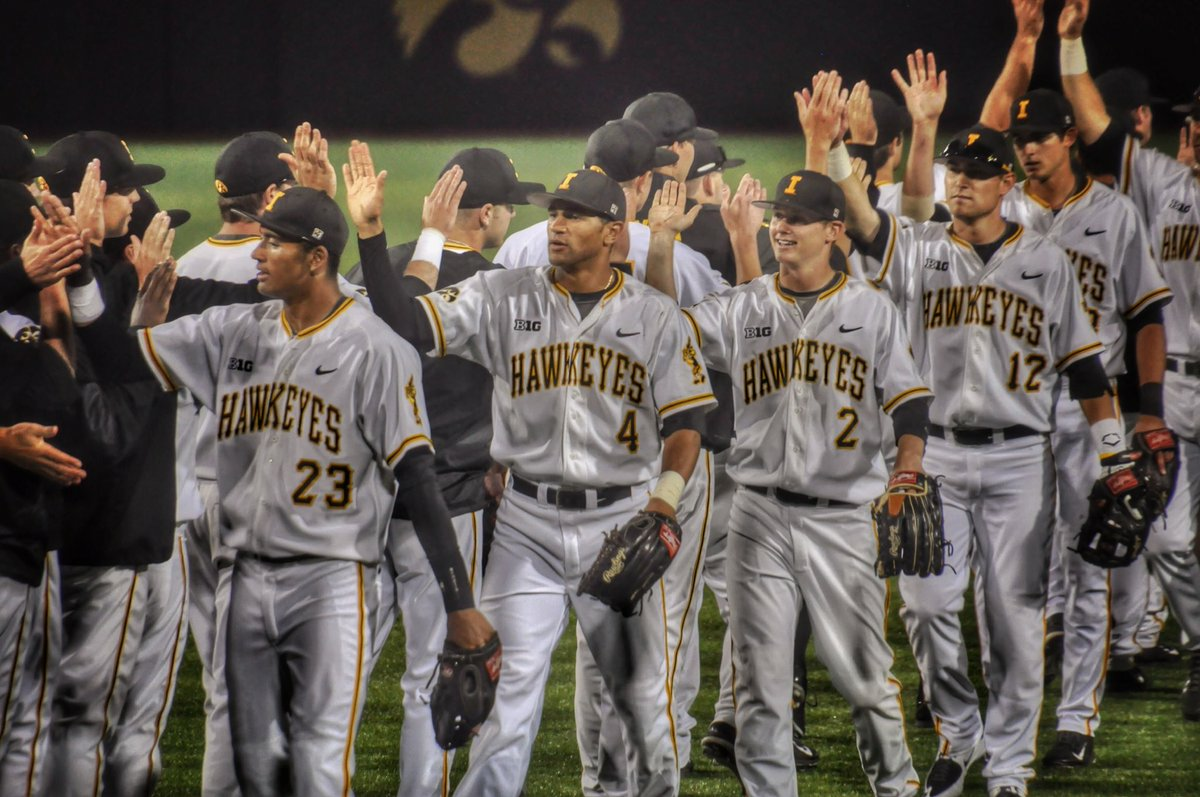 Altoona, IA – Iowa played a strong game today, earning a road series win over the 25th ranked Illinois Fighting Illini. Iowa trailed most of the game, falling behind 2-0 in the first inning. That remained the score for the next five innings.

Iowa struggled to get any big hits until they loaded the bases with two outs in the sixth inning for Lorenzo Elion. He got the first big hit, a two-run single that tied the game. In the 7th inning the Hawks took a 4-2 lead on RBI singles from Tyler Cropley and Kyle Crowl. In the bottom of the inning, starter Cole McDonald got into a jam, where Zach Daniels came in and eventually stranded the bases loaded. In the 8th, Zach Daniels again loaded the bases, this time with just one out, and was relieved by Grant Leonard. Leonard induced a double play on his first pitch to keep the lead. With two outs in the ninth, Leonard was hit in the face with by a comebacker and committed a throwing error. He had to leave with injury, and Nick Nelsen struck out the last batter with the tying run on second to end the game.

Cole McDonald had a very strong start, after a rough first inning. He pitched 6 1/3 innings giving up just the 2 1st inning runs. He gave up five hits and four walks, while striking out a career high 6 batters. McDonald earned the victory, improving to 2-1 on the season. Zach Daniels pitched 1 1/3 innings allowing no runs on two hits and two walks. Grant Leonard also pitched 1 1/3 innings, he allowed no runs on one hit while striking out one. Nick Nelsen got one out on a strikeout, earning his first save of the season.

The Hawkeyes improved to 16-9 on the season and 3-2 in the Big Ten. Iowa is back in action Wednesday night, hosting Grand View, first pitch at 6:05.

Birth of the Cy-Hawk Trophy