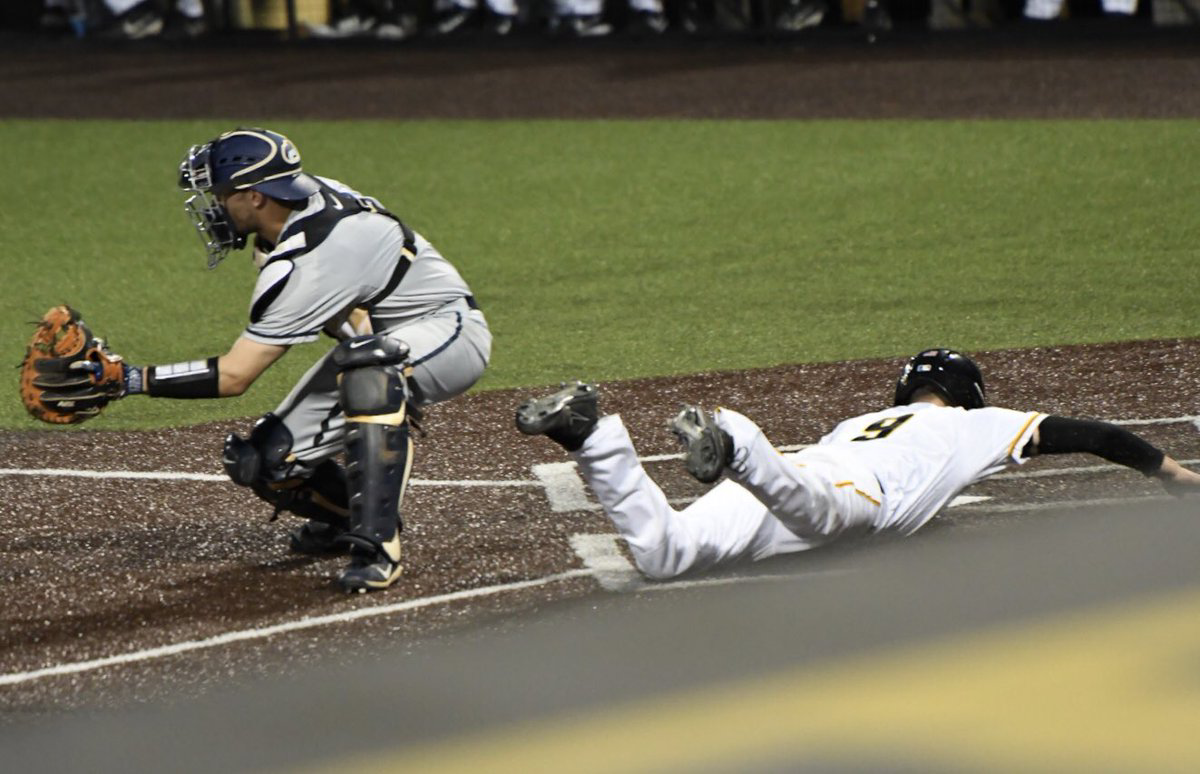 Iowa City, IA – The Hawkeyes used two big innings to win the series against Penn State. Early one it was looking like another pitcher’s duel, but the Iowa bats broke out in the 5th inning. Iowa scored five runs to break a scoreless tie. The big blows that inning were two run singles by Tyler Cropley and Matt Hoeg. After Penn State got their lone run in the 6th, Iowa answered with four runs in the 7th, three on a bases loaded double by Tyler Cropley.

It was a very strong performance for the Hawkeye hurlers. Cole McDonald made his first start in recovery from an injury, and he was limited to around 60 pitches. He ended up pitching 4 shutout innings giving up just 1 hit and two walks while striking out seven. He came out for the fifth, but gave up a walk and hit and was removed with 65 pitches. At that point Grant Judkins came in and pitched five innings allowing just 1 run on two hits and no walks while striking out eight. He earned his first win of the season to go to 1-0 on the year.

Iowa improves to 32-18 on the season and 12-9 in the B1G. Iowa’s remained as the 7 seed in the B1G standings. Depending on tomorrow’s results, Iowa could finish 5th, 6th or 7th. If Iowa losses the finale against Penn State, they are locked into the 7 seed. With a victory and a loss by either Indiana or Ohio State they would move up to the 6 seed. If both Indiana and OSU lose, they would move up to the 5 seed. Iowa actually moved down to 65 in the RPI, which means they have work to do in Omaha to help build their NCAA Tournament Resume. First, Iowa needs to take care of business in the season finale against Penn State tomorrow at 6:30pm. This game will be televised on ESPNU.