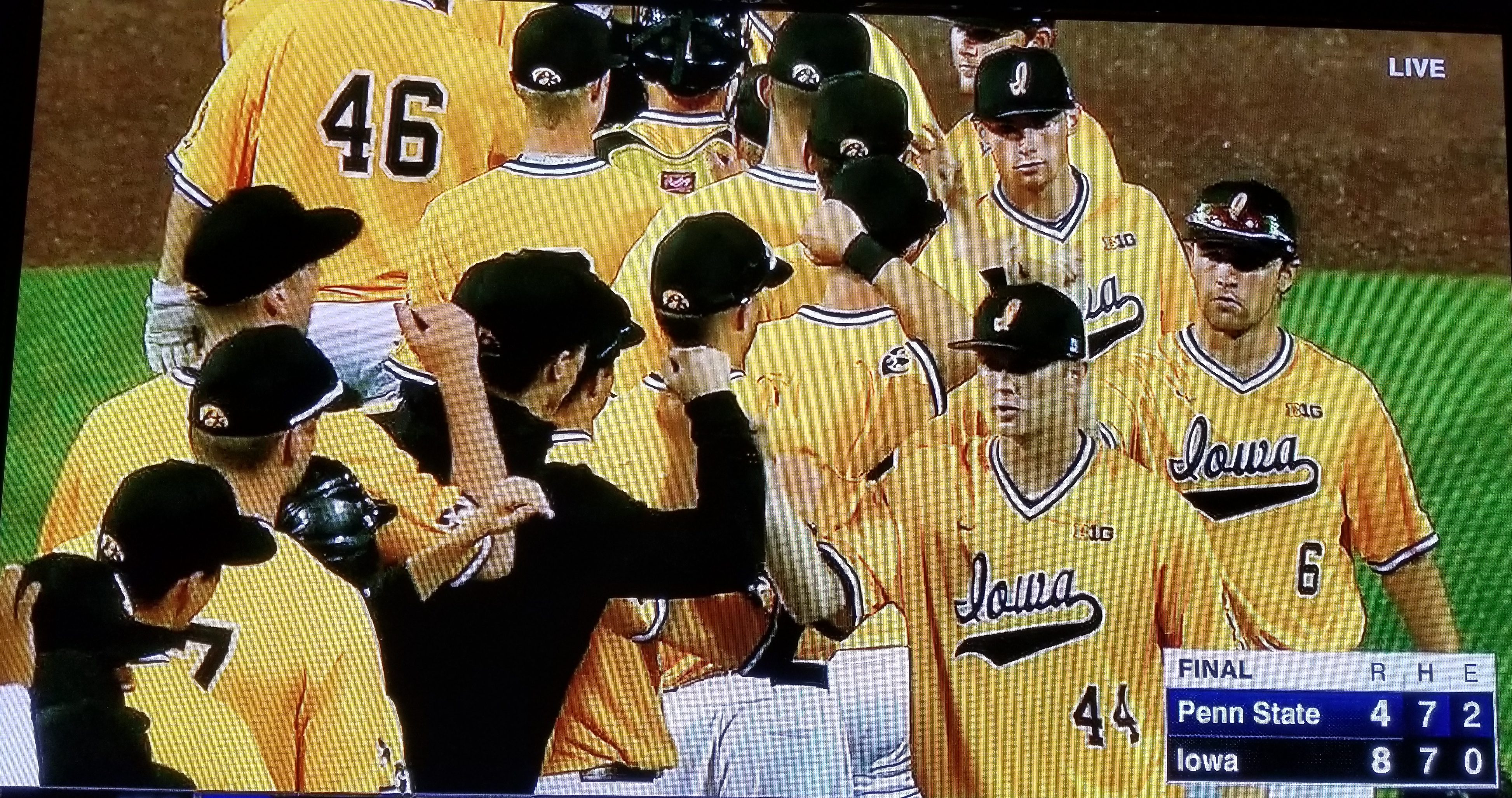 Iowa City, IA- Iowa completed their first conference sweep by defeating Penn State. Iowa took care of business early today, scoring five runs in the second inning, with the help of two Nittany Lion errors. The big hits for Iowa were an RBI double by Lorenzo Elion and a two run single by Robert Neustrom. After Penn State scored their first run in the fifth, the Hawkeyes added three more in the sixth. Mitch Boe had an RBI single that inning. PSU added 3 late runs to make the final score 8-4.

Iowa had yet another quality start from Jack Dreyer. He lasted for 6 innings allowing 2 runs on just two hits and one walk while striking out six. He earned another win, as he has in all 3 of his weekend starts, to improve to 5-2 on the season. Nick Nelsen pitched in relief, allowing 1 run in 1 inning on two hits, while striking out two. Brady Schanuel made his first relief appearance of the season, pitching a perfect inning and striking out one. Zach Daniels had a rough time in the ninth, allowing 1 run on three hits.

Iowa finishes the regular season with a record of 33-18, and 13-9 in the B1G. The win moves the Hawkeyes into the six seed in the Big Ten Tournament in Omaha. The first game will be against 3rd seeded Michigan on Wednesday morning at 9am. Iowa won two of three of their regular season matchups with the Wolverines. Their second game will be Thursday. With a game 1 win, the Hawkeyes would play at 5pm, and with a game 1 loss, they would play at 9am. All B1G Tournament games will be televised on the Big Ten Network. The series sweep of Penn State failed to help Iowa’s RPI. They actually fell four spots to 67th. That needs to improve in the B1G Tournament for Iowa to have any at large chances. 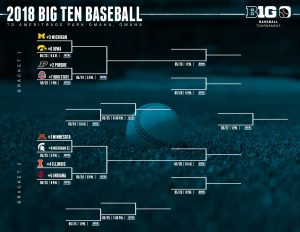