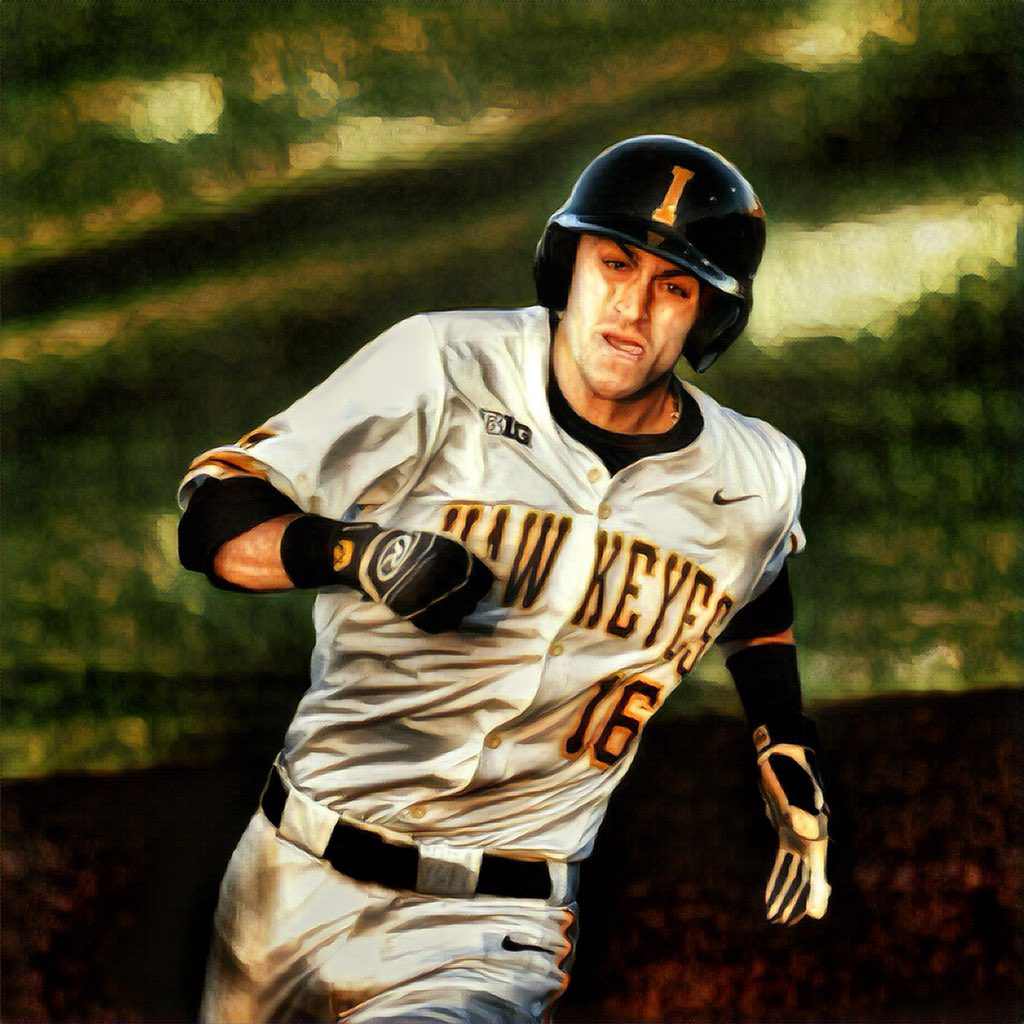 Altoona, IA –  An exciting, back and forth game saw the Hawkeyes top Bradley 13-9. Iowa gained a 6-1 advantage through five innings, before Bradley came back to take a 9-8 lead into the 8th inning. After Bradley scored eight runs in the sixth and seventh innings, Zach Daniels came in to shut them down in the 8th. The Hawkeyes scored one in the eighth on a single by Lorenzo Elion to tie the game. Daniels kept the Braves off the board in the 9th as well, setting the table for Tyler Cropley’s walk off grand slam.

Iowa had a very strong offensive performance, managing 15 hits. Chris Whelan had a great performance, going 4-5 with 4 runs scored. Whelan is bating .412 since his return to the lineup. Tyler Cropley went 3-5, with 2 doubles, the home run, and five runs batted in. Robert Neustrom went 3-5 with 2 runs batted in and one run scored. Austin Guzzo also homered in the game.

It was not as encouraging a performance for the Hawkeye pitchers. Before Zach Daniels pitched the last two innings, where he allowed no hits, struck out three, and earned his third victory of the season, nobody pitched more than 1 inning. Trenton Wallace, Ben Probst, Kyle Shimp, and Cam Baumann all pitched 1 inning without allowing any runs. Cole Kampen allowed 4 runs (only 3 earned) in 1/3 of an inning. Grant Judkins allowed 3 runs (two earned) in 2/3 of an inning. Grant Leonard and Jack Dreyer each allowed one run in 1 inning.

Iowa improves to 14-8 on the season, and is back in action this weekend, as they hit the road to take on 25th ranked Illinois. First pitch Friday is at 6 pm.