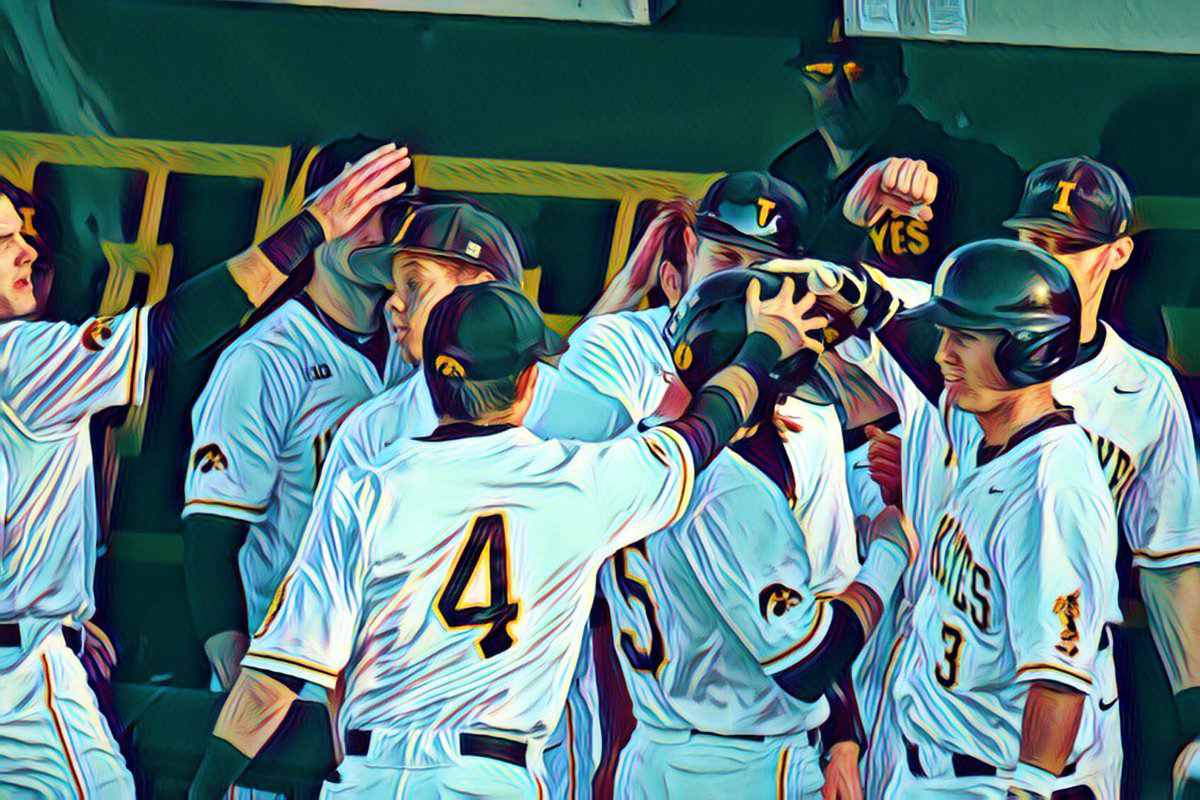 Altoona, IA – The Hawkeye’s used a strong third inning to build a lead and survived a late rally from the 25th ranked Illini. After falling behind 2-1, the Hawks scored 5 in the 3rd, first a two-run single by Robert Neustrom, next an RBI double by Austin Guzzo, followed by an RBI single by Kyle Crowl, and capped off with a sacrifice fly from Justin Jenkins. Neustrom homered in the 4th to give Iowa a 7-2 lead. The Illini cut the lead to 7-5 in the 7th, before Zach Daniels forced a double play with the bases loaded. Daniels also stranded the bases loaded in the 8th inning. Iowa got an insurance run in the top of the 9th, with Matt Hoeg’s groundout scoring Neustrom. Grant Leonard got the last three outs.

Iowa’s offense was paced by Robert Neustorm going 3-4 with 3 RBis, 4 runs scored, and home run, his team leading sixth of the season. Kyle Crowl had a solid effort going 2-5 with an RBI.

Nick Allgeyer battled through 6 and 1/3 innings. He allowed 5 runs, only 3 were earned on 7 hits, 1 walk, and 2 hit batters. He also managed 8 strikeouts and improved to 3-2 on the season. Zach Daniels pitched 1 2/3 innings without allowing any runs or hits. He walked two and struck out two. Grant Leonard pitched a perfect ninth inning to earn his second save of the season.

Iowa improves to 15-8 and 2-1 in the conference and will look for the series victory against #25 Illinois tomorrow at 3pm.