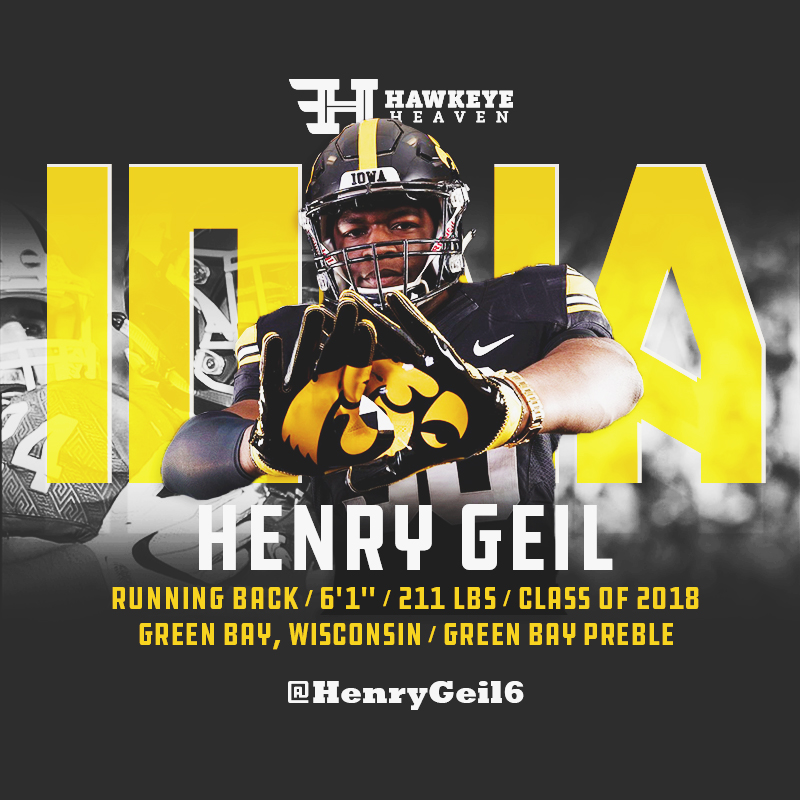 Altoona, Iowa – Now that the 2018 college football signing day is officially in the past our team at Hawkeye Heaven is going to put together a series of articles where we highlight each of the 22 commitments Iowa received. We’ll share each recruit’s highlights, and do our best to mention what jumps out to us about each player on tape. Then we will predict what kind of an impact we think they will make in a Hawkeye uniform. Next up is 3 star RB Henry Geil.

Geil currently stands at 6’1″ and weighs 211 lbs. He’s a running back whose vision and footwork give him an excellent chance to fit right in as a Hawkeye.

Geil is a 3 star recruit. Rivals has him ranked as the 8th best prospect in the state of Wisconsin for the 2018 class. Geil had some interest from elite programs like Notre Dame and Wisconsin although they never officially extended offers. He ultimately chose Iowa over offers from Bowling Green, Indiana, Iowa State, Michigan State, South Dakota State, Syracuse and Western Michigan.

THE WAIT IS OVER… I'm blessed beyond measure to be able to make this announcement????????✨ pic.twitter.com/7uzO…

Geil brings a big frame that will only get bigger as he gets in the weight room with Doyle. With his weight already at 211 lbs, it’s probably fair to say that he’ll be around 230 by the time he carries the rock for the Hawks. You won’t be blown away with his speed but his consistent vision and ability to find the holes between his blocks is impressive. It’s also nice to see a running back that will lay a lick on blitzing LB. 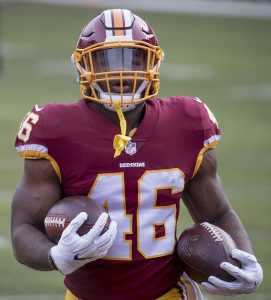 You will notice that he does a nice job returning punts and kicks. It’s always nice to have a freshman come in with some experience on special teams. Geil didn’t always play running back in high school, matter of fact, he was a WR until his Junior season. This is noticeable in the video as he does a nice job of catching the ball out of the back field.

If I had to compare him to someone he reminds me of a taller LeShun Daniels with better hands. He might not be the punisher that Daniels was quite yet but with time I think he could be that guy. His Senior season he carried the ball 224 times for 1,479 yards, at 6.6 yards per carry. He also had 16 touchdowns.

The Hawkeyes are fairly deep at the running back position, even after losing Akrum Wadley and James Butler. Iowa returns Ivory Kelly-Martin, Toren Young, Toks Akinribade, and Kyshaun Bryan so seeing playing time in year one is probably unlikely. The competition will be wide open though.

If I had to make a projection I would guess that Geil redshirts in the fall in order to have a year to mature as an athlete, and have Doyle work his magic. With his special teams experience and hands it is possible he sees the field in 2019. It will also be neat to see how much he polishes his skills this winter and spring while he trains with former Nebraska and Packers running back Ahman Green, who owns D1 Sports Training in Green Bay.

Welcome to the Hawkeye family Henry!