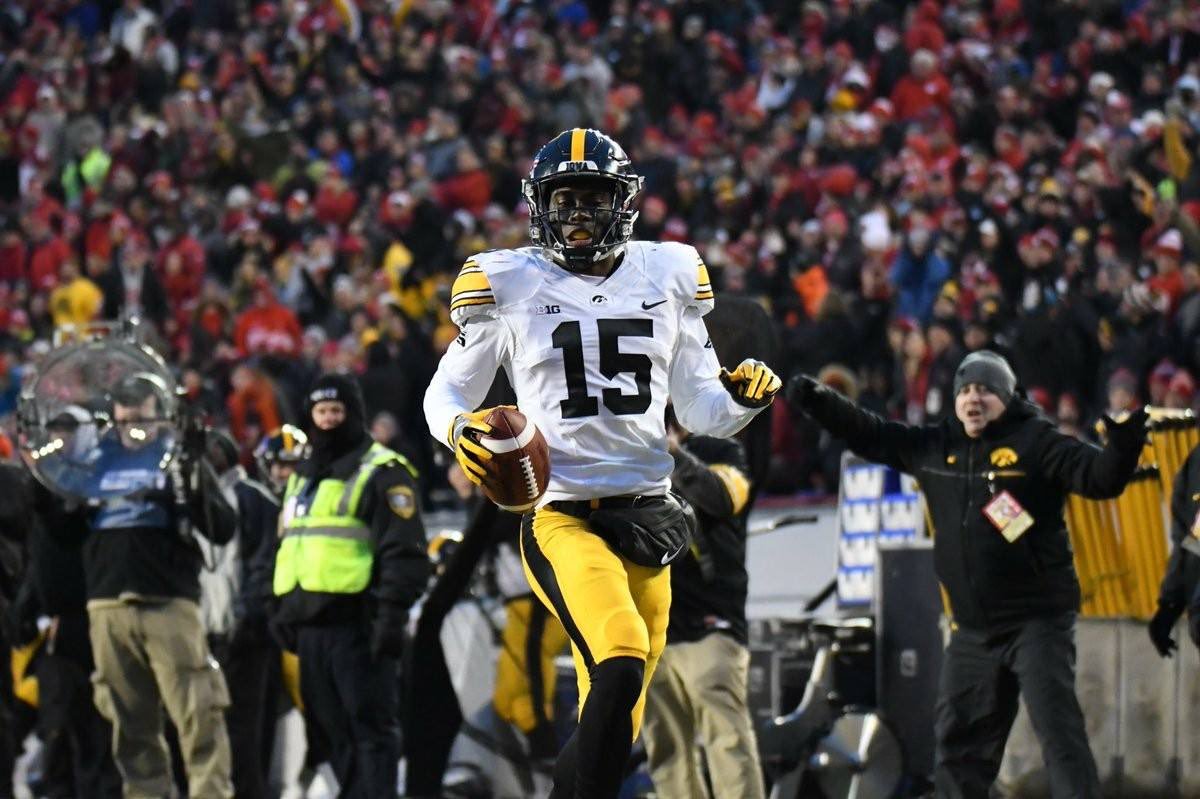 Des Moines, Iowa – Iowa DB Josh Jackson came into this weekend with little to prove at the NFL Combine. The one question mark was his top end speed and he showed that he has that too by posting a 4.49 in the 40 yard dash.

Scouts were saying that if Jackson could post a sub 4.5 40 yard-dash time that he has a pretty good shot at being the first defensive back off the board in the 2018 NFL Draft. Well, he did just that.

The debate between Josh Jackson and Denzel Ward for CB1 is real, but this is the tiebreaker for me: pic.twitter.com/GEXQ…

How does Jackson’s time stack up against former Iowa DB’s?

Here’s what a few from around the league had to say about Jackson’s efforts.

Iowa CB Josh Jackson runs an unofficial 4.49 40 at the NFL combine. That's a good time at 6-foot, 196 pounds. Jackson has top-tier ball skills and vision. Playmaker. Plus, he can line up in press to challenge routes or play off to get his eyes back on… t.co/cZYi9KZfOx