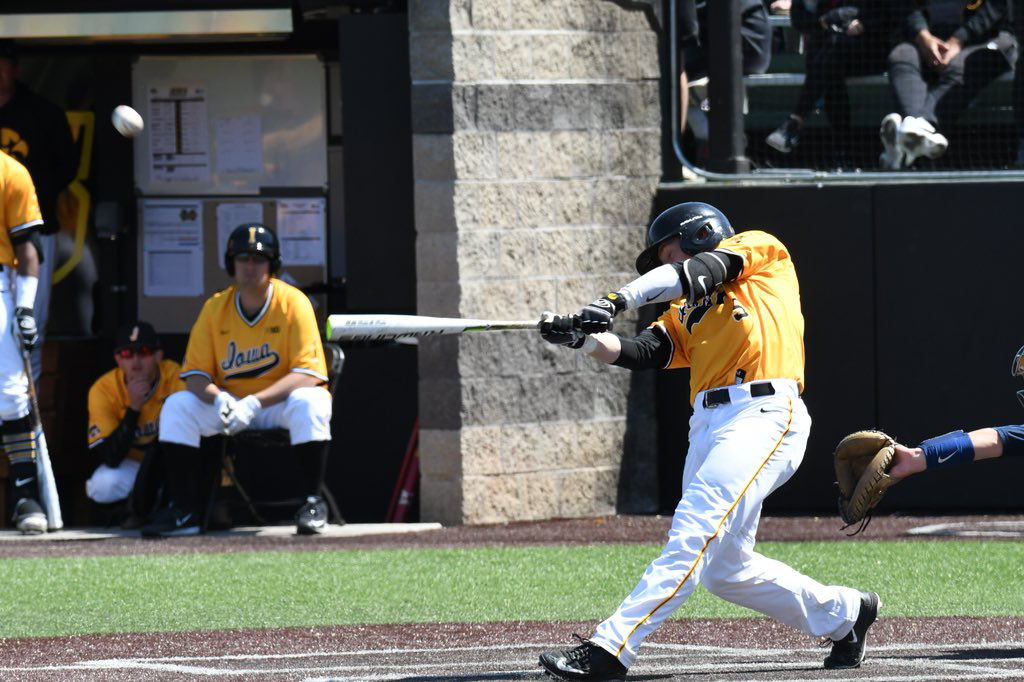 Iowa City, IA – Iowa led throughout against 17 Oklahoma State, earning a series victory. The Hawkeyes scored four in the first inning, with two coming on an RBI single by Tyler Cropley and the others on a Cowboy error. Okie State didn’t get on the board until a 3rd inning solo home run cut the lead to 4-1. The score stayed that way until the 7th, when things fell apart for OSU. After allowing Mitch Boe to score on an error, Matt Hoeg had an RBI single. Then they gave up four more runs on a bases-loaded hit by pitch and three walks. Hoeg added another RBI single in the 8th to make it 11-1. OSU added two runs in the ninth, to make the final score 11-3.

Iowa had by far their best pitching performance of the week, holding a hot Oklahoma State team to just 3 runs on 6 hits. Freshman Jack Dreyer was outstanding in his weekend debut, pitching five innings allowing just 1 run on 2 hits and 3 walks while striking out 6. He earned the victory, improving to 3-2 on the season. Grant Judkins also had a quality appearance, going 3 2/3 innings allowing two runs on 4 hits and 2 walks while striking out 4. Nick Nelsen got the last out of the game.

Iowa improves to 28-16 on the year, and 9-7 in the B1G. This win has Iowa back at #50 in the RPI, which is important as Iowa is a bubble team in terms of making the NCAA tournament. With a rather light schedule the rest of the way, it is going to be important for Iowa to win as many as they can. Next up is the last road series of the regular season, with the Hawkeyes traveling to Evanston for a matchup with a struggling Northwestern team. First pitch Friday is scheduled for 3:30.

Hawkeyes Prevail In A Wild One With Okie State