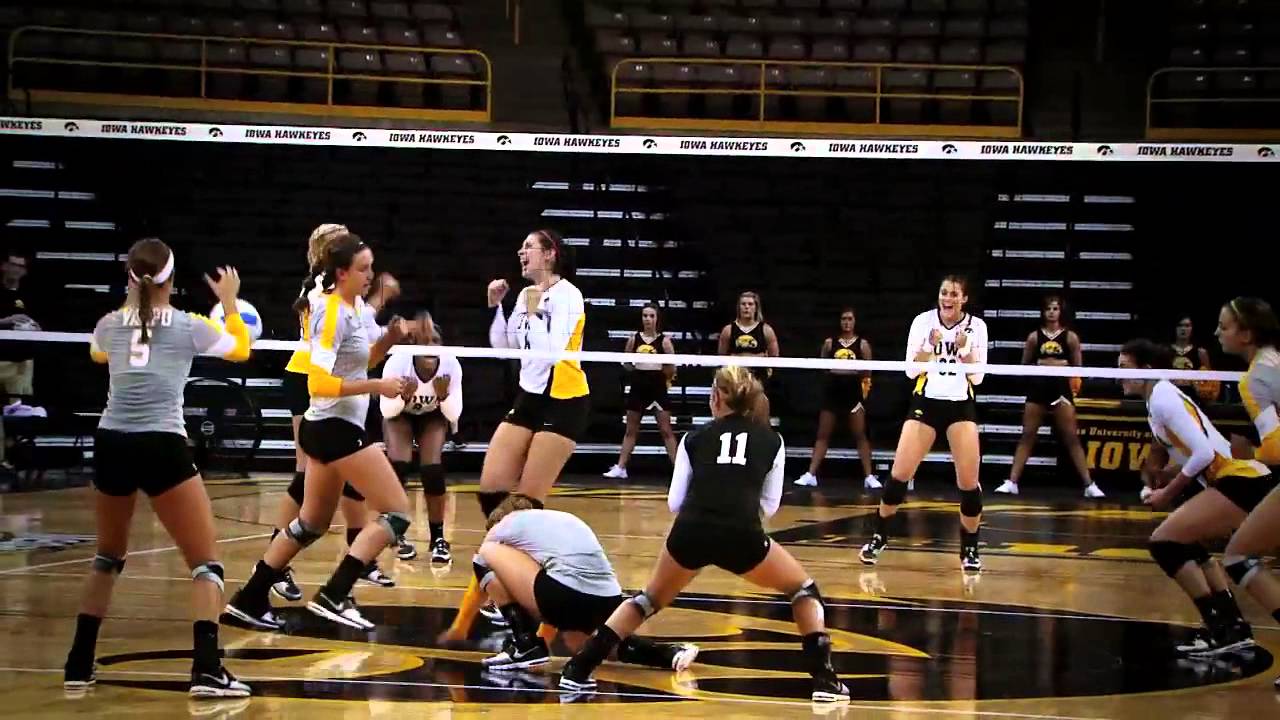 Iowa City – The Hawkeye volleyball team heads into a busy weekend that features a home match-up against in-state rival and #22 ranked Iowa State. Iowa took the Cy-Hawk victory two years ago at home, but fell to the Cyclones last year in Ames.

Iowa State enters Friday’s match-up with an unblemished 5-0 record to open the season. Currently Iowa is 6-1 with there only loss at the hands of current number-four ranked Stanford.The Hawkeyes are coming off five straight wins including a Hawkeye Classic sweep. Iowa State will be the second of many Top 25 teams Iowa will face. Eight Big Ten schools are currently ranked.

Northern Illinois is also on the schedule for this weekend. They will face Iowa before and after the Cy-Hawk match-up. Those games will be played Friday and Saturday with the rivalry game played Saturday at 7 pm.

Hot starts have benefited the Hawkeyes so far. They are undefeated when winning the first set.
As far as the Cy-Hawk Series goes, this is the second event. Iowa claimed the first win in soccer early this school year. Football will look to take add another win in the series Saturday in Ames.