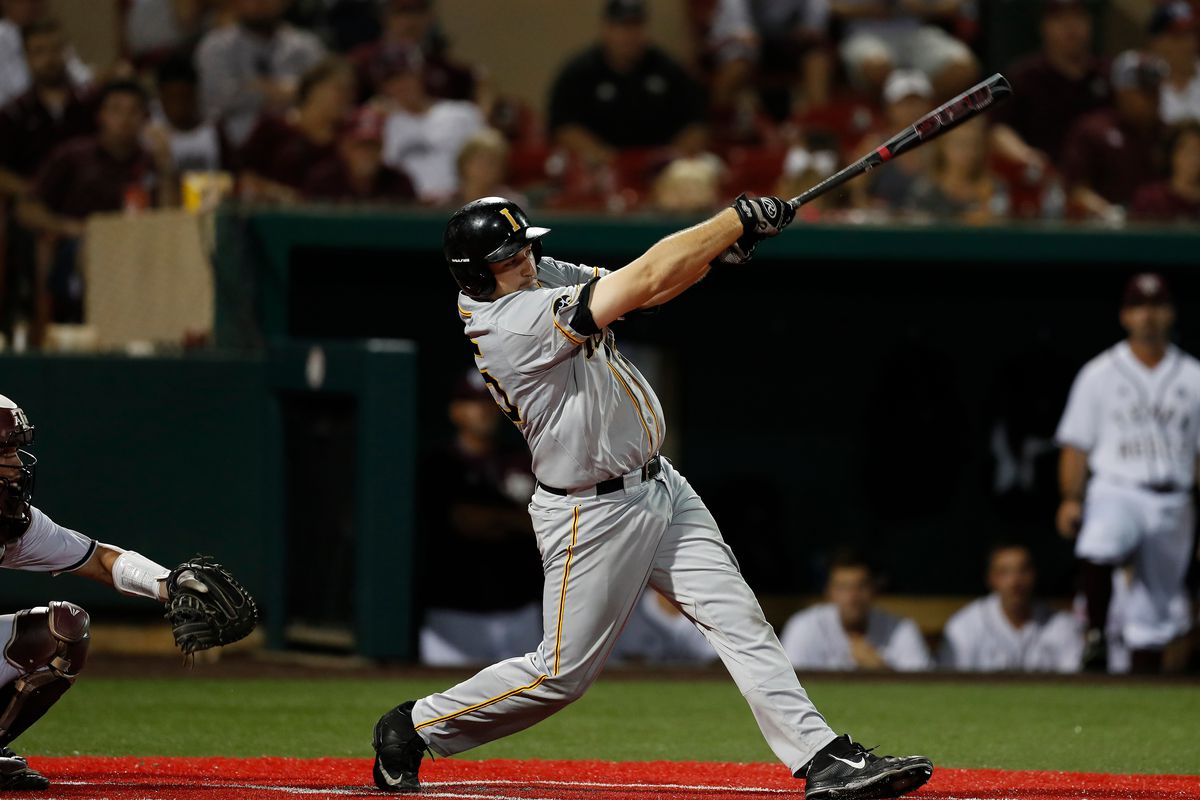 We love following our Hawkeyes leading up to the day they become a Hawk, throughout their collegiate career in Iowa City, however, in baseball, we sometimes lose track of how our former Hawkeyes are performing on their grind to the big leagues. There is no better time to catch up than right now, so lets get started.

Jake Adams | 1B, Fayetteville Woodpeckers  – Jake Adams is playing in advance A for the second time in his short professional career, with much better results in his second year. Last season the slugger only had 7 homers, and an OPS of .675. Through 35 games this year he has notched 5 long balls, and is posting an OPS of .819. He has also driven in 28 runs for the Astros farm team.

Joel Booker | LF, Charolette Knights – Joel Booker is one step away from the big leagues, but is off to a slow start adjusting to AAA. He started off the year hot at AA-Birmingham, hitting .351 in 74 at-bats. However, in 43 AAA at-bats he is hitting .209. He has also gone down swinging 13 times, while only taking four free passes. There is still plenty of season left, and with a strong rest of the year he may find himself playing for the White Sox come September.

Nick Allgeyer | SP, Dunedin Blue Jays – Nick is in his first year in which he has been able to be a full-time starter for his professional organization, and the results have not disappointed. Allgeyer has only given up nine earned runs through 38 innings pitched, which registers a 2.13 ERA for his advanced A club. He has also recorded 35 strikeouts, which is a very respectable number for the left-hander.

Nick Gallagher | P, Lynchburg Hillcats – The second Nick that is pitching for an advanced-A team is Nick Gallagher. Gallagher has started and provided relief for the club, and has sort of been a rollercoaster. He has an ERA of 4.97, but has sat down 39 batters via strikeouts. He is also limiting opponents to a .196 average but has walked 17 batters in 29 innings. If he can start to command the ball his ceiling will improve vastly.

C.J Eldred | RP, Lexington Legends – Eldred is in his first season as a full time professional, and has been disappointing so far. After starting for his rookie league team last year, his role has been reduced to a bullpen arm in A-ball. Eldred is sporting a 5.54 ERA through 13 innings tossed, while striking out 12. He is allowing almost a baserunner and a half per inning pitched.

Robert Neustrom | RF, Delmarva Shorebirds – Last years fifth round pick by Baltimore is currently on the injured list at A-ball, but has played 19 games. Neustrom hit three long balls, three doubles, and added a triple in his 70 at-bats early in the year. He has a .957 OPS which is fantastic, and hopefully is able to get healthy before long. Robert Neustrom is ranked 28th in the Orioles farm system, according to MLB.com.

Mason McCoy | SS, Bowie Baysox – McCoy started the season very hot at A+ ball, and was promoted to AA Bowie a few weeks ago. He has had no trouble adjusting to AA pitching, posting a very respectable 1.043 OPS. This number is helped by two triples through just 40 at-bats. He has also been very patient at the plate, drawing seven walks through 10 games. McCoy is rated as the 30th best prospect in Baltimore’s system.

Breaking Down the 2019-20 Iowa Basketball Roster