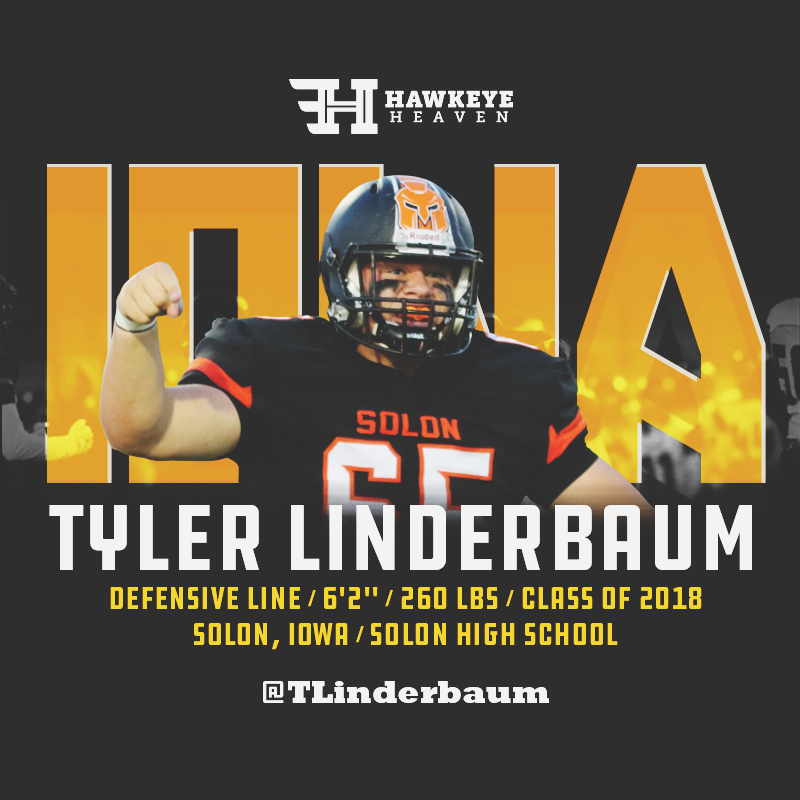 Altoona, Iowa – Now that the 2018 college football signing day is officially in the past our team at Hawkeye Heaven is going to put together a series of articles where we highlight each of the 22 commitments Iowa received. We’ll share each recruit’s highlights, and do our best to mention what jumps out at us about each player on tape. Next up is defensive tackle recruit Tyler Linderbaum.

Tyler Linderbaum is a defensive tackle recruit from Solon, IA. Linderbaum played football for Solon High School in Solon. Rivals have Linderbaum listed as a 3 star DT and the #3 recruit in the state of Iowa behind other Iowa commits John Waggoner and Dillon Doyle. He is the only Hawkeye in the 2018 class to play in the U.S. Army All-American Game. He chose to commit to play football for the Hawkeyes over Minnesota State and in-state rival Iowa State.

I am very excited to announce that I've decided to further my education and athletic career at the University of Iowa, Go Hawks! ????#swarm18 pic.twitter.com/r3CM…

Linderbaum is listed on the official Hawkeye Sports website at 6’2 270 lbs. He played DT in high school and I fully expect him to remain in that position for the Hawkeyes.

Tyler Linderbaum has a knack for finding the football. Whether it’s fighting off a blocker and locating the ball carrier or breaking through the pass coverage and getting his hands up to deflect the football he always seems to find the ball one way or another. I also noticed while watching his film that his motor seems to always be going, which is always a positive trait to have. Getting a good push off the line and blocking a punt coming from an interior line position is always impressive to me.

At 6’2 270 lbs Linderbaum is, and likely will be, a 300 lb interior lineman after Doyle gets a hold of him and he gets a year or two under his belt on campus. Although I project him to be on the defensive side of the ball he did show in his film that he has the necessary tools to play on the offensive side of the ball as well. There were many instances that he can be seen driving the defender off of the ball and pancaking them.

Linderbaum’s favorite NFL team is the Green Bay Packers and he looks up to current Packer and former Hawkeye, Mike Daniels. No shocker here when you consider their motor and knack for finding the football are very similar.

I have a good feeling that Tyler will be red-shirting this fall. With Iowa’s defensive line stacked for the next few years, I have no doubt that this the right move. By 2019-20 roll around I wouldn’t be surprised to see him lining up on the Hawkeye line, on the plus side of 300 lbs. With his motor, the sky is the limit for this kid. He’s also a 4-sport athlete and that has always worked out well for the Hawkeyes. 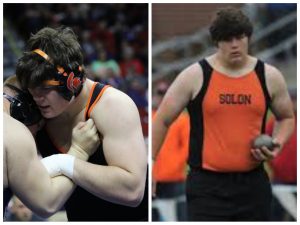 Welcome to the Hawkeye family Tyler!

Megan Gustafson An All-American On Many Platforms