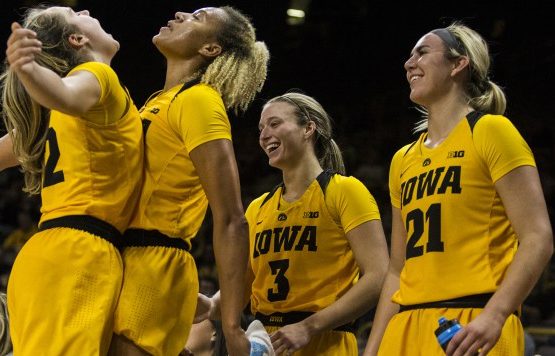 Both the Iowa and Nebraska women basketball teams are coming off a close home loss. The Huskers went down at Pinnacle Bank Arena to the Michigan Wolverines, last Saturday.

What do the Iowa women need to do against Nebraska to help ensure a win?

Efficiency from behind the arc may be an essential missing piece for the Hawks stat line tonight. Also, limiting turnovers, as the Hawks are ranked last in turnover margins against their conference opponents.

But the most important piece the women need to have working for tonight’s match up is shared point contributions. And Coach Bluder had mentioned this in post-game interviews, following the loss on Saturday.

There is no denying that Megan Gustafason is an elite scorer and play maker for the women.She has been a monster on the boards and making buckets down low. But when the women have had their best success, there has been two (or more) names in the points table under the Iowa box score stats.

What can the Hawks look for out of Nebraska?

Nebraska, in their last three games, has been able to share the rock very well. Starting Guard, Hannah Whitish, has been the Huskers lead scorer but Nebraska has shown three double digit scorers in their recent stat lines.

The three ball has been no stranger to either team and Nebraska has taken more three point attempts than Iowa (414 against Iowa’s 320); as for percentage made, Iowa holds the lead 37% versus Nebraska’s 35%.

Listen in on the action here, or follow Hawkeye Heaven on our Facebook page for updates on the action. Tip off is set for 7:00 PM CST.