Spring football has come and passed! Last night (Friday 4-26) the Hawks wrapped up their 15 NCAA allotted spring practices with a short scrimmage open to the media only. Usually there’s a spring game/scrimmage open to the public. However, unfortunately due to new turf being installed at Kinnick, there’s no open scrimmage for fans to see this year.

Nonetheless, from my inside knowledge as a former student video assistant for the football team, the coaches’ press conferences, and other press releases, there are some things to report from the spring. Some pre-spring questions have tentative answers while others remain talking points for summer small talk with family and friends.

In no particular order of importance, below you’ll find some key tidbits of information that emerged this spring. Take each with a grain of salt, as there’s still four months until the Hawks kickoff the season against Miami of Ohio in Kinnick. Before diving in though, it may be useful to read my pre-spring depth chart analysis I wrote a couple months ago. It’s a good primer that helps contextualize what we learned from spring ball. Or, you can skip the pre-spring analysis and start reading the post-spring notes and revised depth chart below. 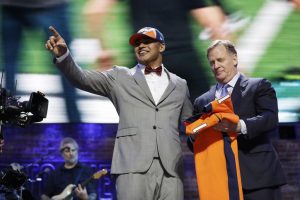 What’s Still Up in The Air 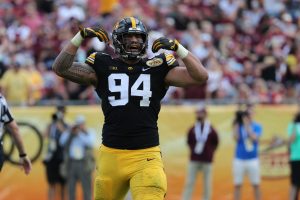 Stats and information courtesy of iowa.rivals.com/news…