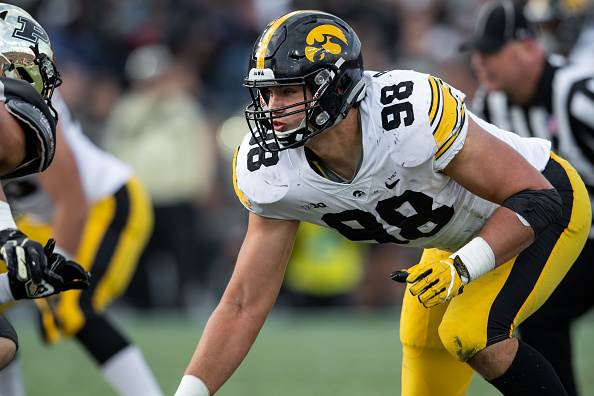 On Saturday afternoon, two more former Hawkeyes heard their names called. Anthony Nelson and Amani Hooker were both selected in the fourth round of the 2019 NFL Draft.

Nelson was selected by the Tampa Bay Buccaneers with the 107th pick. Nelson joins a defense that finished 31st in points allowed per game last season. It goes without saying this is a unit that needed to be addressed in the offseason. With six of their eight picks being defensive players they appear to be heading in the right direction.

Nelson is joining four time All-Pro and six time Pro-Bowl defensive lineman Gerald McCoy, on a defensive line that has underperformed in recent years. Nelson will have to compete for playing time early with William Gholston, Rakeem Nunez-Roches, and starter Beau Allen. However, should work his way into a healthy rotational role to start the season and potentially unseat allen as the starter opposite McCoy.

With pick 116 in the fourth round the Tennessee Titans traded up with the Jets for the chance to draft Amani Hooker. 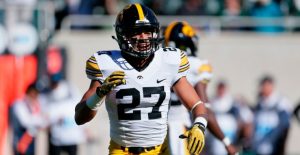 Hooker will compete for the third safety and nickel roles in the Titans defense as a rookie. With entrenched starters in Kenny Vaccaro and Kevin Byard, Hooker is now part of an impressive safety group. Which may make it difficult for him to see many defensive snaps this season.

Hooker’s versatility and physical toughness in the box may allow him to slide into a de facto linebacker role in certain defensive packages. Also his experience and ability to play slot cornerback should also increase his opportunities. All in all, as a rookie expect Hooker to flourish on special teams and make his mark when given defensive snaps.

The Nelson and Hooker selections bring Iowa’s drafted player total to four in this year’s draft, joining Noah Fant and TJ Hockenson. As Hawkeye fans it’s always tough to see these guys leave, but we wish them nothing but the best and hope to see them tearing up the field Sundays.

Also signing with NFL teams as undrafted free agents and attempting to make NFL rosters are;

What Did We Learn About the 2019 Hawks in Spring Ball?