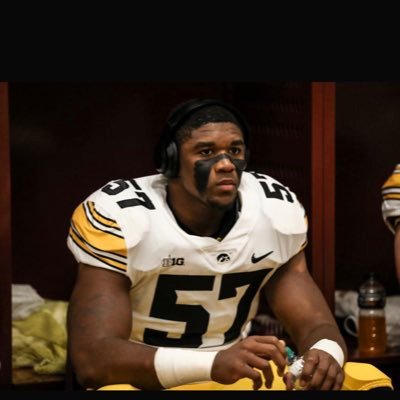 Seeing five key players on a top 25 team head to the NFL is never an easy thing. Especially if two of those players are taken in the first round at the same position.

Heading into the summer, post-spring ball, the Hawks will look to their youth to step up in several large spots. Tight end, wide receiver, offensive line, safety and pass rusher, to name a few. While there will be new names and new faces, Iowa fans have plenty to look forward to come to 2019 football season.

Here are several players Hawkeyes fans can look to that will provide some much needed spark this season.

With essentially the entire running back group returning from last year’s squad that collectively put up 1,723 yards and 16 touchdowns, Hawkeye fans can look to the experienced group in the backfield after losing several key pass catchers this off season. While Toren Young and Ivory Kelly-Martin will still be a large part of the offense, Sargent separated from the rest of the group last year in the final two regular season games against Illinois and Nebraska. Against the Cornhuskers, Sargent racked up 121 yards and two touchdowns while rushing for 173 and one touchdown against the Fighting Illini. The Key West, Flo. native averaged over six and a half yards per carry in both games.

While Sargent will be paired with several talented backs in the Iowa offense, one can expect him to receive a bulk of the carries in 2019.

With the departure of Anthony Nelson, Iowa will be looking for someone to attack the quarterback opposite of A.J. Epenesa. While Golston certainly contributed in 2018 with three and a half sacks and nine tackles for a loss, look to Golston to explode onto the scene in the Big Ten this coming season. With the spot open for the taking on the left side of the defensive line, Golston will have plenty more snaps and opportunities to make his name known.

While Golston’s name won’t terrify opposing offenses like that of Epenesa, Golston possess the athleticism, power and length to impact plenty. Offensive lines will have a fit against the talented pass-rushing duo.

With Iowa now garnering the name ‘Tight End U’ after George Kittle’s outstanding season in San Francisco and Fant and Hockenson going to the next level, this one was too easy.

While the tight end position is coveted at the University of Iowa, Beyer would exceed any sort of standard at any other university that utilizes his position at any sort of level.

Beyer, coming off a season where he saw the field very little and did not register a catch, stands at 6’5 weighing 244 pounds. Classic Iowa tight end. The red-shirt junior will catch his first ball as a Hawkeye in 2019, and plenty more. While we can’t anoint Beyer as the next great Iowa tight-end yet, he has all the tools to be.

Returning in 2019 as Iowa’s top pass-catcher, Smith-Marsette could be the top option for quarterback Nate Stanley this season.

Smith-Marsette caught 23 passes for 361 yards and three touchdowns in 2018, and could be a replacement for Nick Easley as he weighs in at a slight 177 pounds and stands 6’1. Plug and play at the slot position could not only open up the offense in the run scheme and passing the ball over the middle, but could free up guys like Brandon Smith and Dominique Dafney on the outside to make a play.

Smith-Marsette also started to show flashes of his talent at the end of 2018 by returning kicks, and will have an impact there for the Hawks as well. He returned a total of five kicks for 150 yards in the Outback Bowl against Mississippi State.

With saying goodbye to two starting safeties in Amani Hooker and Jake Gervase, Iowa will be looking for a cornerstone and leader for their defense in 2019. Pun intended.

With Stone seeing plenty of time last season and playing in all of Iowa’s 13 matchups, he will be a go-to veteran for leadership on the back-end of the defense. Having had four picks to tie for the team lead with Gervase and Hooker, Stone will be a turnover machine this coming season, getting the ball back to Stanley and the offense. With a two top pass-rushers in the Big-Ten, Stone will have plenty of opportunities to cause turnovers.