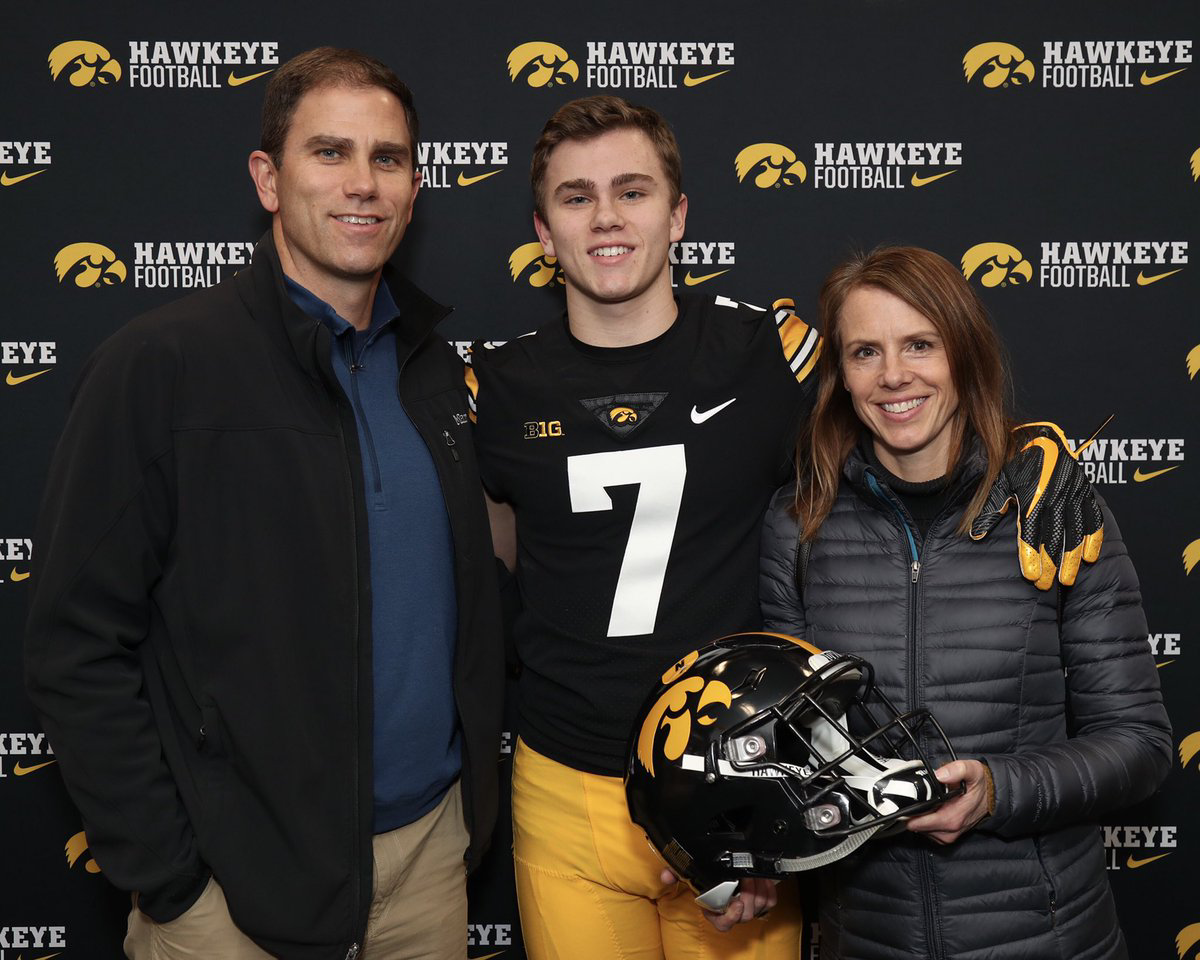 Thomas Hartlieb, The son of former Hawkeye Quarterback Jim Hartlieb, has committed to Iowa and will be a preferred walk-on most likely in the secondary.

Jim was a Hawkeye from 1989-1992 and a starter his senior year throwing for 1,579 with 12 touchdowns and seven interceptions battling injuries. He will forever be remembered for his 80-yard game winning touchdown/ two point conversion drive versus the Wisconsin Badgers in Kinnick for a 23-22 win.

The Hartlieb Hawkeye roots don’t end there as Jim’s brother’s Chuck and John both played as well. Chuck was a Hawkeye quarterback from 1985-1988 and threw for 6,269 yards and 34 touchdowns and 17 interceptions leading the Hawkeyes to a 1987 Seaworld Holiday Bowl victory. John was a linebacker.

Thomas hails from the Madison, Wisconsin area and is graduating from Edgewood High School. He stands at 5-11, 185 pounds and played quarterback and secondary his senior year.

Watching highlights of Thomas as quarterback, he is able to use his elusiveness to turn a lot of loss yards into big gainers, but he transitioning to secondary to get onto field anyway he can.

He appeared in two games as a defensive back in which he recorded 13 total tackles( 4 assisted and a tackle for loss) with one interception.

As a walk-on Thomas’s first action will most likely be special teams as he continues to adapt and grow into a secondary player. The Hawkeye secondary has had multiple successful walk-ons in the past, for example Brett Greenwood and Jordan Lomax.

All former player stats are accredited to wissports.net

A Look at the Hawkeyes 2019 Recruiting Class