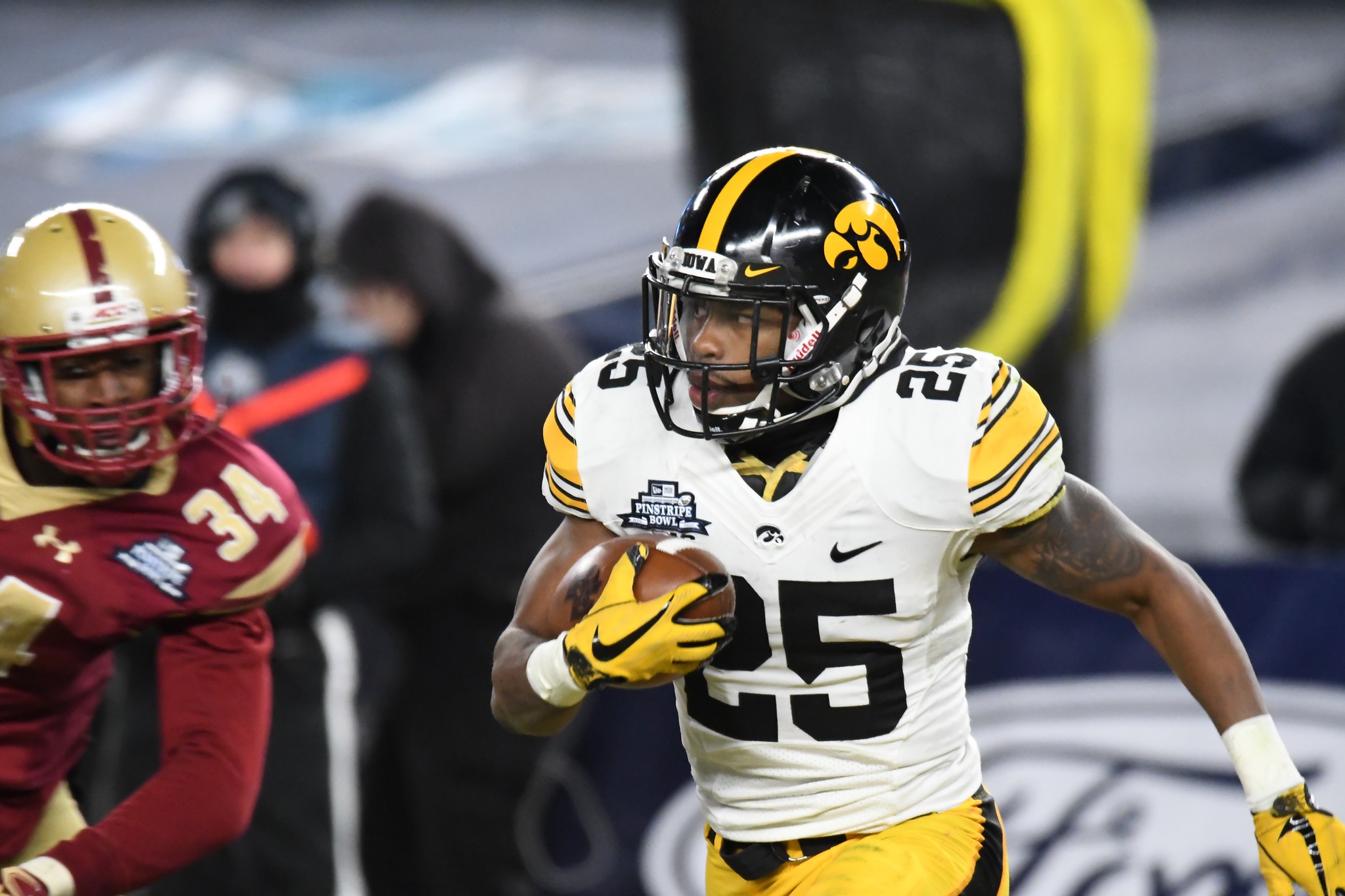 Iowa City, IA – Iowa football has always produced solid NFL talent on the defensive side of the ball. Players like Chad Greenway, Mike Daniels, Micah Hyde and Bob Sanders have made great names for themselves, but the offensive side has lacked production in the NFL. Sure, Iowa pumps out an occasional tight end who catches some footballs and some lineman who have good careers, but no one flashy.

The last skill position threat that has succeeded once they went to the NFL was Shonn Greene. He played a handful of seasons and broke 1,000 yards rushing twice, but dwindled shortly after that. Iowa could have a player in the NFL next season that will give Hawkeye fans someone to cheer for on Sundays. Enter Mr. Akrum Wadley.

Over Wadley’s final two seasons playing at Kinnick, he totalled 420 carries, 2,190 rushing yards and 20 touchdowns. As a receiver, he caught 64 footballs, had 668 receiving yards and six touchdowns. I like to imagine that the team that drafts him into the NFL will be getting a star.

Wadley can juke, absorb hits and has the necessary speed to break away from defenders. What is my favorite thing he does as a player, though? The ability to put the team on his back when he needs to. I can think of three prime examples.

The Iowa backfield was a little shaken up in this game, and Wadley entered as the third string running back. Many people refer to this game as “Akrum Wadley’s coming out party” and it is hard to disagree with that. Wadley would total four rushing touchdowns in this game and get Iowa a much needed win over a good Northwestern team.

This game was a roller coaster of emotions. Iowa was up by 10 then down by 10, but with the game on the line, Wadley prevailed. Iowa was trailing the Cyclones late in the game when Nathan Stanley would throw a dump down pass to Wadley, and he would break several tackles enroute to the endzone and force overtime. Iowa would win this game.

Iowa was undefeated when they welcomed in the Nittany Lions for a primetime game on ABC. With the Hawks trailing with 10 minutes left in the game, Wadley would catch another short pass to and take it to the house to trim the lead down.

Then, with under two minutes to play, he would do this…

Iowa would lose this game in heartbreaking fashion, but it was certainly not because of Akrum Wadley.

All of those other features are nice, his ability to make people miss and his speed, but his will to win is why I believe this man will succeed in the NFL. I know no NFL scout will read this, but just in case they do, here is my selling point.

Akrum Wadley is going to try his absolute hardest to get your team a victory. The man is a purebred winner, and I can not wait to see him play on Sundays.