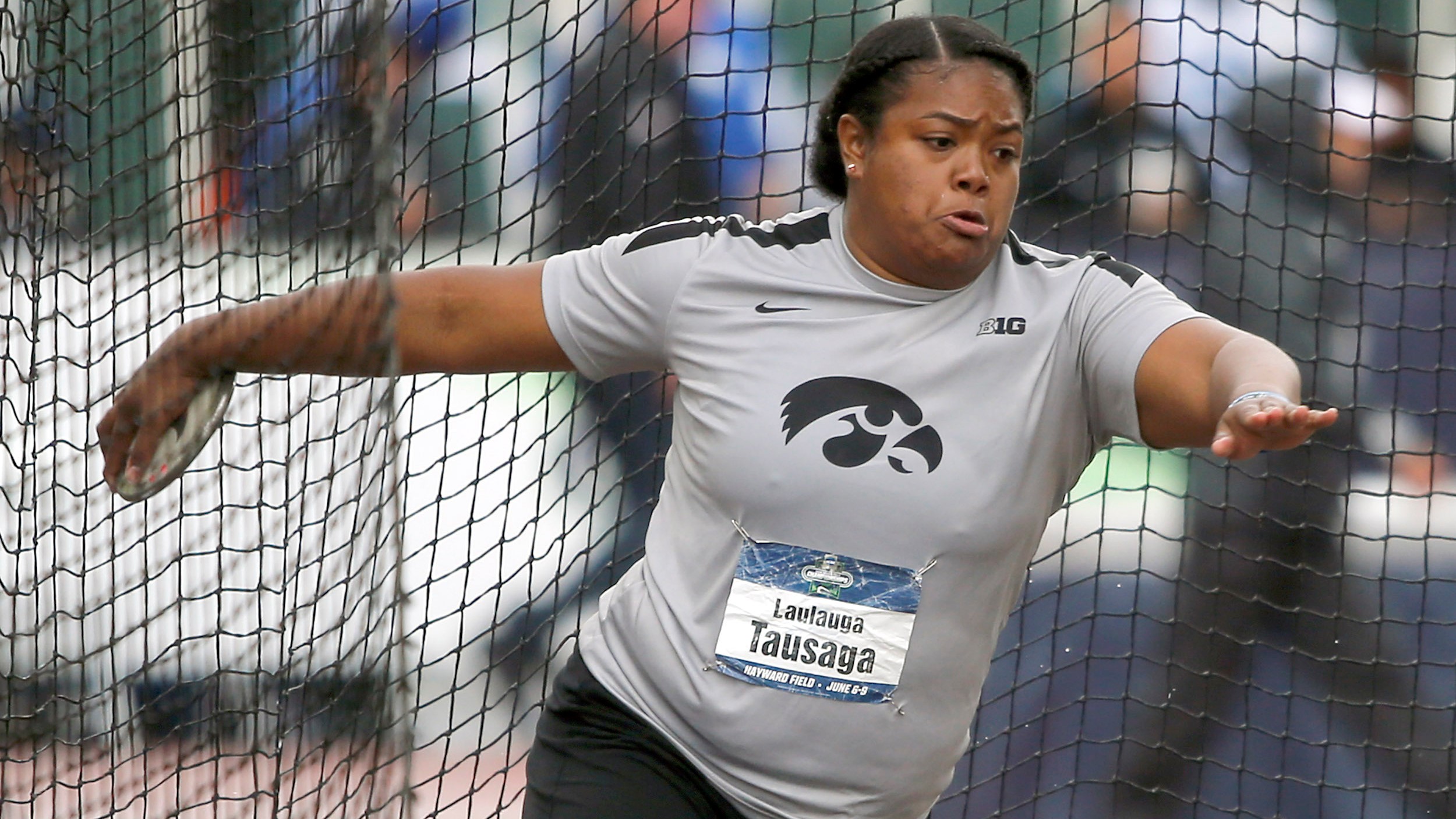 Last weekend, the Hawkeye track and field squad made their way to Sacramento, Calif. to compete in the NCAA West Preliminary round. 14 events earned top 12 spots and a bid for the national championships in Austin, Texas Wednesday, June 5 through Saturday, June 8.

“It was a fantastic weekend for us,” Iowa Director of Track and Field Joey Woody told hawkeyesports.com. “They came in with their minds set, and we got a lot of qualifiers. Today, we battled well. We’ve got people in events all across the board.”

On the women’s side, Laulauga Tausaga, took first in the discus by nearly two meters, throwing a distance of 62.69 meters (205 feet 8 inches). The BIG-Ten Champion in the event is looking to earn All-America honors for the fourth time in her career. Nia Britt, another junior thrower for Iowa, placed seventh in the shot put with a throw of 16.96 meters (55 feet 8 inches).

Junior Jenny Kimbro and senior Tria Simmons each qualified for the national meet as well in the heptathlon.

A multitude of Hawkeye men qualified on the track as well, led by a second place finish from junior Jaylan McConico in the 110 meter hurdles. McConico ran a personal best of 13.62 seconds, ranking him third all-time in school history.

Also running a personal best and ultimately grabbing the fourth fastest time in Iowa history, junior Karayme Bartley earned a spot in Texas finishing with a time of 20.51 in the 200 meters. Another junior, Antonio Woodard, placed 10th in the event, running a time of 20.76.

Eight-time All-American and three time BIG-Ten Champion Mar’yea Harris once again grabbed a spot at the national meet in the 400 meters, running a time of 45.49 to place sixth in the event. Freshman Wayne Lawrence Jr. will join Harris in Austin, having run 45.33 seconds.

Junior Nathan Mylenek, senior Chris Douglas and sophomore Jay Hunt would round out the individual qualifiers or the Hawks, Mylenek in the steeplechase, running 8:41.89 for 9th place, Douglas in the 400-meter hurdles, running 50.44 to place 11th and Hunt in the high jump, leaping over the bar at 2.16 meters (7 feet 1 inch) tying for 6th.

Two Iowa relays will also compete on the national stage this coming week, as the 4×100 meter relay comprised of Colin Hofacker, Bartley, Woodard and Lawrence Jr. ran 39.65 for 7th place and the 4×400 meter relay of Lawrence Jr., Woodard, Bartley and Harris would run 3:03.20 for 4th. The 4×400 may be in contention for a national championship, having come in fourth by a mere .15 of a second to perennial 4×400 powerhouse Texas A&M and currently ranking 6th nationally.

“We have the ability and we have the athletes,” Woody said about the talented relay. “It’s going to come down to who has the freshest team out there and who wants it more. I feel like we have the team that can run three-flat, or whatever it takes to win.”