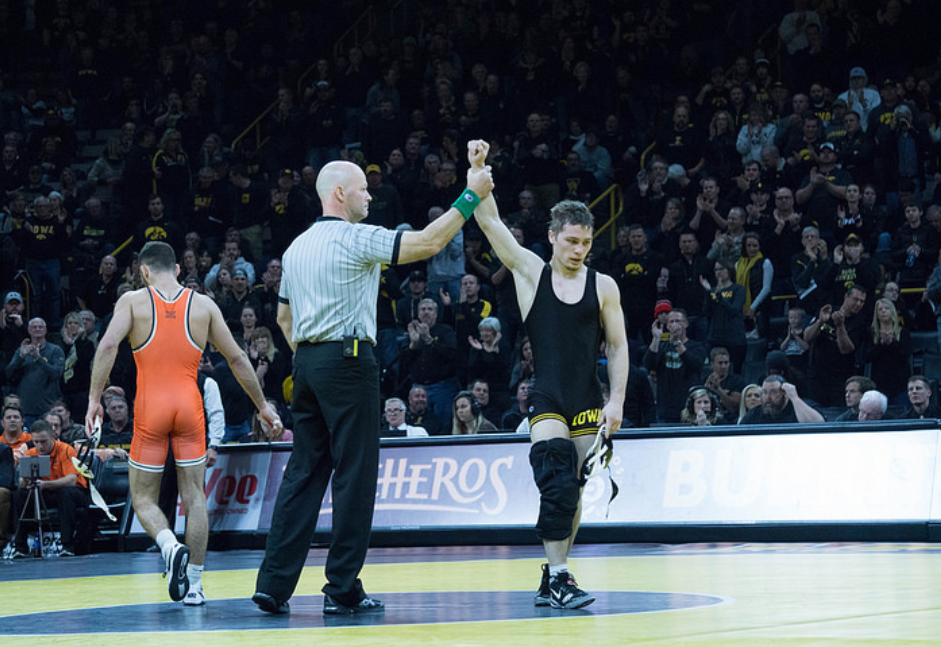 Spencer Lee has been named the 2018 B1G Freshman of the Year.

Iowa decided to pull his red-shirt before the Oklahoma State dual. Since then, he’s gone 17-1 with bonus points in 14 of his 17 wins, including seven pins and six technical falls. That includes multiple wins over Top 10 wrestlers at 125 lbs, including a 3-2 dual meet win over four-time Big Ten champion Nathan Tomasello. It’s also neat to note that former Hawkeye Football player and current B1G Administrator, A.J. Edds, presented the award to Spencer.

Spencer finished 3rd at the B1G Championships after losing to Tomasello in the Semi’s.

Spencer Lee will likely receive a 2 or 3 seed in the NCAA Tournament where he figures to be in major contention for a National Title at 125 lbs. Iowa is sending 9 wrestlers to the NCAA Championships after finishing 4th in the B1G Championships.

The Selling Point on Wadley