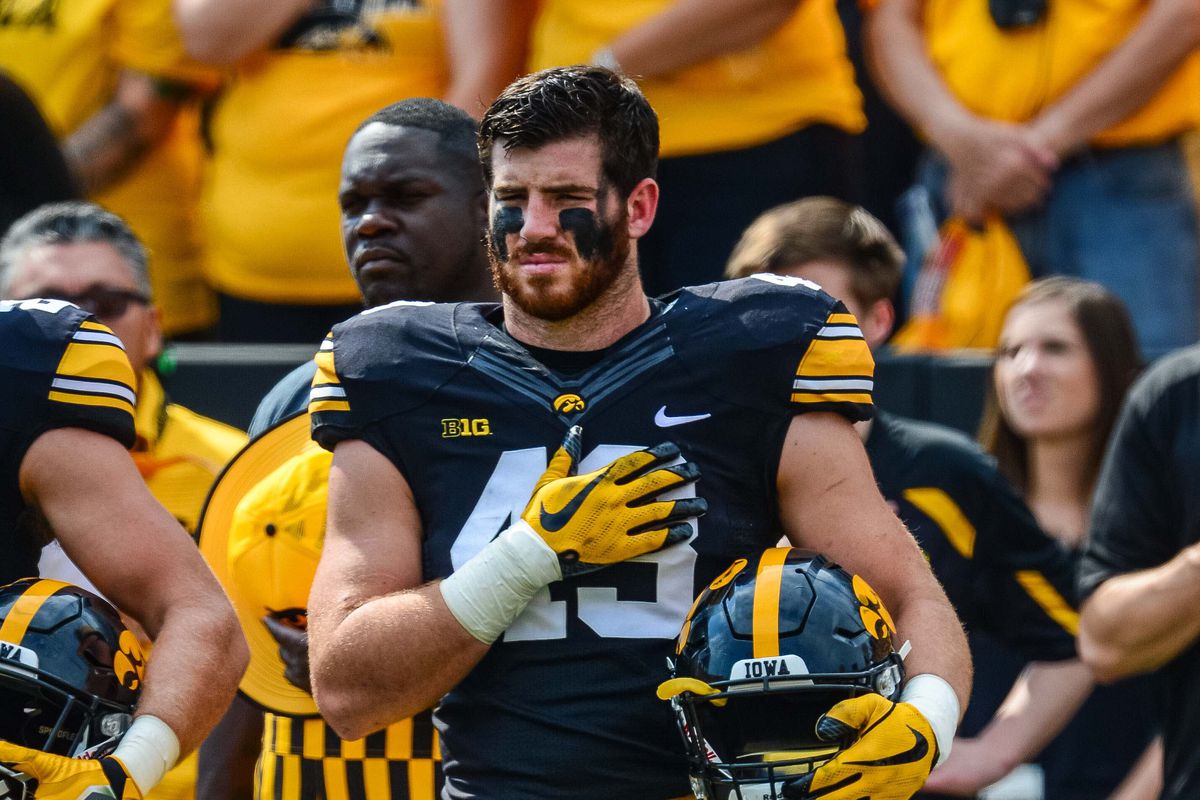 IOWA CITY, IA – What more can be said about this outstanding player? Josey ‘The Outlaw’ Jewell ended his career with 437 tackles, which put’s him 4th on the All-Time Total Tackles list in Hawkeye Football History.

Not only that, his knowledge of the game was few and far between. In November, a week after the win against the Huskers, Coach Ferentz said, “Josey isn’t just one of the best linebackers we’ve ever had here, but one of the best football players we’ve ever had.” Coming from Kirk Ferentz, who will be entering his 20th season as head coach of the Hawkeyes in 2018, it must mean something.

The hard-nosed, football genius that is Josey Jewell is someone who future Hawkeyes will try to model their game after. His effort on the field was second to none. Although we have had the absolute privilege of seeing this young man grow for the past four seasons, it has come to an end. There is a spot for the taking, but the shoes are tremendously big to fill. 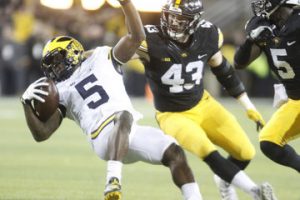 This will be tough to narrow down who will take Jewell’s spot, mostly because all of our linebackers were seniors last season.

We could see Ben Niemann’s little brother, freshman Nick Niemann take the role of inside linebacker. He ended the 2017 season with 4 solo tackles and 1 assist, ended with 5 total tackles. Niemann’s stature is comparable to Ben’s and Josey’s standing at 6’4” and weighing at about 230 lbs.

Sophomore Kristian Welch could be a potential inside linebacker. He stands at 6’3” and 232 lbs. and ended the year with 2 solo tackles and 4 assists, giving him 6 total tackles.

However, experience may be a big factor on to who gets the inside linebacker position. The player who has that advantage is junior Aaron Mends. His career stat line at Iowa (2015-2017) is 5 solo tackles and 8 assists, giving him 13 total tackles.

Another prospect to watch out for is Dillon Doyle, who just signed this winter. Not to mention, he is the son of Chris Doyle, Iowa’s Head Strength and Conditioning Coach. He stands at 6’3” and 209 lbs. Very young and small for the position, but with the great development under his father, there is no doubt that he can contribute to the Hawkeyes if not this season, the 2019 season.

Kristain Welch gets in his stance. // Photo Credit: hawkeyenation.com

The hard thing, at least for us fans, is to see a linebacking core without Jewell in it. Yes, we all know that the time comes where a player moves on, and rightfully so. But Josey has been a part of some great moments in Hawkeye history, and has been a huge part of the recent success we’ve had.

It is hard to see someone take his spot, let alone all three of the linebacker positions. The extremely tricky part, is to guess on who the starting three will be next year. Ben Niemann and Bo Bower don’t get a lot of the attention that Jewell does, but they too were extremely fundamental and fit the Iowa toughness mold perfectly.

This season could depend heavily on our linebacking core, as our defensive line will be one of the best in the Big-Ten. Better yet, we aren’t losing a single member of the defensive line. Although that is a huge positive, the negative is that the linebackers should have room to make plays.

The linebacker positions are the only ones that us Hawkeye fans should truly be worried about. As stated early, our defensive line will be tough, and our secondary has the potential in Geno Stone, Amani Hooker, and Jake Gervase. The only missing piece with not a lot of proven players, is the linebacker core.

We should trust the staff to make the right decision that will help us win on Saturdays. And we must be patient on the ability of whoever is out there. We have gotten accustomed to linebackers who are used to getting the job done every play. And with the shoes that Josey has left, it will take time to even get close to filling them.

Time To Turn It Around