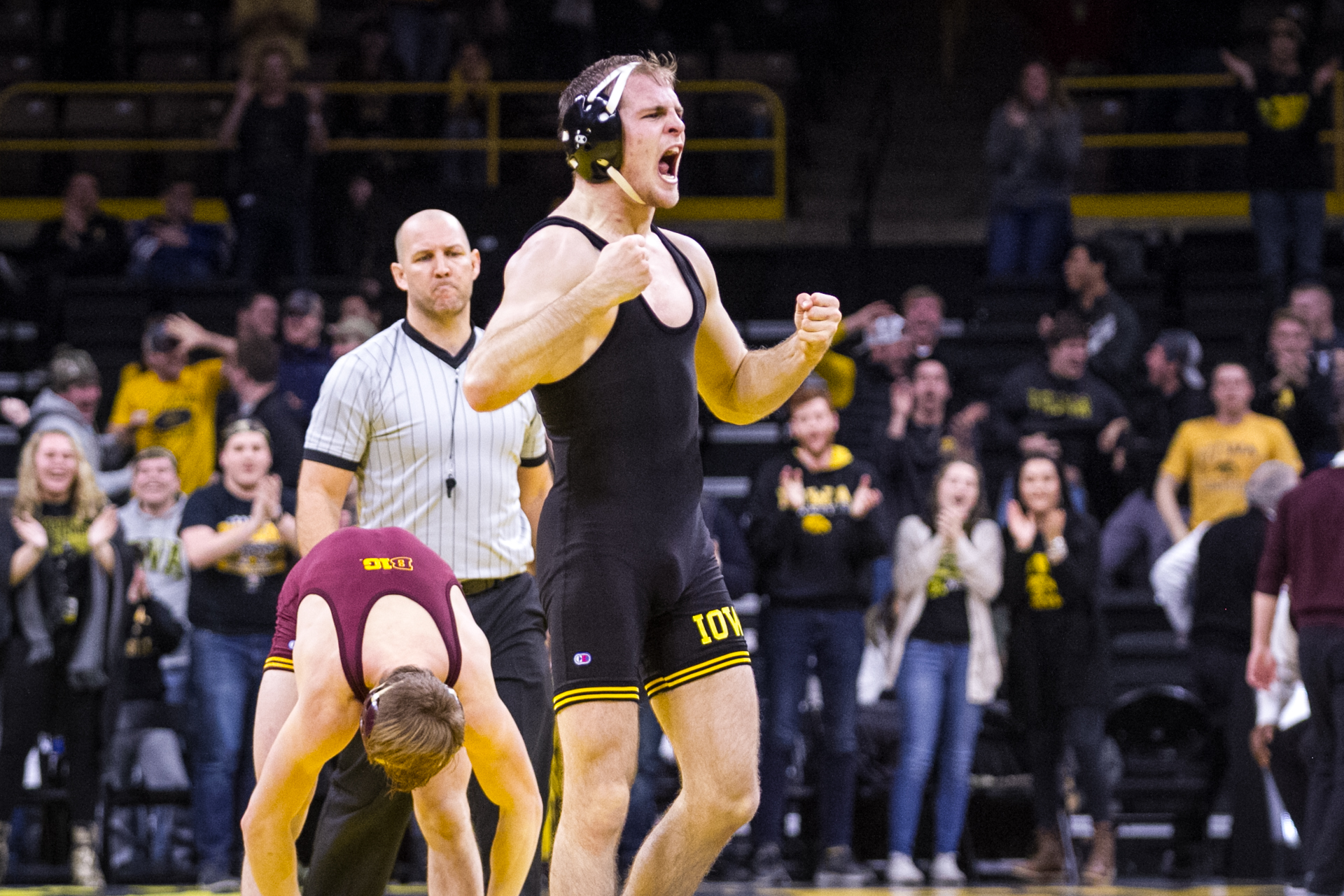 The Iowa Hawkeyes defeated the Minnesota Gophers in front of their home crowd 34-7, winning eight of ten matches against their rival to the north. Unsurprisingly the Gophers opted to draw for a starting weight in lieu of beginning the dual at 125 pounds. The upside was that meant that senior Brandon Sorensen got the opportunity to lead things off in what is one of the last matches for the Hawkeye in his home arena.

The dual started off with a bang as Brandon Sorensen racked up an early lead against Ben Brancle, leading 6-2 after the first period. In the second period Sorensen managed to pin Brancale to put the Hawks up big early.

Making his return to the lineup was Michael Kemerer who defeated Jake Short at 157 pounds. After missing last week’s dual against Michigan and the top eight ranked Alec Pantleo, Kemerer made short work of his Gopher opponent, racking up a 16-6 major decision. It was career victory #50 for Kemerer.

The dual featured only two ranked head-to-head meetings, with the first coming at 165 pounds where freshman Alex Marinelli maintained his perfect season with a 5-1 decision over #9 Nick Wanzek. After failing to convert on single leg attempts in the first and second periods, Marinelli was finally able finish on Wanzek in the third to pull away in the match 3-1. A stall point and rideout led to Marinelli’s other two points.

After giving Kaleb Young two consecutive dual starts, Tom Brands switched back to Joey Gunther at 174 pounds to take on Chris Pfarr. Gunther’s performance was highlighted by late period takedowns in the first and second period where he was able to ride Pfarr out. A third period escape pushed the final tally to 5-1 in favor of the Hawkeyes.