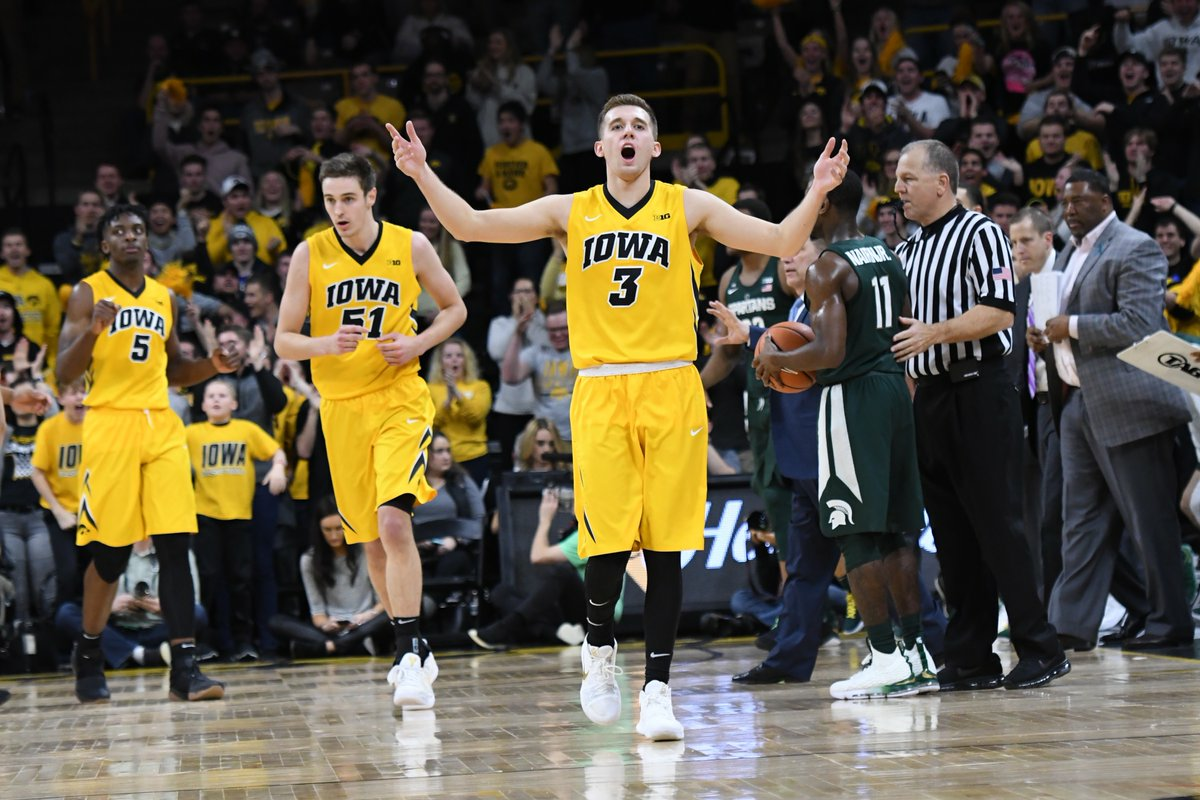 The Iowa men’s basketball team we had been expecting to see all season finally arrived on Saturday against Michigan State.

Even though the Hawkeyes lack of experience in close games led to a loss against the top-5 ranked Spartans, and Iowa giving up 96 points in 40 minutes of play, there were plenty of positive takeaways from Saturday’s loss. Now, the Hawkeyes will need to use the momentum they have from a stalwart performance and take it into Saturday’s road tilt against #14 Ohio State at Value City Arena in Columbus.

Iowa has already faced the Buckeyes once this season, a 92-81 loss at Carver-Hawkeye Arena right after the turn of the calendar. Iowa never really competed in that loss, looking lost in front of a solid home crowd.

Now, four and a half weeks later, the Hawkeyes are still in the basement of the Big Ten, while the Buckeyes are in first place after beating previously undefeated-in-league-play Purdue on the road on Wednesday. First year head coach Chris Holtmann and his staff have exceeded all expectation and have the Buckeyes well on their way to a high seed in the NCAA Tournament, in a year that they weren’t expected to even compete.

So we find ourselves in a situation where both teams are sitting in the opposite position of where many expected they would be. What’s been the secret to the Buckeyes success?

Holtmann and co. have really harnessed the true potential of Keita Bates-Diop, who showed serious promise in his first two years as a Buckeye but has blossomed into a Big Ten Player of the Year candidate in 2018. His 20.2 points per game lead the Big Ten and he’s third in rebounding with an even 9 boards per game. Ken Pomeroy’s analytics rank him as the fifth-best player in all of college basketball this season.

Don’t be fooled, though – Ohio State is not a one-man show. Jae’Sean Tate is a veteran forward at 6-foot-4 who’s averaging double digits in scoring for the third straight season, and is shooting 54.8% from the field while doing so. Junior point guard C.J. Jackson averages 12.5 points per game and double as many assists as turnovers, while freshman big man Kaleb Wesson (10.8 points and 5.2 rebounds per game) and senior Kam Williams (8 PPG) round out the starting lineup. The Buckeyes rank 11th in the country in KenPom’s defensive efficiency, second in the Big Ten behind only Michigan State. They also rank in the top 30 on offense.

Prediction: Ohio State wins 88-75. Iowa showed signs on Tuesday, but they had a huge home crowd behind them. They’ve played terribly in nearly every road game this year save one half at Illinois. Ohio State should feel comfortable coming off of a huge road win.

How Being an Iowa Hawkeye Fan Affects My Life