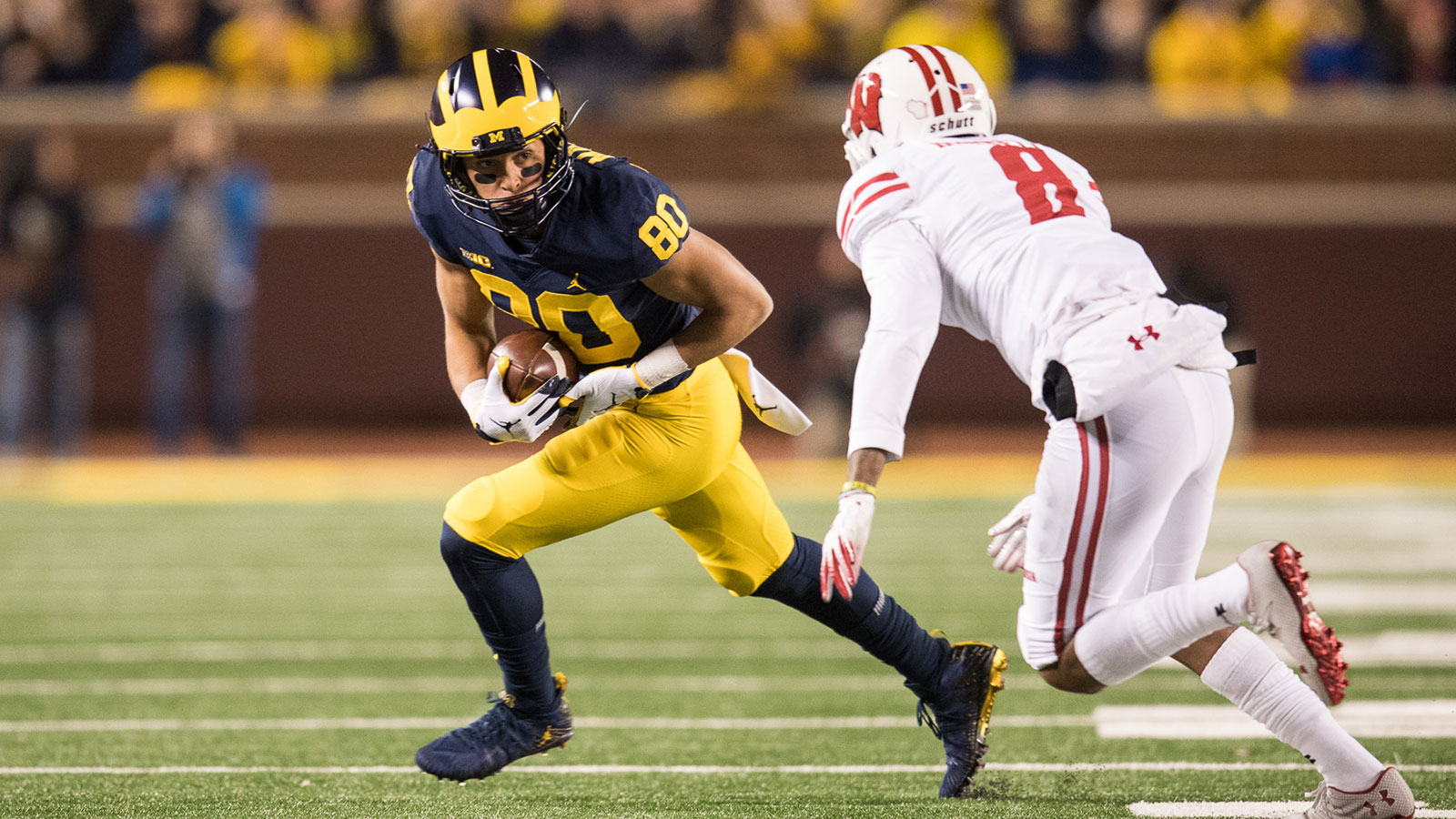 Entering the transfer portal is not taboo in the college football world, and generally, it doesn’t tend to get Iowa fans too excited. Oh, how the tables have turned.

Having the breadth of options that Jim Harbaugh does in the recruiting trail, it’s not difficult to imagine a situation where he makes his way into Iowa and leaves with a 4-star recruit signing, just not in Iowa City.

Having grown up in the home of the Hawkeyes, many fans were primed to believe that the young talent would join a squad of not-so-blue-chip recruits at the position of wide-receiver. And who knows, a revival at the position may lead to some higher-level recruits eventually playing in Kinnick.

With the profile Iowa continues to maintain at offensive and defensive line and now at tight end, the thought of bringing in those four and five star recruits doesn’t sound all that crazy.

But, the Iowa City West graduate deemed it the best choice to play in Ann Arbor, and Hawkeye fans had to deal with it.

After a single, fairly unproductive red-shirt freshman year (13 games played with 11 catches for 125 yards and a touchdown) Martin, who is surrounded by other four and five star recruits at the position and likely could continue the lack of production, determined it was time to test the waters. Rumors have spread that the hiring of new offensive coordinator, Josh Gattis, shortly after Martin committed may be another reason for his choice to enter the transfer portal.

Not to mention, having lost the three top receivers from last year’s squad, Martin could become the number one option for Nate Stanley. Also, with a group of receivers coming back who totaled 57 receptions (Nick Easley had 52 receptions in 2018), Martin will likely step in and immediately be the go-to guy. And become the go-to guy quickly. While transfers at the division one level typically have to red-shirt their first year in their new home, Martin will be applying for a waiver with the NCAA to compete immediately for Iowa, citing his red-shirt year for the Wolverines.

In a run-the-ball, pass-only-to-the-tight-end offense, Hawkeye fans should be excited for a possible dynamic change in Iowa City, opening up options for future draft pick Nate Stanley to show off a little this year and throw the ball often and deep. He has a lot of work to do, but Martin certainly has the potential to be up there with the Marvin McNutts, Andy Brodells and Tim Dwights of the Iowa football world.

Oliver Martin is a Hawkeye!