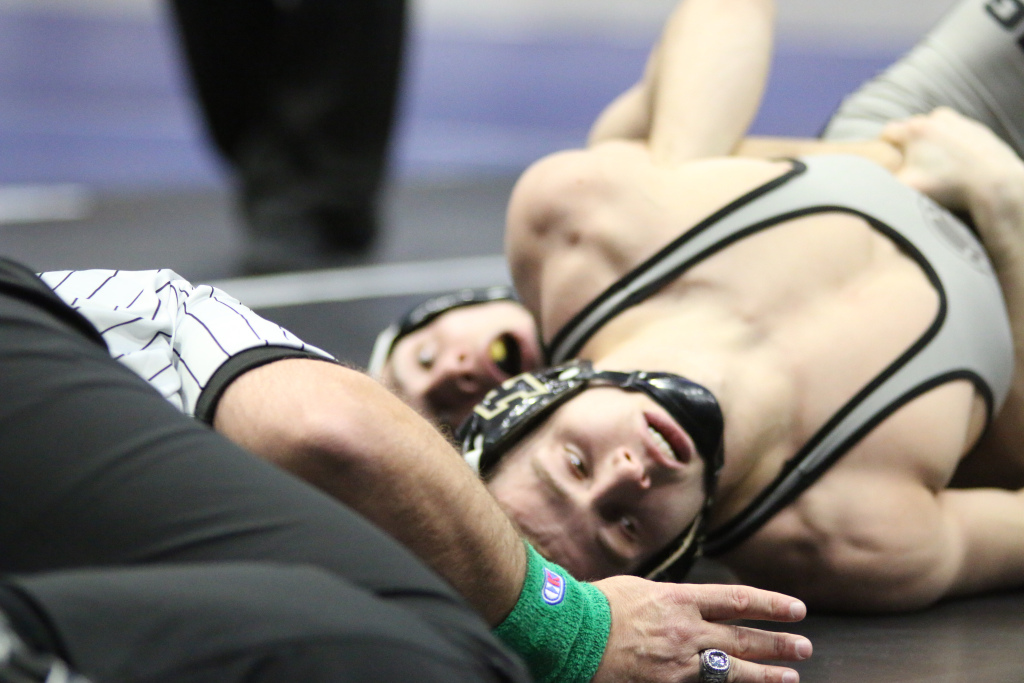 125: Spencer Lee over Purdue’s Luke Welch by a 18-0 technical fall. Led 12-0 after one, then takedown and four backs in the second to win. Lee is into the quarterfinals.

157: Michael Kemerer over Stanford’s Paul Fox via second period fall. Turned a tilt into a half-nelson pin. He’s into the quarters.

165: Alex Marinelli over Minnesota’s Nick Wanzek by third period fall. Had four takedowns, then worked a cow-catcher over for a pin in 6:15. He’s into the quarters.

HWT- Maryland’s Youssif Hemida over Sam Stoll 7-2. Hemida took Stoll feet to back for six points in the third to win.

Iowa sits in 3rd place after Session II and will send 3 wrestlers to the quarterfinals. Iowa has 8 of their 9 still alive, with 6 wrestlers on the consolation side of the bracket.