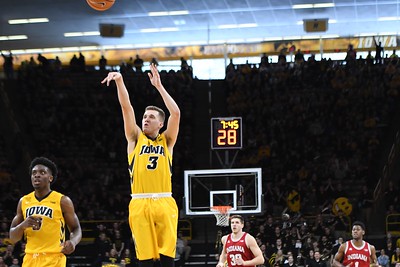 On Friday, Jordan Bohannon sent out the following tweet:

So proud of the guys this season. Would’ve been easy for any team to give up with the season we had. But, not one time did we stop learning, working, or believing.

Shortly after posting this, a Fake Twitter account that goes by @CoachBFerentz_ tweeted back at Jordan the following message:

Have you apologized to those you shamed this summer for making the right call about Iowa not being a tournament team?

Jordan could have responded to this in a multiple number of ways, but yet again, the Jordan we have come to love and respect took the high road. I will never understand why some “fans” will get behind a computer and act like they are the baddest person on the planet? I’ve got news for you, Superman didn’t wear a mask.

I will never apologize for setting high expectations. That is what life is all about, setting goals, working and trying to accomplish them. Maybe you should start doing that instead of creating a fake Twitter account and hiding behind a computer screen???? t.co/kCl0ed2lHw