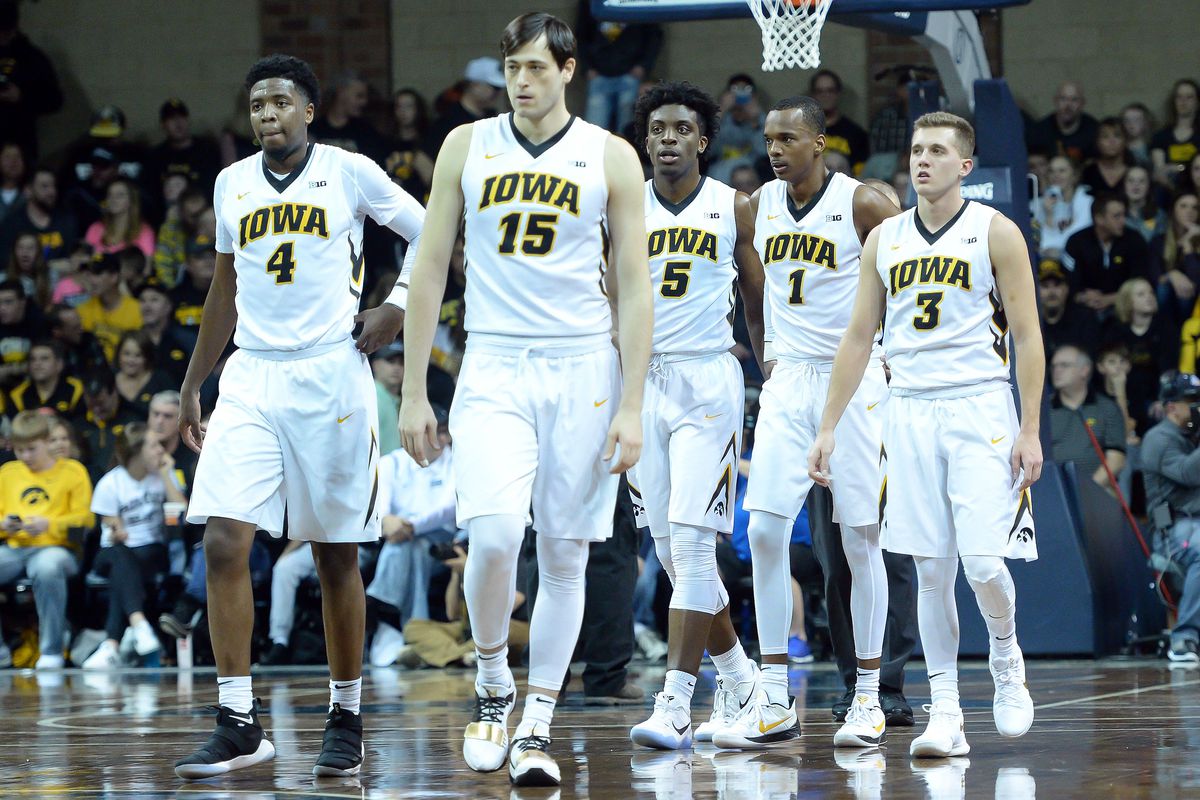 After back-to-back losses for the second time this season, Fran McCaffrey and his team will have their hands full on Friday night. The Hawks kick off February with fifth ranked Michigan (20-1, 9-1) coming to Carver-Hawkeye arena.

Last time the Hawks lost two in a row, by the way? They handled rival Iowa State by 14 in a game that was never in doubt. Before beating the Cyclones Iowa dropped their first two in Big Ten play against Wisconsin and Michigan State.

Although Iowa (16-5, 5-5) finds themselves in a similar spot at home, their opponent is much tougher. John Beilein’s squad is holding teams to a ridiculous 56 points per game this season. The Hawks, who average just over 82 a game, will look to push the pace and keep Michigan from setting up their top-ranked defense. But more importantly, I’m looking for a heavy dose of Tyler Cook. Like, heavy heavy.

Ethan Happ owned the paint when Wisconsin handed Michigan their lone loss of the season, scoring 26 points and grabbing 10 boards. The Hawks may need a similar performance from Cook on Friday if they want to capitalize on their last chance at a signature win. Iowa is in desperate need of a win to separate themselves from the middle of the Big Ten standings. Sure they could do some damage in the conference tournament but let’s not take our chances.

One of the more intriguing match-ups of the game comes at the always exciting free-throw line. Iowa’s offense ranks first in the country in made free-throws and fourth in attempts. The Hawks count on nearly 20 points per game from the line while the Wolverines refuse to put teams on it. Michigan’s defense ranks first in opponents made free-throws and second in attempts. If Iowa can get their average from the line they’ll have a real shot at pulling off the upset.

It’s no secret that Michigan’s defense makes it tough for opponents to score. What also makes it challenging is their lack of turnovers, just over 9 a game. The Hawks love to play fast and score in transition, but might not have many chances against the careful Wolverines. I’ll be keeping a close eye on how Fran mixes it up throughout the game. Particularly the different defenses he relies on to create havoc and disrupt Michigan’s rhythm.

It’ll be important for the Hawks to come out of the gates with energy after a couple of disappointing losses. The loss to Michigan State was tough, but understandable. The loss to Minnesota, however, was preventable. Iowa got what they wanted, a fast-paced game with the methodical Gophers. The Hawks were unable to get stops consistently and could never close the gap.

After a 5-3 run in January, book-ended with losses to Michigan State and Minnesota, Iowa will be happy to turn the calendar. As the Big Ten tournament approaches, the Hawks will look to regain confidence and build momentum. A win over fifth ranked Michigan would be one helluva start.

All statistics from sports-reference.com