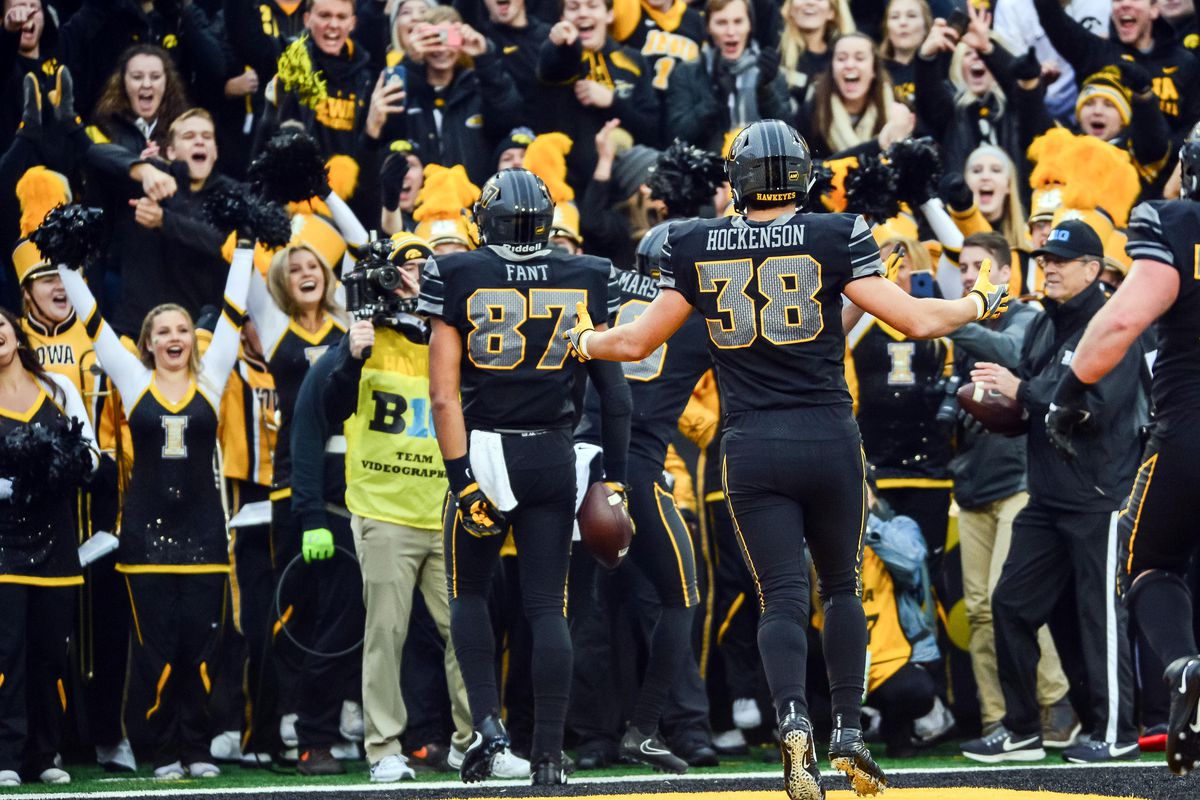 As the NFL Combine is set to take place this week, college football players from around the country set their sights on Indianapolis as they take the next step towards their NFL dreams.

Of the 338 participants, four former Hawkeyes will be participating this week. Taking part in the on-field workouts, medical checks, and team interviews, these guys look to make their mark in front of every NFL team. With special teams, offensive lineman, and running backs arriving Tuesday, the first Hawkeyes don’t check in until Wednesday morning.

Noah Fant and Tj Hockenson will arrive with the rest of the tight ends as well as quarterbacks and wide receivers. The dynamic Hawkeye tight ends have a chance to make history this April, becoming the first pair of tight ends to be drafted in the first round from the same school in NFL history.

That quest continues this week in Indianapolis. Fant finished his career at Iowa ranked fourth all time in touchdown receptions with 19, most ever by a tight end in school history. Fant also finishes 37th in receiving yards with 1,083 on 78 receptions.

Hockenson trails just one spot behind Fant in all time receiving yardage. His 1,080 yards have him ranked 38th. Hockenson also finishes his career with nine receiving touchdowns and even one rushing.

Both players are expected to put their athleticism on display and leave the combine firmly in the round one discussion. Both have unique athleticism paired with NFL ready frames that teams covet. Although they have different play styles, both players should find success at the next level.

The first defensive players begin checking in Thursday when both linebackers and defensive lineman report. Defensive lineman Anthony Nelson is the only Hawkeye appearing in this group.  Nelson leaves the Hawkeyes after recording 119 tackles and 23 sacks in his career.

Nelson is projected to be a mid-round pick and is looking to solidify his draft position, or potentially improve upon it this week. Nelson is hoping his 6’7” frame and relentless motor help him land on an NFL roster. Through the pre-draft process, Anthony Nelson is flying under the radar. With a big week in Indianapolis, Nelson could find his name coming up in more and more conversations.

On the final day of check ins Amani Hooker arrives with the rest of the defensive backs. Hooker could have the most at stake as he arrives in Indianapolis. His college production speaks for itself with 125 tackles and 6 interceptions in just 25 career games.  But with draft projections as high as the early third round, it will be up to Hooker to prove he is worth an early round pick with his on-field workouts.

The NFL combine is one big job interview. Each NFL team has the opportunity to sit down with 60 athletes for 15-minute formal interviews. With these interactions being limited, that makes each one of them extremely important. This is a chance for teams to get to know the prospects and for the players to truly make their mark.

Each of these guys know what is at stake this week and have been preparing for their opportunity to make a statement. It’s time to go out and prove they belong in the NFL.