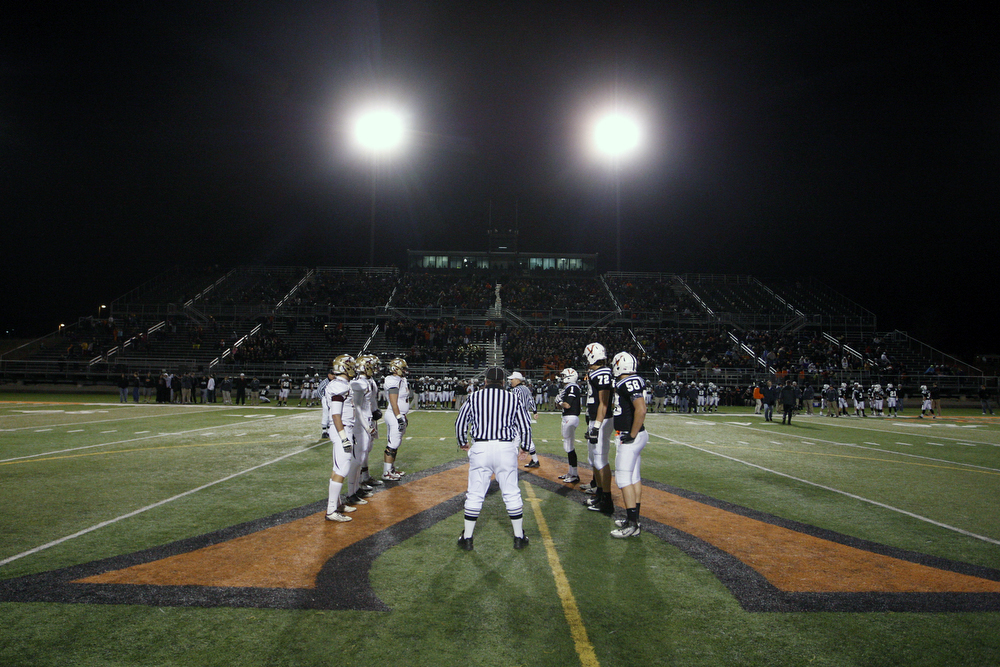 Week 2 is here. The Boys of Fall who played a week zero game will soon be a third of the way through their season. We had a tremendous premiere Friday night with our High School Football show on Mediacom Channel 22 and live streamed right here on our site. We had people from all over the state reaching out via social media for scoring updates the entire evening.

We’re poised to bring you the same coverage this Friday evening from 7-10 pm. It’s totally free to access/watch. Sign up for an account on www.bcdivide.com and follow THIS LINK for free viewing from your desktop or mobile device. We promise to have correspondents positioned around the state providing you with more scoring updates than any other media platform out there. Cody and Marty will be in studio pumping out all of the scores.

Below you will find a few of the games that will have our attention as the clock strikes 7:00 (or 7:30) Friday evening.

Waukee and Valley both started the season with wins a week ago. Waukee put up 300 yards of total offense against Urbandale, and pulled away in the 2nd half at home. The Warriors will have their hands full this week as they head to nearby Valley Stadium to take on the Tigers.

West Des Moines Valley showed some composure last week as they went on a long road trip to Bettendorf, and knocked off a team that will likely be in the playoffs in 8 weeks. Valley is lead by Beau Lombardi. If that name sounds familiar it should. His older brother Rocky was the most recent Valley signal caller, and he is now playing football in East Lansing for the Michigan State Spartans. The Tigers have arguably the best running back in the state in Tre Mason. Last week Mason rushed for 194 yards and 2 TDs.

The rivalry game between Ankeny Centennial and Ankeny would normally be circled on the calendar as a potential game of the week nominee, but both the Jaguars and Hawks had a slow start to their season a week ago. Centennial lost to a Johnston team that was able to keep the Jags from completing a single pass until the 3rd quarter. Yes, you read that right, the 3rd quarter.

The Hawks showed glimpses of hope in week one while facing the four time returning state champions Dowling Catholic. Their inability to get off the field on defense hurt. Combine that with some offensive turnovers and it’s not usually a recipe for victory. Especially not when playing Dowling.

There is the potential for history to be made on Friday evening should the Hawks upset the Jags. Since their inception in 2013, Ankeny Centennial has never started out a season 0-2.

We had to throw this match-up in here for personal reasons. Back in 2002, both of us were suited up for Benton Community when they were set to face off against Marion. Our Bobcat rushing attack was in full force and Coach Goodchild had us all ready to prove a point. No city school was going to outplay or outwork the farm boys of Benton County. The point was made loud and clear that evening as the Bobcats won in dominating fashion by running the ball EVERY single down of the game. It turned out to be a complete beatdown.

Now, many of the young men who that played that night at Bobcat Stadium are coaching, and times have changed. The Bobcats are lead by Spencer Touro at QB, and their offense features the pass much more than we did back in the day. Touro passed for 120 yards last week in what turned out to be an easy victory for the Bobcats over Oelwein. This week however, things get quite a bit trickier.

The Marion Indians are loaded this year. They are lead by Junior Trevor Paulsen. A week ago, Paulsen rushed for 100 yards on the ground and threw for nearly 300 yards through the air. The Bobcat secondary will be under pressure all night. Which means the defensive line will need to do everything they can to help bail their secondary out.

As we followed along the Pella/Osky game last Friday night we were surprised to see Pella wasn’t dominating the game early on. Primarily because we have become used to watching Pella dominate.  The final score ended up being 35-7, but this Pella team is different then years past. They are young and inexperienced, and this game has the potential for an upset. However, Pella has won 49 out of their last 50 games so upsetting them will be no easy task.

Dallas Center Grimes is lead by Senior QB Damon Clapper. Clapper head 72 yards rushing and managed to find the end zone three times against a solid ADM team. Their competition is about to take a steep step up this week. They’ll need to be firing on all cylinders in order to have a chance to win late in the game.

West Central Valley (WCV) is bringing their aerial attack to Saydel Stadium Friday evening in what should be a great game. WCV got their season off to a great start by beating ACGC 30-27 Friday night.

Saydel has started the season 2-0 for the second straight year. This is a huge accomplishment for the Saydel program. Props to Coach Justin Russell. He becomes the first, first year head coach to start out 2-0 at Saydel, and will look to add to the record books should his Eagles move to 3-0.  Saydel is anchored by a stout defensive group at LB and Defensive End. If you are at the game expect to hear the names Sprague, Garrison and Stephenson quite often through the loudspeakers on Friday night.

We are going to take a dip down to the 8 man world to finish the 6 pack. The Don Bosco Dons head to Marengo to take on the Iowa Valley Tigers. The Tigers are looking great to start the season having outscored their opponents 108-42 so far in their 2017 campaign. Garret Sims and Ben Smith will need to stay locked and loaded for the Tigers to improve to 3-0.

The Dons come in having played 1 less game than Iowa Valley, but they took it to Midland on Friday evening. The Dons are lead by Senior Wyatt Sawvell who has racked up 3/4 of the teams total offense this season. He ran for 143 and threw for 124 last week. It will be imperative for the Tigers to find a solution to stopping him early on in order to come away with the win. Coming off a 12-1 season the Don Bosco Dons look to be a force to be reckoned with yet again this year.