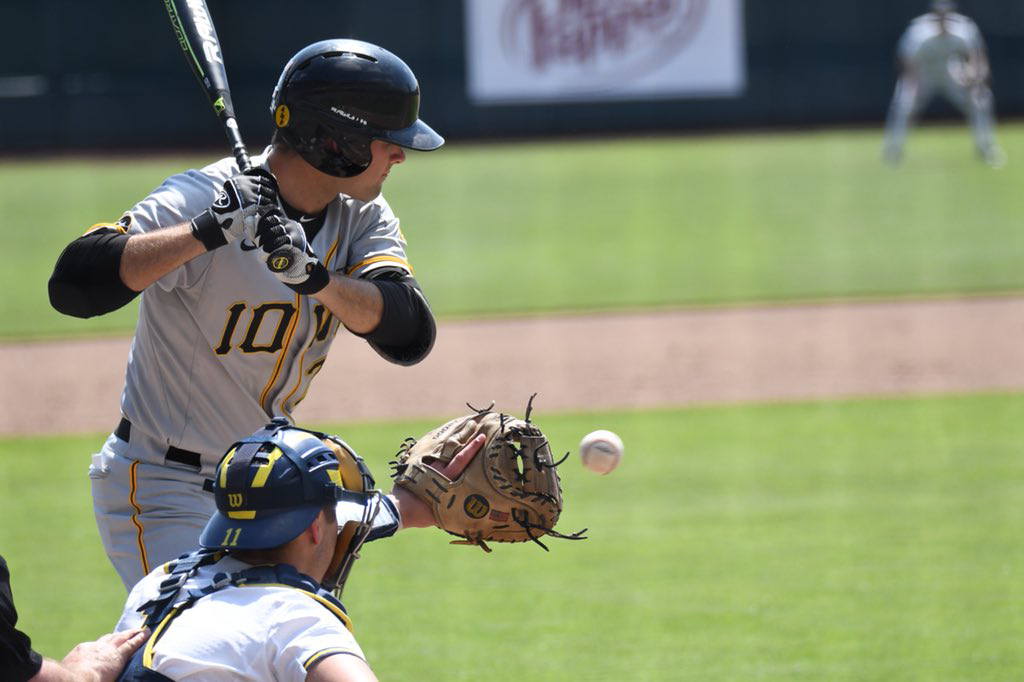 Altoona, IA – Michigan defeated the Hawkeyes in a pitcher’s duel in game one of the 2018 B1G Baseball Tournament in Omaha. The Hawkeyes scored first, taking a 1-0 lead in the 2nd with a single from Lorenzo Elion and an error for the Wolverines. That proved to be Iowa’s only hit of the game. Michigan tied it in the 4th with a solo home run. Iowa never threatened offensively after Michigan tied the game. The last 20 Hawkeye hitters were retired in order. Michigan won the game in the 10th on a bases loaded sacrifice fly.

Iowa’s offense did next to nothing today, managing just one hit, a single by Lorenzo Elion and three walks, by Robert Neustrom, Chris Whelan and Matt Hoeg. Hoeg also scored the only Hawkeye run of the game.

Iowa had another incredible pitching performance by their ace, Nick Allgeyer. He kept the game in hand, pitching 7 innings allowing just 1 run on four hits and 3 walks, while tying a career high with 9 strikeouts. Zach Daniels pitched 2 1/3 innings, being charged with one run on one hit and two walks. He struck out three. Nick Nelsen retired one hitter before giving up the game winning sacrifice fly.

This loss sends the Hawkeyes to 33-19, and means they have a lot of work to do to get back in contention for the B1G Tournament title. Iowa is now in the loser’s bracket, they next play tomorrow morning at 9am, against the loser between Ohio State and Purdue, who are currently playing. If the manage to win that game they would play again on Friday at 3:30pm in another elimination game. If they lose the season is likely over.