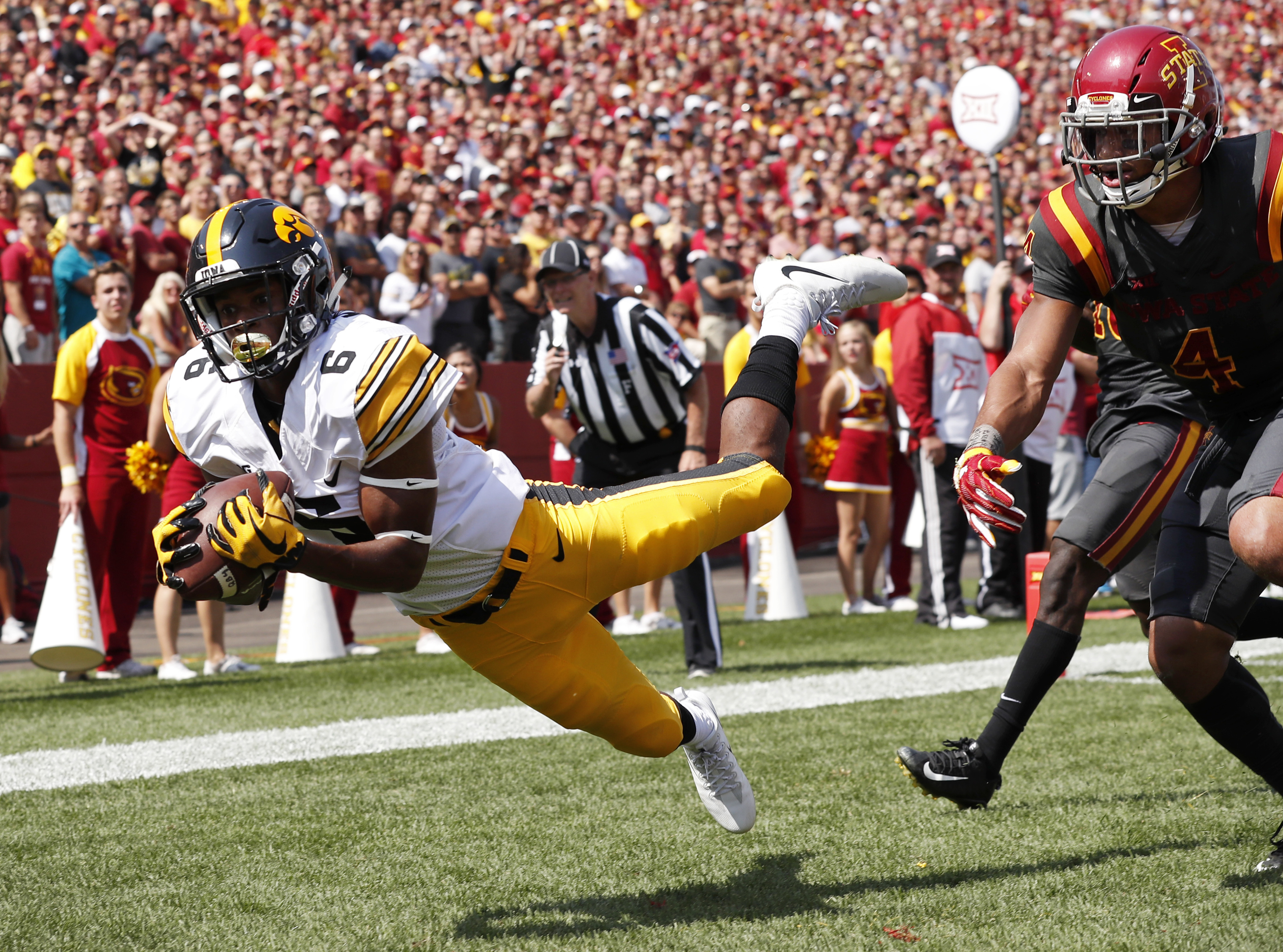 Iowa City – For some Iowa Hawkeye fans, the massive young man wearing #74 lined up at right tackle during Saturday’s homecoming victory over Illinois may have been unfamiliar. That would be Tristan Wirfs, the first true freshman to start at tackle in Kirk Ferentz’s 18 seasons as the University of Iowa head football coach, and only the fourth true freshman to start anywhere along the offensive line over that same span.

The use of younger players at high levels in college football has been a quickly growing trend – after 70 years of being awarded to juniors and seniors, the Heisman Trophy has been won by freshmen and sophomores in six out of the last ten years – but Iowa has always been a team quick to rely on experience over unproven young players. The 2016 and now 2017 seasons are indications that that trend is being bucked, and for good reason.

While Iowa’s true freshmen have not, for the most part, posted extremely flashy or impressive numbers, the impact of their play on the field goes beyond the box score. The fact that true freshmen are playing in a Kirk’s system should already say a lot about the talent level of the young players.

On defense, Geno Stone had his first interception of his career yesterday, helping a defense that has struggled to grab takeaways this year. Five-star, blue-chip prospect AJ Epenesa came into Iowa City with high expectation, and even though the numbers (9 tackles, 2 sacks in five games) are not outstanding, he has provided invaluable pressure on the quarterback on nearly every snap he plays, and has been one of the bright spots on a somewhat disappointing defensive line.

The offense is where some true freshmen (and newcomers in general) have really made an impact. One of the biggest questions with the Iowa offense headed into the season was the wide receiving group. Senior Matt Vandeberg entered the season as the only wideout on the Hawkeyes roster to have a caught a pass at the Division I level, and he was injured for most of 2016. Iowa signed a multitude of wide receiver prospects in the 2017 class, but few were blue-chippers, and even fewer were expected to be instant-impact players. Due to the lack of depth, several of these prospects have been forced onto the playing field, and have more than held their own.

Ihmir Smith-Marsette, a three-star prospect who was originally committed to Rutgers, has been one of the Hawkeyes’ best receivers, and perhaps their biggest playmaker at the position. He snagged the game-winning touchdown against Iowa State in Ames, and instantly became a household name for Hawkeye fans.

Ivory-Kelly Martin, a running back, has made multiple plays as a receiver. He’s also shown glimpses of being a pretty damn good running back.

Even when true freshmen players are not putting up stellar numbers on the stat-sheet, the experience of playing regularly can prove invaluable. Noah Fant, a sophomore tight end, has been stellar for the Hawkeyes this year, with 13 catches for 201 yards and 3 touchdowns. He only played sparingly as a true freshman, but there is no doubt that limited experience helped him to be better prepared to take a step forward as a sophomore. The same can be said for Anthony Nelson, a budding star on the defensive line, and Amani Hooker, who has made huge strides at safety.

The 2017 Iowa Hawkeyes are probably not going to be contending for any titles, although the Big Ten West is still up for grabs. If the team can get better over these next couple of weeks then they could make a run at it, but the point is that the opportunity is there for the these freshman to gain much needed experience. When it comes to future years and more important games, we can all be thanking Ferentz and the Iowa coaching staff for making the call to use youth earlier and more often.

Where Does Josey Jewell Rank as a Ferentz-era Great?