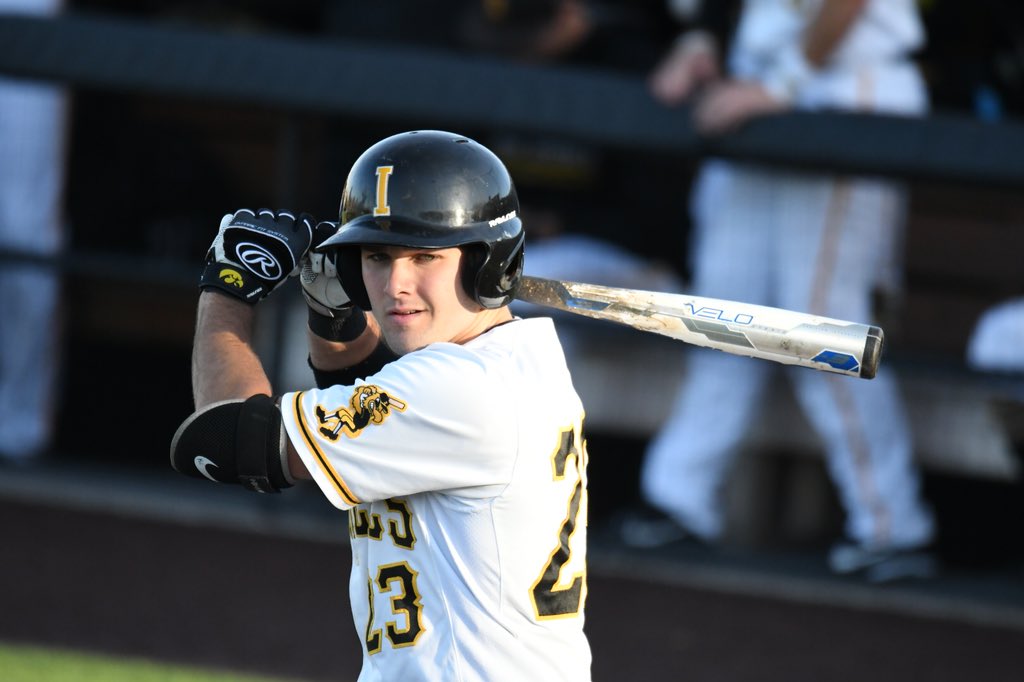 Iowa struggled to get anything going offensively in their first conference game of the season, falling to 11th ranked Indiana 4-2. It was a competitive game, being tied 1-1 in the sixth inning, where the Hoosiers scored on a solo home run and RBI single to take a 3-1 lead they wouldn’t give up.

Offensively, Iowa only could manage six hits. with Tyler Cropley being the only Hawkeye with multiple hits, going 2-4. Justin Jenkins hit his first home run as a Hawkeye, going 1-2 with the solo home run, he also drew a walk.

NIck Allgeyer got the start on the mound, and he battled through seven quality innings. He gave up 3 earned runs on ten hits and one walk, while striking out five. He definitely kept Iowa in the game. Shane Ritter gave up 1 run in 1/3 innings pitched. Nick Nelsen pitched 1 2/3 innings without allowing any runs or hits, he did allow two walks and got three strikeouts.

Iowa led wire to wire against 11th ranked Indiana in game 2 of the doubleheader. The Hawkeyes scored two in the bottom of the first on an RBI single from Matt Hoeg and a bases loaded walk from Justin Jenkins. Indiana didn’t score until the 8th inning, and was held to just two hits for the ballgame.

The Iowa offense was again led by Tyler Cropley, going 3-4 with a solo home run, two runs batted in, two runs scored, and he also drew a walk. Robert Neustrom went 2-5 with one run scored, and Chris Whelan hit his first home run of the season.

The story of this game was Iowa starting pitcher Brady Schanuel. After allowing a first inning single, he did not allow another hit in the seven innings he pitched. He did allow four walks, while striking out a career high eleven batters, driving his pitch count up to 110. He earned the victory, improving to 4-2 on the season. Zach Daniels closed out the game, pitching two innings, allowing one run on one hit and one walk, while striking out one.

The Hawkeyes improved to 13-8 on the season, and 1-1 in Big Ten play. They cancelled Sunday’s game. Next game is Wednesday hosting Bradley at 4:05 pm CT.

Iowa Baseball Comes From Behind To Win