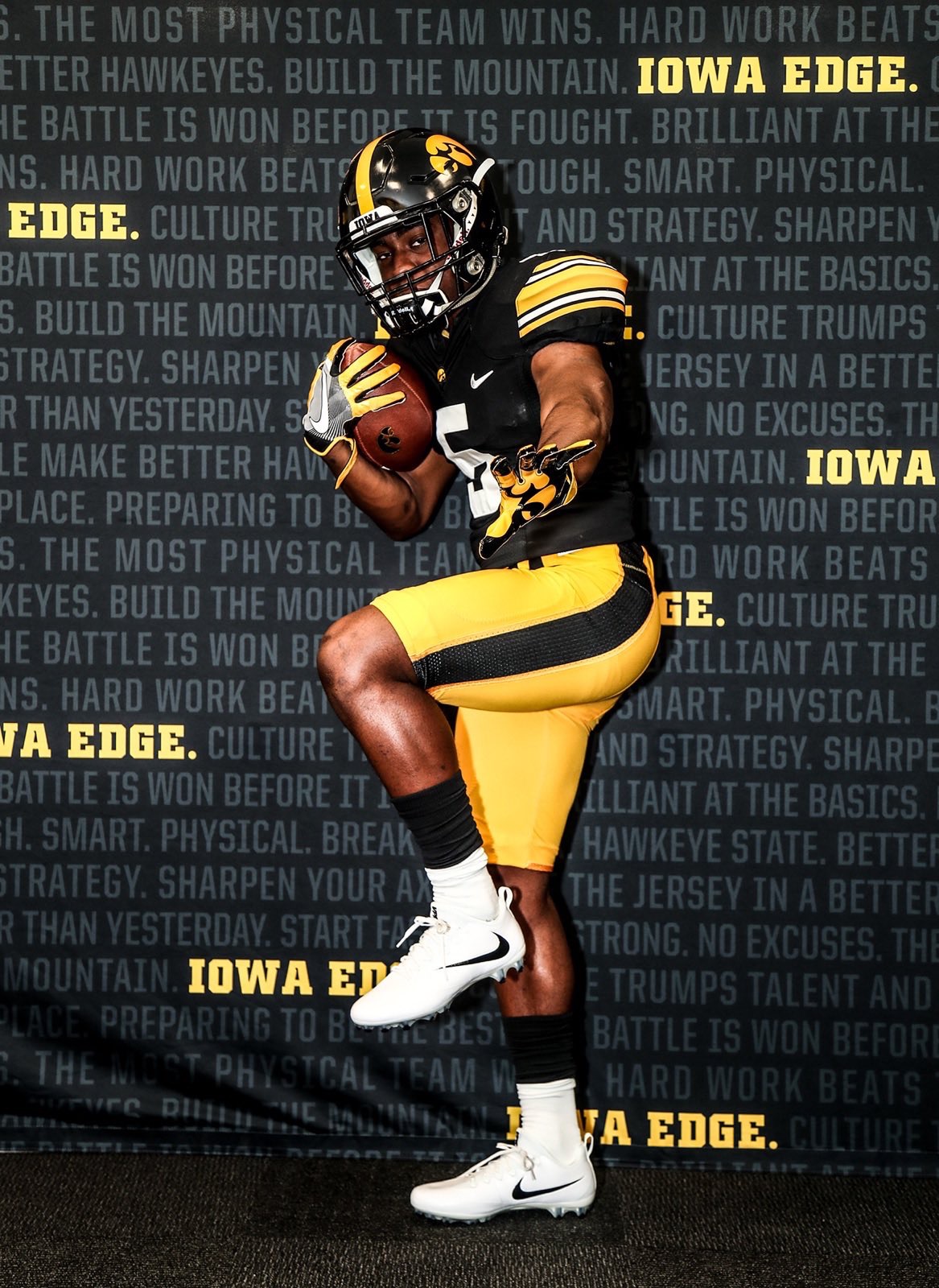 Iowa City, Iowa – Georgia running back Tyler Goodson has committed to play for Coach Ferentz and the Iowa Hawkeyes. Goodson, listed as a 3 Star runningback on both Rivals and 247, made his announcement by releasing a custom commitment video that he released on Twitter a few minutes ago. Lots of hard work in this video! Check it out right here:

Goodson ran for 1,437 yards this season and punched it in 25 times. He lead his North Gwinnett team to a state championship this season. He is a top 30 runningback on the national radar, and he ultimately chose the Hawkeyes over West Virginia and Wake Forest.

The Hawkeye coaching staff has good reason to be excited!

For more highlights from Goodson check out the video below: