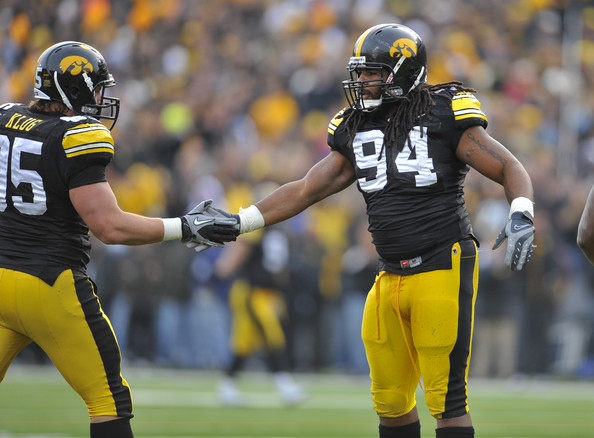 If you’re not a Rams or a Patriots fan you may find yourself thinking there isn’t much to root for in this years Super Bowl. However, there is a bright side to the big game of 2019.

Both teams employ several former Hawkeyes. Wide receiver Riley McCarron and offensive lineman Cole Croston are representing the Patriots from the practice squad, meaning they will not be available to play in the game. Much like tight end Henry Kreiger-Coble for the Rams, who is also on the team’s practice squad.

Also representing the black and gold for the Rams is starting guard Austin Blythe. Blythe was a four-year starter during his time at Iowa. Drafted in the seventh round of the 2016 NFL Draft by the Indianapolis Colts, Blythe was released following his rookie season where he was claimed by the Rams. After serving as a backup in 2017 Blythe opened the season starting in place of suspended starter Jamon Brown, a role he never relinquished.

Patriots starting defensive end, Adrian Clayborn, is also making his second Super Bowl appearance this weekend. Ironically, the first was a 34-28 loss to the New England Patriots while he playing for the Atlanta Falcons. Yes, that was the 28-3 game.

Clayborn played for the Hawkeyes from 2006-2010 finishing his career as a two time first team all Big Ten (09-10) and a consensus All-American in 2010. Clayborn was drafted in the first round of the 2011 NFL Draft by the Tampa Bay Buccaneers. He later signed as a free agent with the Falcons. This is Clayborn’s first season with the Patriots and he’s looking to cap it off with a Super Bowl ring this Sunday.

So if you can’t decide who to root for in the Super Bowl this year keep in mind the former Hawkeyes who’ll be taking the field.