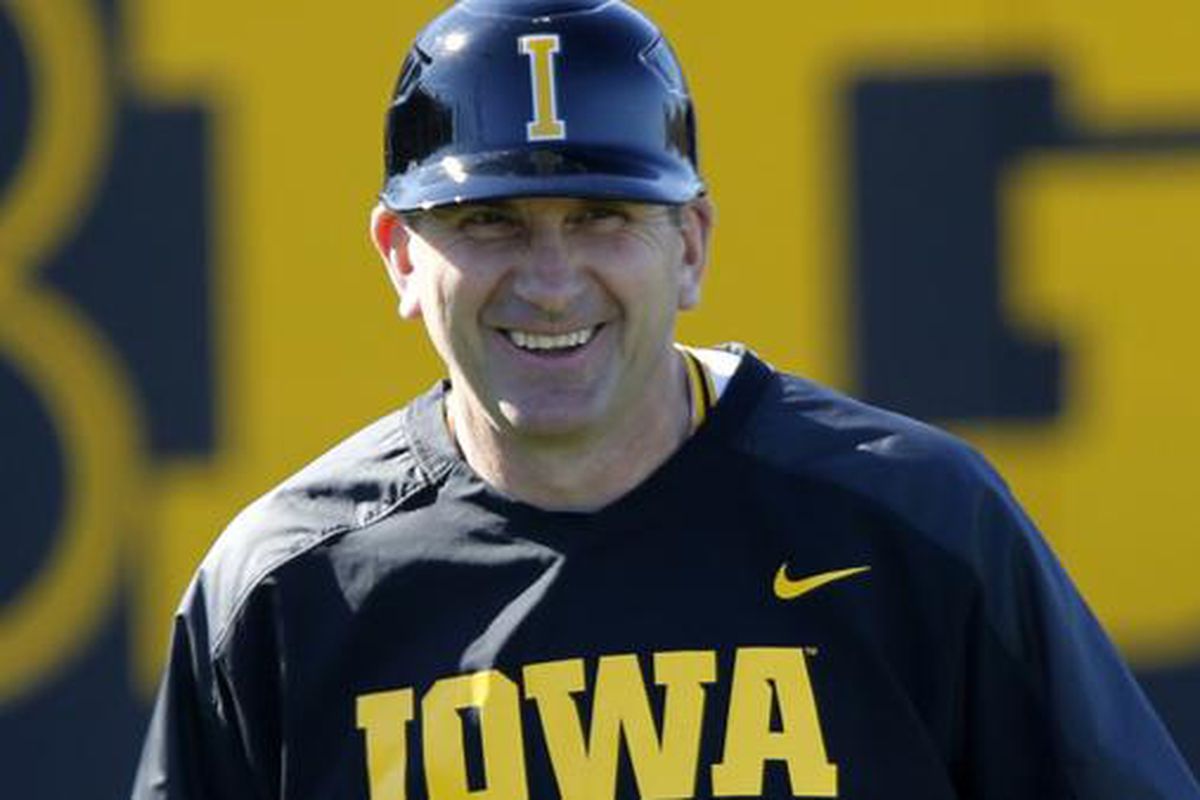 Baseball is back, baby!! The Iowa Hawkeyes opened their season down in Kissimmee, Florida this past weekend. The team lost many of its top hitters from last season to either graduation or the MLB amateur draft that took place last Summer. However, coach Rick Heller has a lot of faith in his weekend starters which could propel the Hawkeyes to their third regionals in the past four years, if the bats are able to do what they need to do.

The Hawkeyes best starter Cole McDonald took the bump for their season opener against George but didn’t have his best stuff on Friday night. The Patriots were chosen to finish fifth out of thirteen teams in the A-10 conference, but as we know from the Iowa basketball team, predictions mean little to nothing. Last years A-10 player of the year, Logan Driscoll, hit a homer to give the Patriots a 3-0 lead in the bottom of the third. Austin Martin, a JUCO product, scored the Hawkeyes first run of the year on a solo home run. Reliever Kyle Shimp, who missed the last two months of last years season, had an impressive sixth inning striking out the side. However, he was roughed up in the seventh inning giving up three runs. The Hawkeyes struggled with runners in scoring position, going 0-10. Six Hawkeyes made their D-1 debut.

The Hawkeyes other proven starter, Jack Dreyer, dominated a helpless Pitt Panthers lineup that only managed to get two hits off Dreyer in five and a third. Dreyer also fanned ten Panthers. Ben Norman paced the offense on Saturday morning, starting the scoring with a two run dinger in the bottom of the second. He also added a two RBI double in the third inning, which brought him to a career high four RBI day. Matthew Sosa made his first career start in a Hawkeye uniform and provided three RBI’s for the Hawks, two which came from a clutch two out scorching line drive in the seventh inning. Two out RBI’s were a theme all day, with seven of their ten runs being scored with two outs. Relievers Trace Hoffman, Ben Probst, and Shane Ritter threw a combined 3.2 innings and only gave up one hit, while striking out five. This is a game that the Hawks needed to, and did win, with Pitt being picked to finish last in their division within the ACC.

The Hawkeye pitching was lights out for the second day in a row, flirting with a no-hitter. Two way player Grant Judkins tossed six no hit innings while whiffing eleven different hitters. Cam Baumann, Duncan Davitt, and Jason Foster finished the day from the pen, only giving up one hit, and striking out five more Thundering Herd batters. Davitt was guilty of giving up the only Hawkeye hit of the day, but responded in grand fashion striking out the side. Not a bad college debut for the freshman. The Hawkeyes most proven hitter finally had his breakout day, notching three doubles and two RBIs in four at-bats. This would’ve been the first combined no-hitter in the history of Iowa baseball. Once again, this is a team the Hawkeyes should’ve beaten on paper, and did so on the diamond. Marshall finished last in all of Conference USA in last years campaign.

The Hawkeyes will travel to Honolulu to face off with the Rainbow Warriors in a four game series this weekend. Hawaii is projected to finish seventh in the Big West conference, but return all three weekend starters.