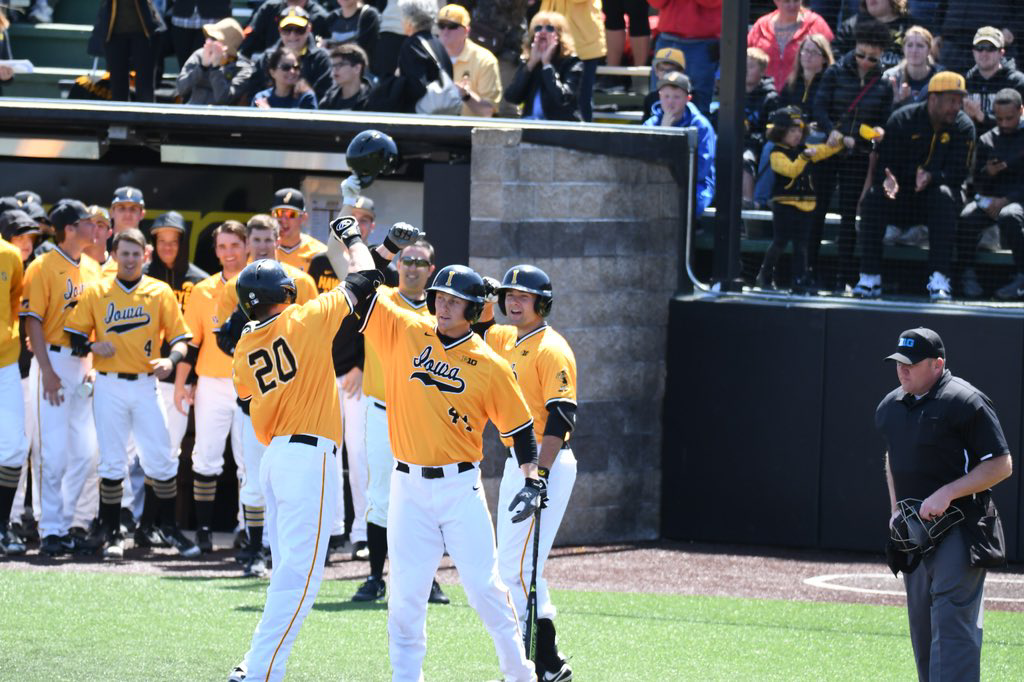 Iowa came from behind to defeat WIU in Macomb. The Hawks trailed for most of the game, falling behind 4-0 in the 3rd inning. Iowa responded to tie the game with 3 in the 5th and 1 in the 6th. Iowa finally pulled ahead in the top of the ninth, when Mitch Boe stole home to give the Hawks a 5-4 lead they wouldn’t relinquish.

Iowa had seven hits today. The leaders were Tyler Cropley going 2-4 with 2 RBIs and Justin Jenkins, who went 2-4 with an RBI and a run scored. Mitch Boe also went 1-3 scoring two runs, including the game winning run on the steal of home.

Kole Kampen had his first start of the season today, pitching 2 innings allowing 1 run on 2 hits and a walk while striking out two. Shane Ritter had a rough day, giving up 3 runs without recording an out, he gave up a hit, a walk, and also hit a batter. Grant Leonard had a very strong performance out of the pen today. He pitched six innings without allowing a run to earn the win. He gave up just 2 hits and no walks while striking out six. Zach Daniels came in for the ninth, but he only got one out before walking back to back batters on 8 total pitches. Nick Nelsen came in to get the last two outs, earning a save.

Iowa secured their 30th victory of the season, improving to 30-18. After last weekend’s series loss to Northwestern, this was a must win in terms of keeping Iowa’s at large hopes for the NCAA Tournament alive. D1Baseball.com moved Iowa to the First Five Out category, as Iowa’s RPI is now up to 64, which is not where it needs to be. Iowa’s final regular season series is a home series against Penn State, starting Thursday at 6:05.