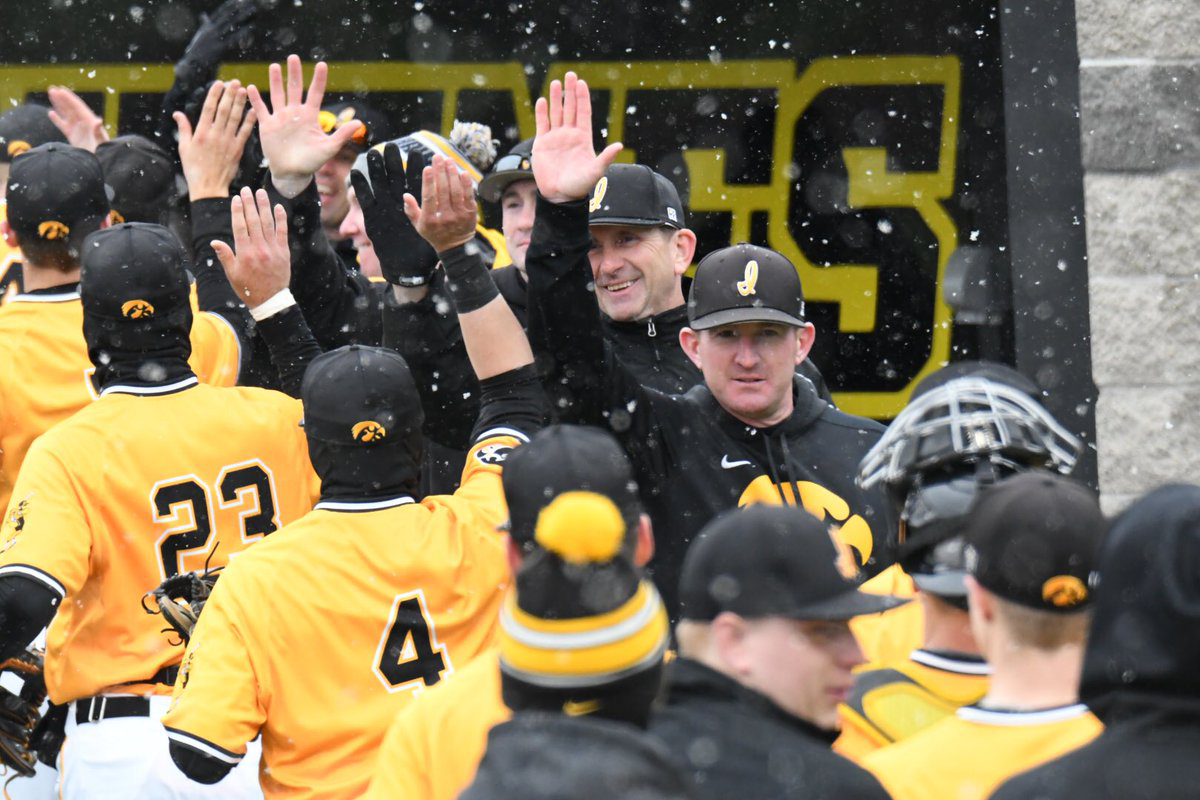 Altoona, IA – The Hawkeyes had a 2-0 victory of the Northern Illinois Huskies today. The Hawkeyes scored two in the third with RBI’s from Tyler Cropley and Lorenzo Elion. That was the only scoring in the game. The Huskies did not have a hit until the top of the 8th inning, where they singled.

Iowa had a quiet day on offense, managing only 2 runs on 8 hits. Robert Neustrom was the only Hawkeye with multiple hits, going 2-4. Tyler Cropley was 1-3 with a sacrifice fly, while Lorenzo Elion was 1-4 with an RBI.

Trenton Wallace drew the start today, going 2 innings allowing 0 runs on 0 hits and one walk while striking out two. Ben Probst pitched two shutout innings, allowing no hits and two walks while striking out one. Jack Dreyer also pitched two shutout innings, allowing no hits, earning the first victory of his career, and going to 1-2 on the season. Shane Ritter also pitched a no-hit inning. Cam Baumann gave up a single without recording an out. Nick Nelsen pitched one shutout inning. Zach Daniels pitched a perfect ninth to earn his third save of the season.

The Hawks improve to 22-11 with the victory today, and are back in action this weekend against Minnesota in what could be a series with major implications. As of this moment, the Hawkeyes have a solid RPI of 41, while the Gophers sit at 39. D1Baseball.com currently has both teams in the NCAA Tournament, with the Hawkeyes a 3 seed in Vanderbilt’s region, and Minnesota a 2 seed in Stanford’s region. The Hawkeyes were not among D1Baseball’s last five in the field. Winning this series would give the Hawkeyes more breathing room to be consider for an at large birth.

Currently the first game is scheduled for Friday at 6:30 in Minneapolis, but as always, the weather could change the series.

Kirk Ferentz Is Certain The Wave Will Last Forever