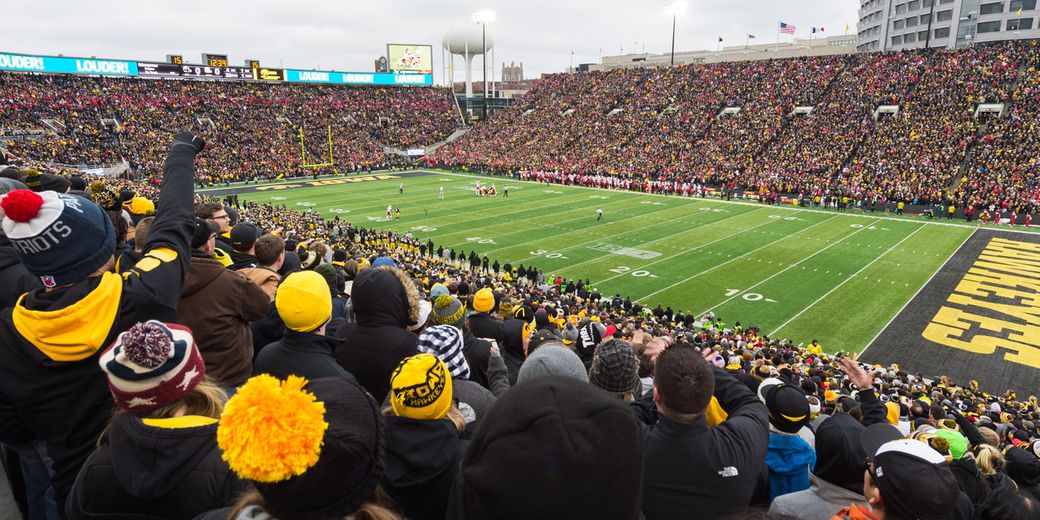 Iowa City, IA – Season ticket prices always seem to be a hot topic in the state of Iowa. Every year there are back and forth conversations between Iowa and Iowa State fans. The argument is always about the ticket prices being expensive for Hawkeye games so that’s the reason for open seats at Kinnick. Hawk fans quickly resort to telling fans of the guys out West that it’s easy to sell tickets week after week when prices are as cheap as a six pack of beer. Regardless where you stand in the mix, the cost to attend a college football game has gone up in recent years, and the results are showing with attendance.

For a family of four to go to a home game you’re looking at spending between $500-$700 on average.

You’re looking at about $85 per tickets if you want to watch a game against a solid opponent in Kinnick Stadium. Plus the cost to park, buy tailgate supplies, food and drinks in the stadium, and gas to get to and from the game. It is easy to see why more and more families are deciding to watch games from the confines of their own home.

The University of Iowa released ticket prices for the upcoming season today. Perhaps the least shocking news in the world is that it’s still going to be expensive to see the Hawks in person, especially if you want to attend games against Iowa State and/or Wisconsin.

Below you’ll find the updated ticket information for this season.

General Public: $415
This includes tickets to each of the 7 home games for the 2018 season. Purchasing a season ticket will save you $80 as opposed to buying single game tickets all season long.

The Athletic Department is also offering a neat option called the “Fight For Iowa” pass. It will cost you $250. The pass guarantees you a different seat to every home game this season. This is a unique option for Hawkeye fans who don’t mind viewing the game from a different seat each week. You’ll have to act quick though, as only 1,000 of these will be sold.

Lastly, the three game mini-packs are an option again this year as well. They’ll be sold for $195 and fans will have the option to choose from three of the following games: Either Iowa State or Wisconsin, either Nebraska, Northwestern or Maryland, and lastly either Northern Iowa or Northern Illinois. These tickets go on sale June 7th.

Ahmad Wagner Wants To Be A Hawkeye On The Gridiron