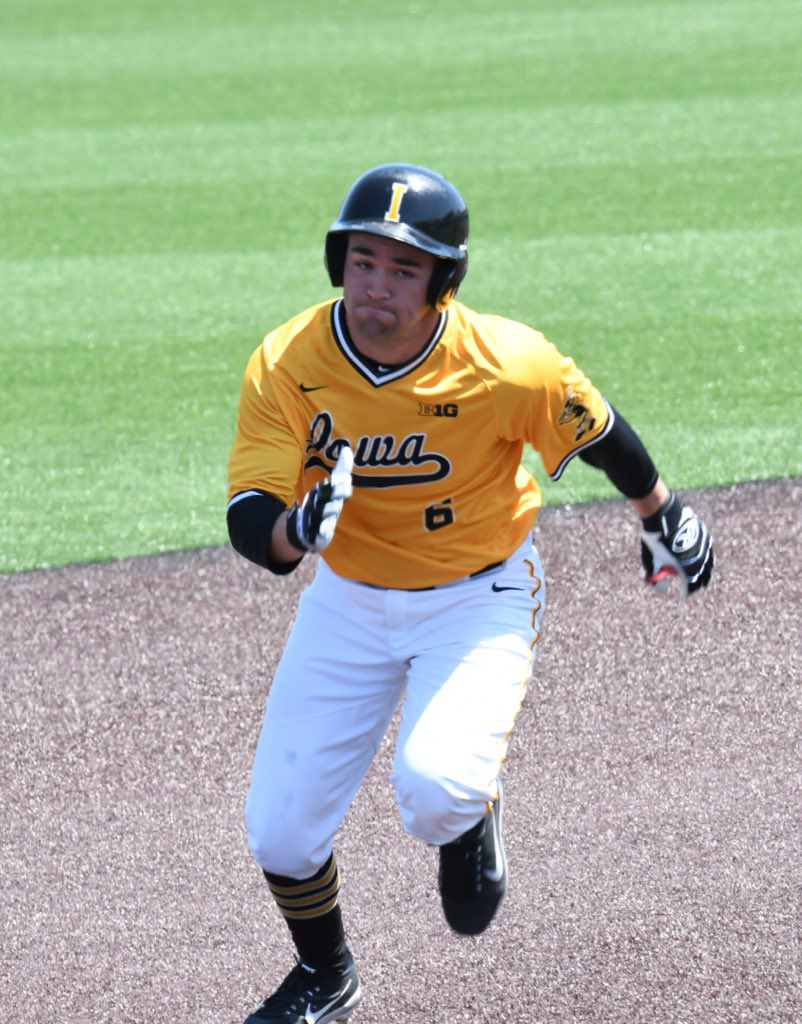 Altoona, IA –  Iowa dropped two of three in Evanston against the Northwestern Wildcats this past weekend. It was a devastating series loss to one of the worst teams in the conference. In game one Friday, Iowa battled back from a 5-3 ninth inning deficit to tie it, and took a 6-5 lead in the top of the tenth. The Wildcats then walked off Iowa with a two out two run single off Grant Leonard to end the game. Iowa didn’t manage much off anything in game two, falling 4-0. It was just Iowa’s second time in Big Ten play failing to score a run.

Game 3 got off to a much better start for the Hawkeyes, as they took an early 2-0 lead in the second. Northwestern responded with a 3 spot in the third to take their only lead of the game. Iowa scored two in the fourth to take a 4-3 lead, and they never trailed from that point on. Northwestern used a 3 run homer in the ninth to make the score look better than it was, as Iowa won 10-7.

Iowa had a solid offensive performance in game 3, managing 14 hts. Matt Hoeg had a big game, going 2-4 with a home run, 2 RBIs and 3 runs scored. Robert Neustrom went 2-3 with a home run, his 11th of the season, an RBI, 2 runs scored, and he was also walked twice. Ben Norman was 3-5 with 3 RBIs, 2 runs scored, and a double. Justin Jenkins was 2-4 with a double and a run scored. Mitch Boe was 2-5 with an RBI and a run scored.

Jack Dreyer had another quality performance in replace of an injured Cole McDonald. He went 5 innings, allowing 3 runs (only 1 earned) on 4 hits and 2 walks while striking out 6. He earned the win for the second weekend in a row. Ben Probst pitched 1 2/3 innings allowing 1 earned run on four hits while striking out one. Cam Baumann allowed 3 runs in 2 innings while giving up 3 hits and a walk while striking out two. Zach Daniels got the last out of the game to earn the save.

The Hawkeyes went to 29-18 on the season, and 10-9 in B1G play. The Hawkeyes are currently 7th place in the B1G. Iowa is 1 ½ games ahead of Maryland and Michigan State. The top 8 teams in the conference qualify for the B1G Baseball Tournament in Omaha. Iowa is also a half game behind Indiana and 2 games behind Ohio State and Illinois with one weekend series to go. Iowa’s chances at qualifying for the NCAA Tournament as an At-Large team took a major hit, as their RPI fell 13 spots, they currently rank 63rd. Next week the Hawkeyes have a Tuesday road game against Western Illinois (RPI 281) and a weekend series hosting Penn State (RPI 239) to close out the season. It is imperative for the Hawkeyes to take care of business this week in order to set up for a postseason run.

Hawkeyes Come From Behind To Defeat WIU