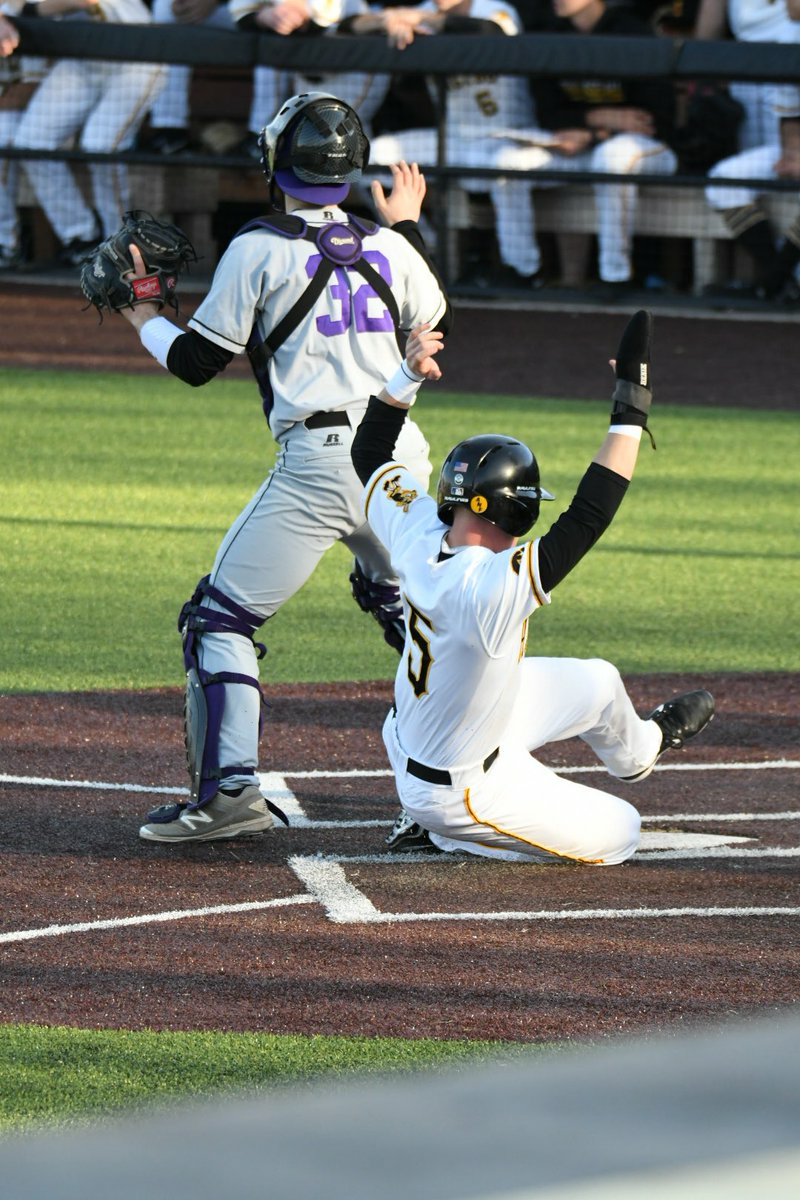 The Hawkeyes successfully completed the weekend sweep of the Evansville Purple Aces with a dramatic 4-3 victory.

Iowa took the lead for good in the 8th inning with an RBI single from Tyler Cropley to break a 2 all tie. Cropley ended up 2-3 with an RBI single and a walk. Kyle Crowl had another big game going 2-4 with two RBIs and 1 run scored. Zion Pettigrew came off the bench to tie the game at two with an RBI single in the 7th in his only at bat of the game.

Cole McDonald pitched five strong innings allowing two runs (only one earned) on five hits and three walks, while striking out four. The bullpen was better today, with Zach Daniels going 3 1/3 innings allowing just 1 run on 2 hits, while striking out five. He also earned the win to go to 2-1 on the season. Grant Leonard got the last two outs to secure the victory. Leonard earned the first save of his career.

Iowa improves to 11-6 on the season, and is back in action with a Tuesday game against Saint Louis in Iowa City. First pitch is at 3:05 PM CT.