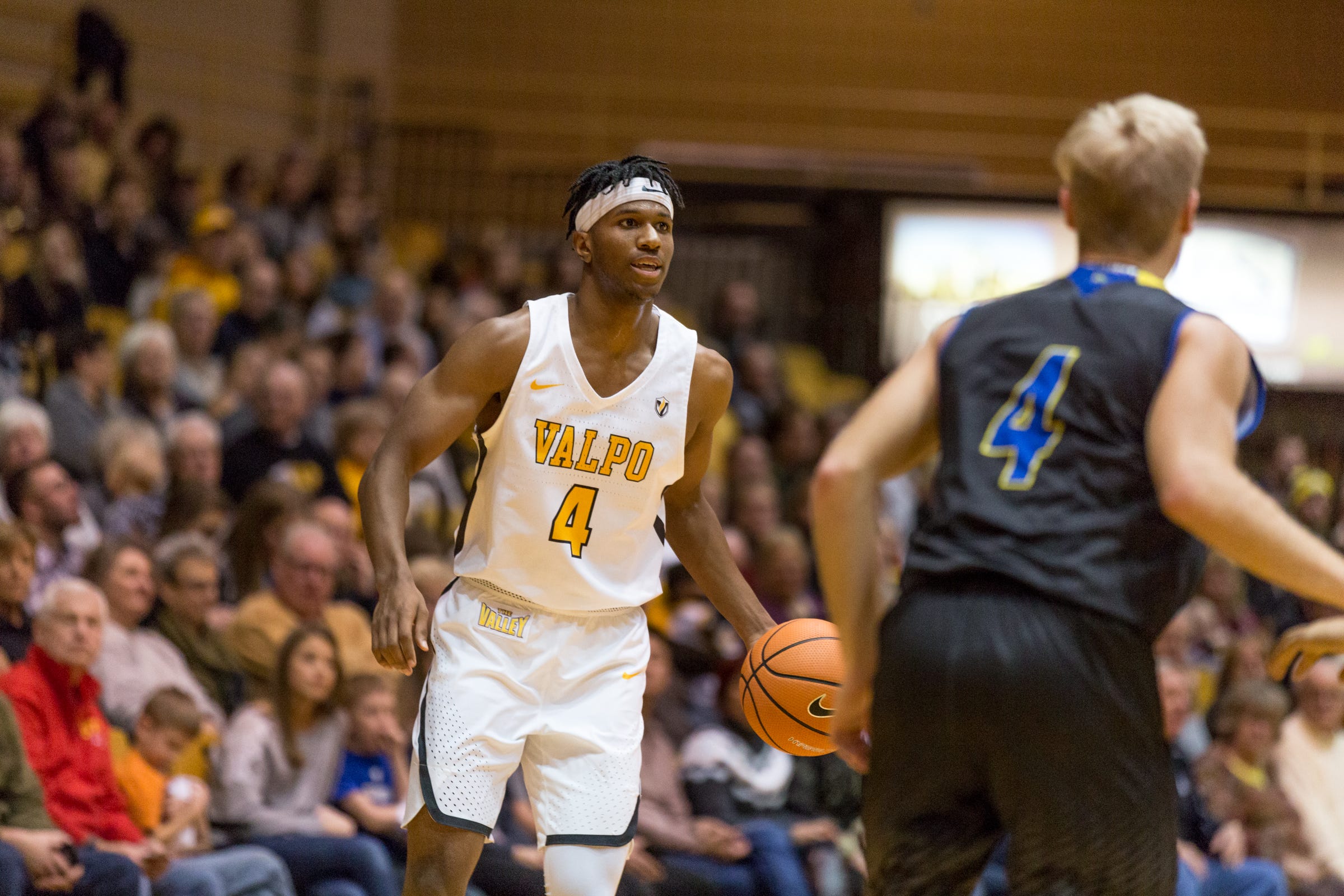 Bakari Evelyn began his college basketball tenure in the BIG 10 and has made the decision to return.

Evelyn, a graduate transfer guard from Valparaiso University who played in 17 games for Nebraska his freshman year, will be joining the Hawkeyes in 2019 with immediate eligibility.

While at Valpo and competing for two years in the Missouri Valley Conference (MVC) with cross-state rival Northern Iowa, Evelyn scored moderately, putting up an average of 10.5 points per game. The leading scorer in the MVC, Tyreke Key of Indiana State, averaged 17.4 points per game in 2018.

Evelyn was known as a three-point specialist for the Crusaders, leading the squad and ranking 16th in the MVC with 1.5 three pointers per contest in 2018. He made 105 in his two-year span in Indiana. As a sophomore, the point guard also averaged 1.4 steals per game, putting up a total of 62 in two years.

More known as a combo guard, having his point guard minutes come in his sophomore year and moving to more of a shooting guard role as a junior, his numbers dropped to 8.4 points and 2.1 assists per game after being named to the All-MVC Newcomer team.

With the future of starting point guard Jordan Bohannon in question due to hip and labrum surgery, the acquisition of Evelyn could not come at a better time. Assuming the 6-foot-2 Detroit native can return to his sophomore year form, he will be able to step in and contribute right away for the Hawkeyes. Providing a solid three point shooter and defensive go-to guy to cause turnovers, will be the peak of his role in Iowa City.

Assuming Bohannon will not be playing in 2019 for the Hawkeyes, Evelyn will be joining four-star recruit Joe Toussaint and red-shirt freshman CJ Frederick in the backcourt. Joe Weiskamp may join the young crew, as he has been able to play between the shooting guard and small forward position as well.

With the departure of Tyler Cook, Isaiah Moss leaving town and, of course, Bohannon’s surgery, good news of the transfer joining a backcourt in need of some depth couldn’t have come at a better time for Hawkeye fans.

Evelyn claims he’s “not coming in here to save [the team],” but he’ll certainly help.