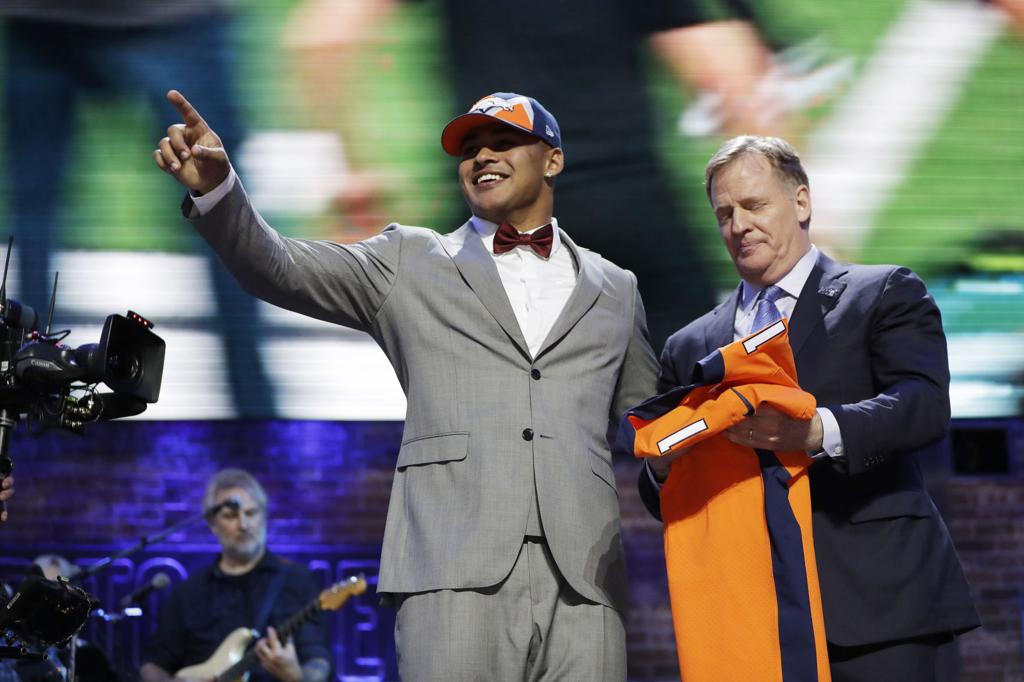 With the twentieth overall selection the Denver Broncos make Noah Fant and TJ Hockenson the first pair of tight ends from the same school to be drafted in the first round.

The Broncos passed on the opportunity to draft a quarterback with the tenth selection in this years draft, and instead elected to trade back with the Steelers to number twenty. This points towards a willingness to see what new quarterback Joe Flacco has to offer the team. Twenty two picks later they selected a quarterback by the name of Drew Lock out of Missouri, who will surely compete for the starting quarterback position.

Fant enters a tight end group in Denver that will have some recent draft picks already there as competition for the starting spot. Michigan’s Jake Butt and Wisconsin’s Troy Fumagalli were each members of the previous two draft classes. Former Hawkeyes, linebacker Josey Jewell and long snapper Casey Kreiter, will also welcome Fant to the Denver roster.

Butt has battled injuries throughout his short NFL career preventing him from truly reaching his potential, and Fumagalli is not near the athlete or receiving threat as either Butt or Fant. Denver has space on their roster for all three players and each of them should play a role in the upcoming season.

Fant should be expected to come in and dominate snaps early on. His rare athleticism at the tight end position creates match-up nightmares for defenses. He catches the ball really well in traffic and has the ability to extend beyond his catch radius and catch passes that for most would be incomplete.

Not only should Fant take control of the tight end position, he should receive plenty of targets early and often. In an offense that features Cortland Sutton, DaeSean Hamilton, and Phillip Lindsey, there should be opportunities for the ball to be spread around.

Fant is not a one trick pony however. While not his defining characteristic, Fant is an underrated blocker. When he was able to get his hands on defenders he often times finished them into the ground. He may not be as polished as his former teammate in this area, but he does enough to warrant keeping him on the field all three down.

It doesn’t seem like all that long ago this team employed Peyton Manning, Demaryius Thomas, Julius Thomas, and Knowshon Moreno and appeared to have a lack of youth on their roster. Now most of their offensive weapons are still playing on their rookie contracts. It will be interesting to see how this roster grows together, but one thing is a near certainty. Noah Fant is going to terrify defenders at the next level.