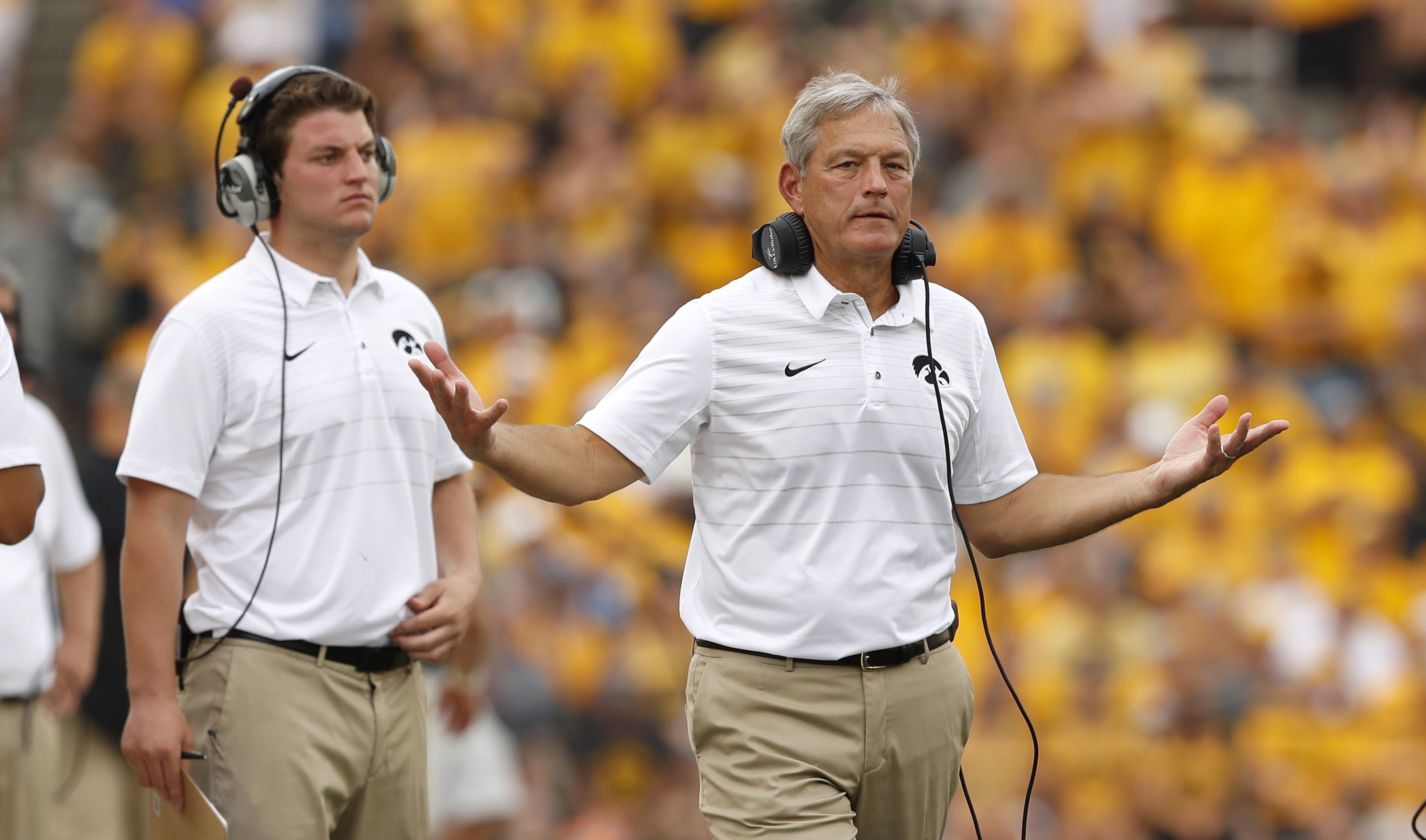 Iowa City – Now and again the lime light focuses on the least expected person during a game.

Against North Texas, that’s exactly what happened. It wasn’t cornerback Josh Jackson, despite his blocked field goal and interception, or the running back duo of Toren Young and Ivory Kelly-Martin who saved the day after two untimely injuries. It was someone else who stole the show Saturday inside Kinnick.

They accounted for 182 yards during the game and numerous other time freezing moments. No one was more noticeable in this game.

If you haven’t caught on yet, our “difference makers” for the Iowa vs. North Texas game were the officials.

Kinnick Stadium experienced deja vu to last years loss to Northwestern when the fan temperament outweighed the warnings not to throw projectiles onto the field. Less was hurled towards the turf in this game, but the frustration persisted.

Even as the band queued up Hawkeye Victory Polka, referee Jeff Servinski halted the game to take another review break. The Iowa faithful let him know how they felt in a collective boo and sarcastic exclamation when the ruling on the field was given. This was all with under two minutes remaining.

Jokes aside, this officiating crew pulled two would’ve been touchdowns off the board.
The first, a Nick Easley touchdown turned fumble. Despite the original call being a touchdown, Servinski announced a touchback in favor of North Texas. Whether he fumbled or not, there was not indisputable evidence if the ball had come out prior to crossing the goal line.

Later, running back Akrum Wadley unleashed a 68 yard run bound for the endzone. In his final steps before the endzone Wadley decided to throw in a couple of his“high steps” in celebration. That was deemed unsportsmanlike. Iowa had the touchdown called back, and ended up on the North Texas 21 yard line.

That call has perplexed Hawkeye fans on social media and beyond since Saturday afternoon. A slight high step, in these referees eyes, warranted taking points away.

On the flip side, that seems to be an infamous point of emphasis for the officials.
Some of those rules aren’t coming with the consistency. Which is ultimately where the problem lies.

Ferentz claimed responsibility and placed it on sloppy play and poor decisions that led to some penalties. In the case of Wadley, he had a more direct response.

Overall, both teams dealt with numerous penalties. North Texas was tagged 13 times for 119 yards while Iowa only six-time for 63 yards. The referees scattered flags all over the field.

The cherry on top was the use of the instant replay system. Beyond the disputed Nick Easley touchdown, the referees relied on replay more than ever. To be frank, it’s like they weren’t watching the game.

Like any football game, some calls need a second look. Saturday, plays that seemed clear as day from the highest point in the south end zone earned extra attention. The words “the previous play is under review” are scarred forever in the minds of the over 65,000 who attended.

The crew wasn’t all one unit from the same conference. Maybe that was the reason for their poor outing. Whatever the cause, the call against Akrum Wadley has been the talk of Iowa City since, and it’s safe to say all Iowa fans would agree that the officials on Saturday were much too front a center.