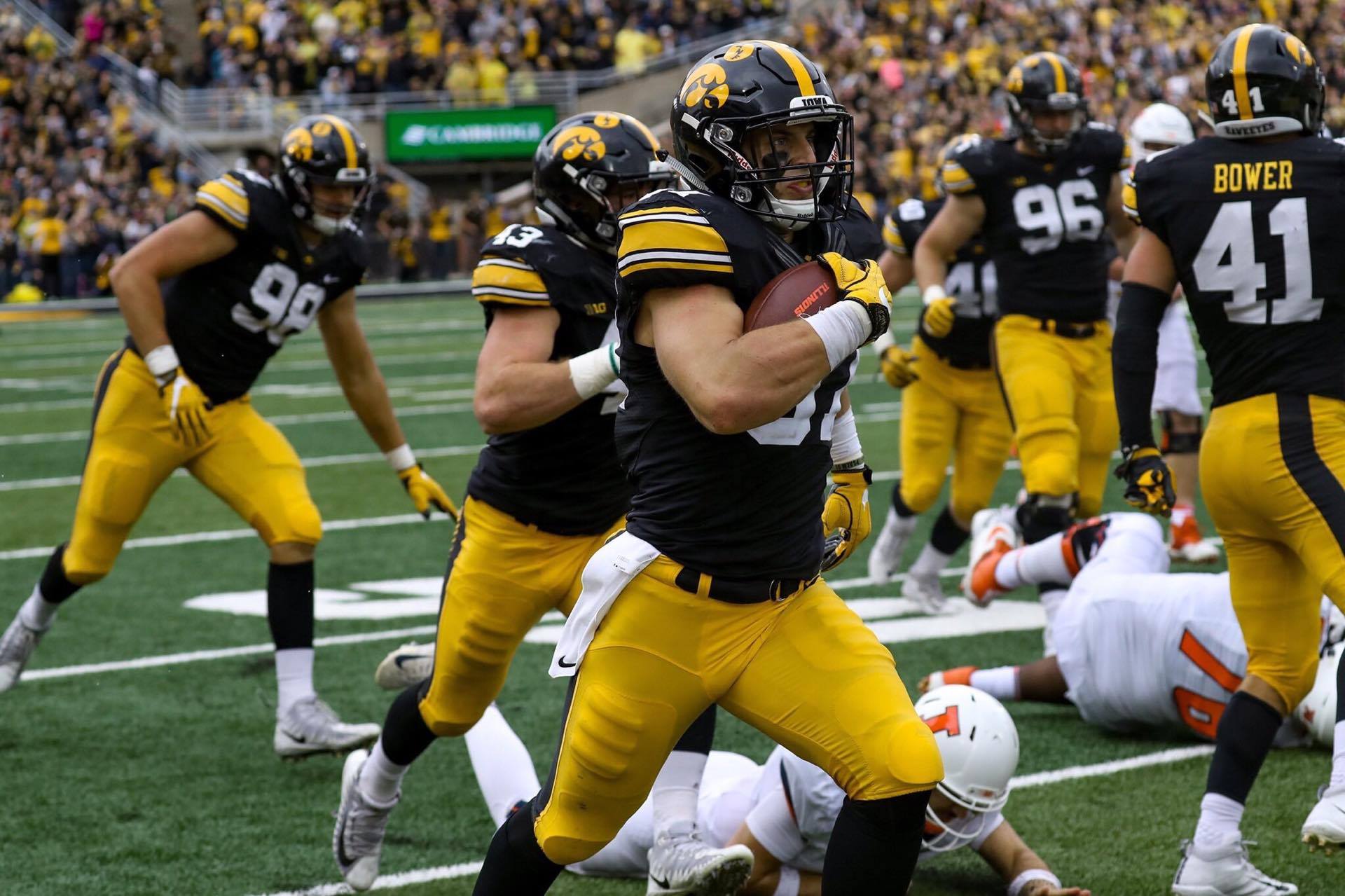 Iowa City – With his second season as starter at safety on the horizon, junior Brandon Snyder was looking at a bright career as a Hawkeye.

An average, everyday spring practice on April 6 changed all that.

Snyder was injured with what ultimately turned out to be a torn ACL. The feared was, as is normally the case, that he would be lost for the entire season. He eventually underwent knee surgery and launched himself directly into the recovery process.

He recorded 85 tackles and three interceptions in his first year as starter. His loss, at the time, a major blow to the rebuilding Hawkeye secondary.

Thrns out, Snyder flew through his recovery, something he credits to his faith. He was back to full playing strength in time to take on Illinois for homecoming. He started at safety only six months removed from an ACL tear.

“I was just trying to take in the moment,” Snyder said after the game. “To be back in Kinnick Stadium, it’s something that you missed. It’s something I took for granted but I appreciate it a lot more through this.”

Not only did he start, but he starred in his first game back.

Snyder only recorded three tackles against Illinois but his presence was felt on many more plays. In addition, he notched two pass breakups. Of the plays he was involved, his hard-hitting style of last year showed once again.

Nothing marks a comeback like an 89-yard interception return for a touchdown that sparked Iowa to extend its lead. It was a key momentum shift that lead to the 45-16 win.

Does this look like a guy that blew his ACL out 5 1/2 months ago?
Brandon Snyder isn't human.#Hawkeyes pic.twitter.com/IjlB…

“They were driving the ball, and they did a good job today offensively,” Kirk Ferentz said. “To get the interception was big, and then to turn it into points was even bigger. Just seemed like that got us moving.”

Having Snyder back adds more than just another talented player to the secondary in addition to newly emerging Amani Hooker. He contributes as a veteran voice and knowledgeable asset.

Josh Jackson told reporters Tuesday that Snyder knows the entire defense. In a defense that is playing to par most weeks, another voice is always beneficial.

“Brandon has a great knowledge base, so when he got back here, he was able to play and play fast,” Ferentz said.

Even in a strong performance, Snyder still mentioned areas he needs to improve. In all, it was still his first game action in a while.

“I didn’t tackle as well as I wanted to today. That’s something I need to improve on,” Snyder said. “That’s not something you can really simulate in practice. Live tackling with live backs.”

The key over the next few weeks, get back into a flow with his teammates. Ultimately getting better each day. There is always fear when a player returns from injury, but after his performance today, it is safe to say Brandon Snyder’s return is going to have a major impact on the Iowa defense.

Hawkeye’s Bust Out on Homecoming Saturday

Hawkeyes Using Youth to Their Advantage